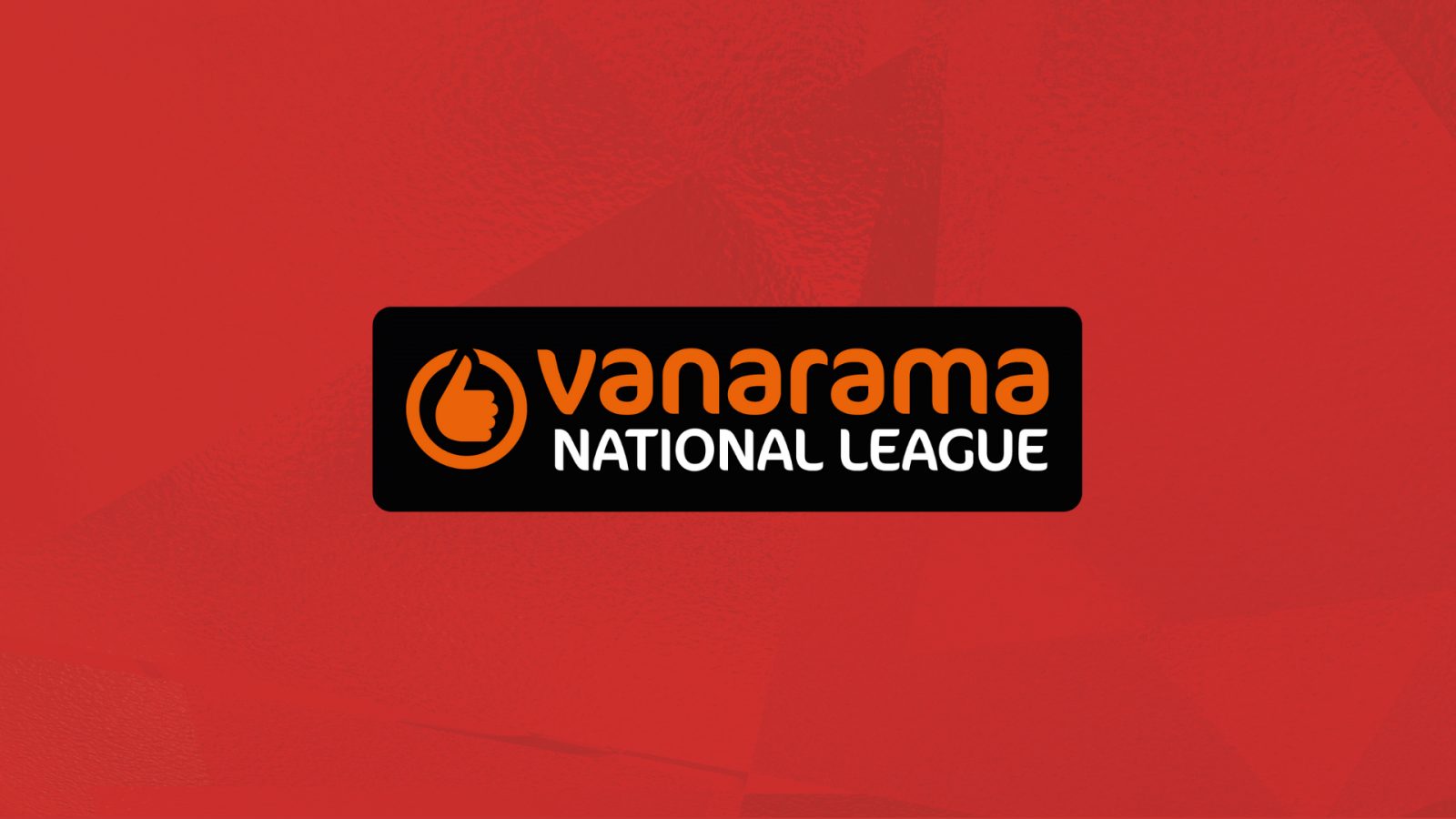 It was a busy Tuesday evening in the Vanarama National League, with a total of 10 midweek fixtures being played, including Altrincham’s 2-2 draw against Chesterfield following Ajay Leitch-Smith's dramatic late equaliser.

Stockport County continued their rich vein of form, comfortably putting five past King’s Lynn Town. Jordan Keane, Ryan Rydel, Oliver Crankshaw, Ben Barclay and Connor Jennings all managed to get on the scoresheet for the Hatters.

Dover remain in search of their first league win of the season, losing 3-2 to Wealdstone. A Jayden Sweeney brace and a goal from Joshua Umerah was enough to secure an important three points for the travelling side.

Solihull Moors crept into the play-off positions following their 2-0 victory against Grimsby Town. Adam Rooney and Joseph Sbarra netted for the home side, which saw them deliver a fourth defeat in five games for Grimsby.

Yeovil and Wrexham both chalked up 2-1 wins, with Yeovil defeating Bromley and Paul Mullin’s late strike seeing Wrexham clinch victory against Halifax away from home.

A Lewis Kinsella goal saw Aldershot beat Torquay 1-0, only their fourth win of the season, whilst a Danny Whitehall strike saw Eastleigh take all three points against Dagenham & Redbridge.

Nothing could separate Boreham Wood and Notts County, who shared the points during their Tuesday night clash. It was the away side who went ahead, with Ruben Rodrigues scoring for Notts after 31 minutes, before Tyrone Marsh grabbed an equaliser inside the 64th minute.

And Weymouth suffered their 10th league defeat this season after losing 3-2 to Woking following a Tahvon Campbell brace and a goal from Rohan Ince for the visitors.

With regards to transfer news, it has been yet another active week of new signings and departures around the National League.

Boreham Wood announced the arrival of midfielder James Comley at Meadow Park. The 30-year-old, a Montserrat international, joins the Wood with a wealth of experience at National League level, having enjoyed spells with St Albans City, Kettering Town and Maidenhead United, amongst others.

Grimsby Town confirmed that Filipe Morais’ contract at the club has been terminated by mutual consent. Morais signed for the Mariners in December, 2020 on a one-and-a-half-year contract and went on to make a total of 16 Sky Bet League Two appearances.

Midfielder Luke Spokes has also left the club - only temporarily, in his case - after joining Spennymoor Town on a three-month loan deal.

To counter the two departures, the club announced the short-term loan signing of Bristol City striker Sam Bell until January. The 19-year-old, who came through the ranks at Ashton Gate, has made a total of seven appearances in all competitions for his parent club and has regularly been involved in the first team matchday squads.

Bromley have confirmed that Sam Skeffington has joined Cray Wanderers on loan until December 20th. The 21-year-old midfielder, who is a product of Millwall’s development system, arrived at Hayes Lane in the summer.

Notts County have announced that Sunderland have recalled Anthony Patterson from his loan following an injury to one of their goalkeepers. The 21-year-old produced a number of impressive performances following his arrival as cover for the then-injured Sam Slocombe, resulting in an extension to his loan until January 9th, prior to his recall.

Dagenham & Redbridge have made the signing of young defender Richard Taylor. The 21-year-old started off in the youth set-up at Premier League side Burnley, making the switch to Southend during their time in League One before joining Barnet on a short-term deal during the 2020/21 season.

Wealdstone have signed 19-year-old left-back Jayden Sweeney from EFL League Two side Leyton Orient on a month's loan. Sweeney has made 12 appearances for the O's in both the National League and League Two and has also spent time out on loan at Bishop's Stortford.

Fulham loanee Connor McAvoy has also extended his loan deal with the club until the beginning of January. The 19-year-old defender initially joined on a one-month agreement back in October and has impressed with his performances so far.

King’s Lynn Town have confirmed the signing of former Stevenage midfielder Arthur Iontton. The 20-year-old joins on a deal initially to the end of the season, however there is an option to extend his stay at The Walks.

And Wrexham’s young defender Ryan Austin has signed a one-year extension to his current contract, taking his deal through to the end of the 2022/23 season.