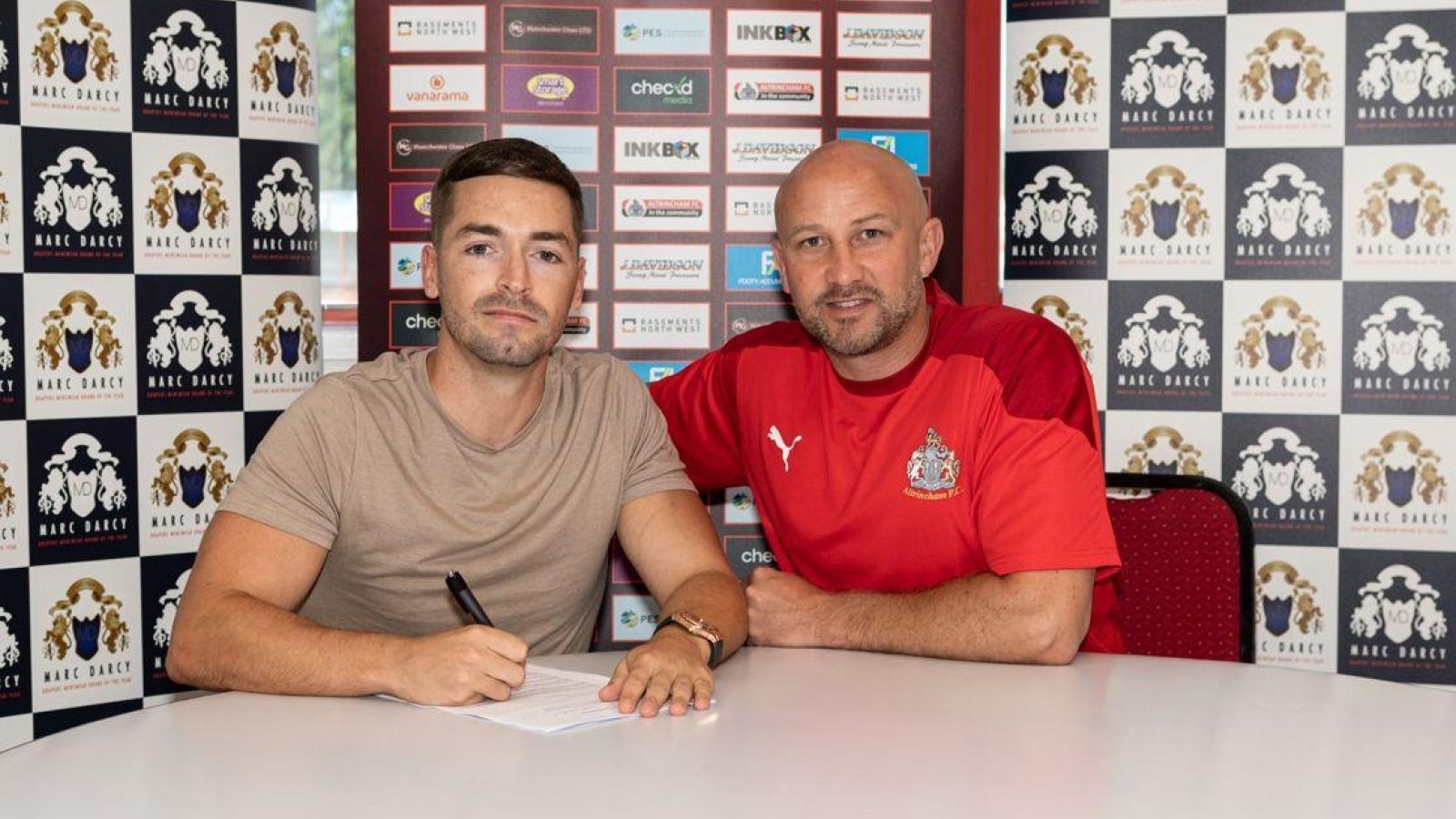 Phil Parkinson has solved an injury problem that was threatening to disrupt Altrincham's start to the new season by signing experienced former Macclesfield Town and Port Vale left-back David Fitzpatrick.

Alty have been rocked by injuries in the full-back position, particularly on the left, where both Andy White and Connor Hampson have been ruled out of the Robins' opening Vanarama National League games.

With Shaun Densmore gradually working his way back to fitness after feeling the effects of tendonitis in his Achilles, Alty were in danger of going into the campaign with Joel Senior as their only available specialist full-back.

That scenario has now been averted after Fitzpatrick took his chance to stake a claim in recent pre-season games, slotting in seamlessly at left-back and sealing a move that is subject to FA and National League approval.

The 31-year old Stretford-born defender has impressed at National League level and beyond in a distinguished career that brought him three England C caps during his time at Southport, where he won the club's goal-of-the-season award with a 30-yard special against FC Halifax Town.

An FA Trophy finalist with Macclesfield in 2017, he played in every one of their 46 league games the following season and earned himself a place in the Non-League Paper's team of the year, as the Silkmen went up as champions to League Two.

He made over 20 appearances for Port Vale last season and is now eager to make the most of a new challenge in the number 19 shirt for Alty, as he explained to press and media officer John Edwards in an interview that can be accessed below.