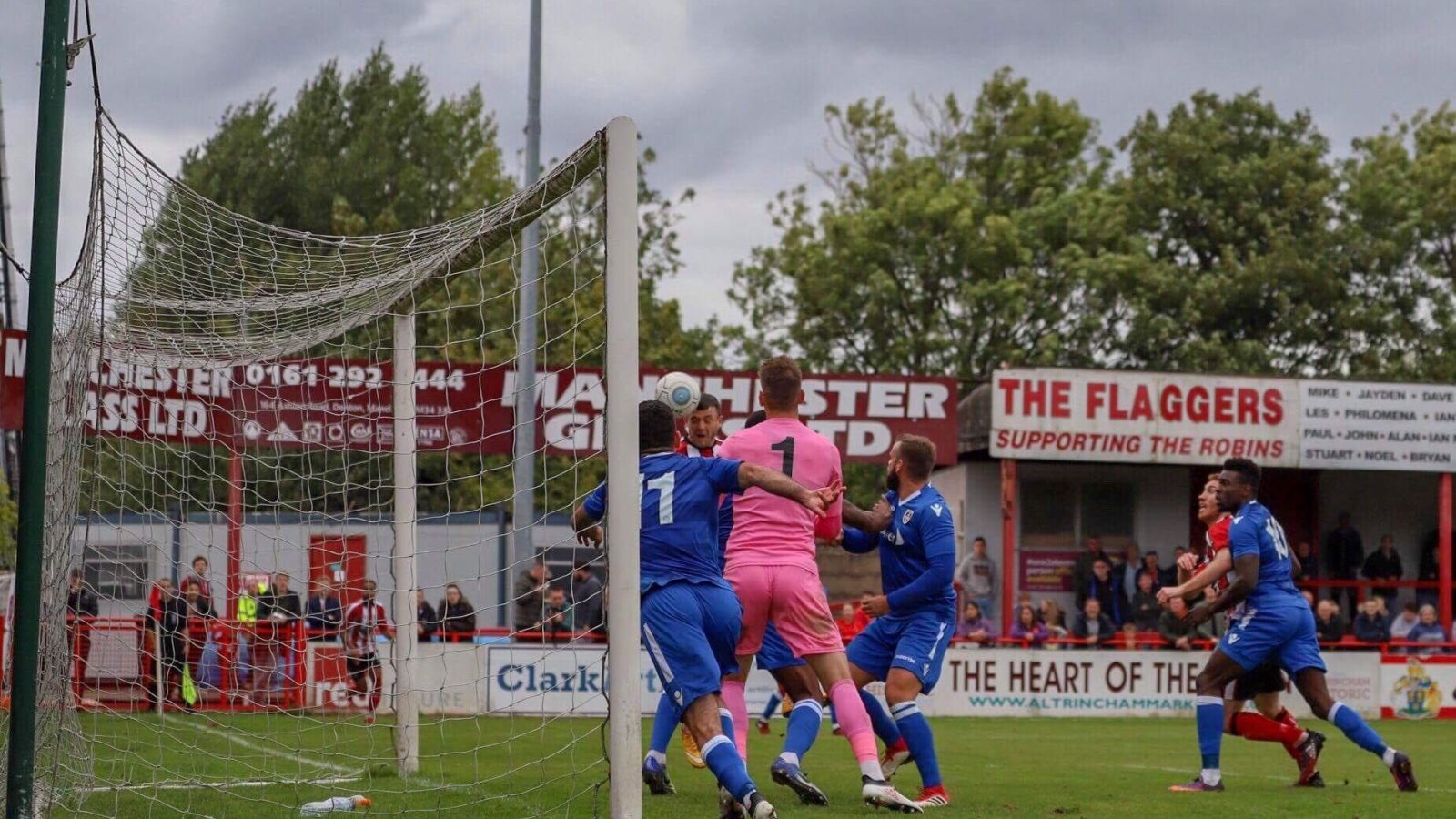 A frustrating afternoon for Alty on Bank Holiday Monday saw Guiseley peg Phil Parkinson’s men back and deny them a second win in three days.

After Jordan Hulme put the home side ahead, they looked likely to grab all three points but central defender Andrew Halls’ equaliser thwarted Parky's men as his 30-yard deflected effort nestled into the bottom corner.

There were two changes from the win over Darlington as John Johnston missed out with his hamstring injury as expected so Brendon Daniels came in for him while Max Harrop replaced Josh Hancock.

The match started in cagey fashion with neither team grabbing a foothold in the match. Guiseley’s tactics were clear to see from the outset as they looked to utilise the height and pace of their two front men, and the long throw and set piece delivery of left-back Niall Heaton.

Chances were few and far between however in the opening half and when Alty did manage to get the ball in the back of the net, Andy White was flagged offside prior to his cross to Jordan Hulme who was frustrated to see the linesman call after slotting home.

The game showed signs of opening up in the final ten minutes of the half and that was the best spell for the Robins. Jordan Hulme was the main threat as always and he had two chances to score shortly before the break with the closest coming as he prodded Max Harrop’s cross, but Guiseley keeper Green stopped it without knowing a great deal about it at close range.

The second half resumed with no changes by either team and Alty broke the deadlock after 57 minutes. Successive corners helped build some pressure on the Guiseley goal and the second corner was played over to the far post where James Jones volleyed it back across goal for that man Jordan Hulme to nod the ball home and put Alty ahead.

The Robins were pegged back however as Guiseley finally managed an effort on target. Central defender Andrew Halls broke out of defence on the halfway line to evade Jordan Hulme's pressure and as he pushed forward, the space in front of him opened up and his deflected low effort from all of 30 yards skidded into Wynne's bottom left corner of the goal to equalise for visitors out of nowhere.

Buoyed by that, Guiseley stepped up a level and made a couple of attacking changes. Elliot Wynne was forced to make a vital intervention just minutes later as he picked up a knock for his troubles as he denied Reece Thompson.

With 15 minutes left on the clock, James Poole made his eagerly awaited return after five months on the sidelines with injury and his return to the pitch was greeted with a warm ovation by the Alty faithful.

The game opened up even further as time ticked on but neither team was able to find a winner. A frustrating afternoon for Phil Parkinson’s men who defended superbly against a tough team but were ultimately thwarted by a fortuitous long-range effort. Four points from the two matches over the long weekend represents a good haul however as the boys prepare for another trip up North to Blyth next Saturday now.