Dens deal keeps him at Alty for another two years! 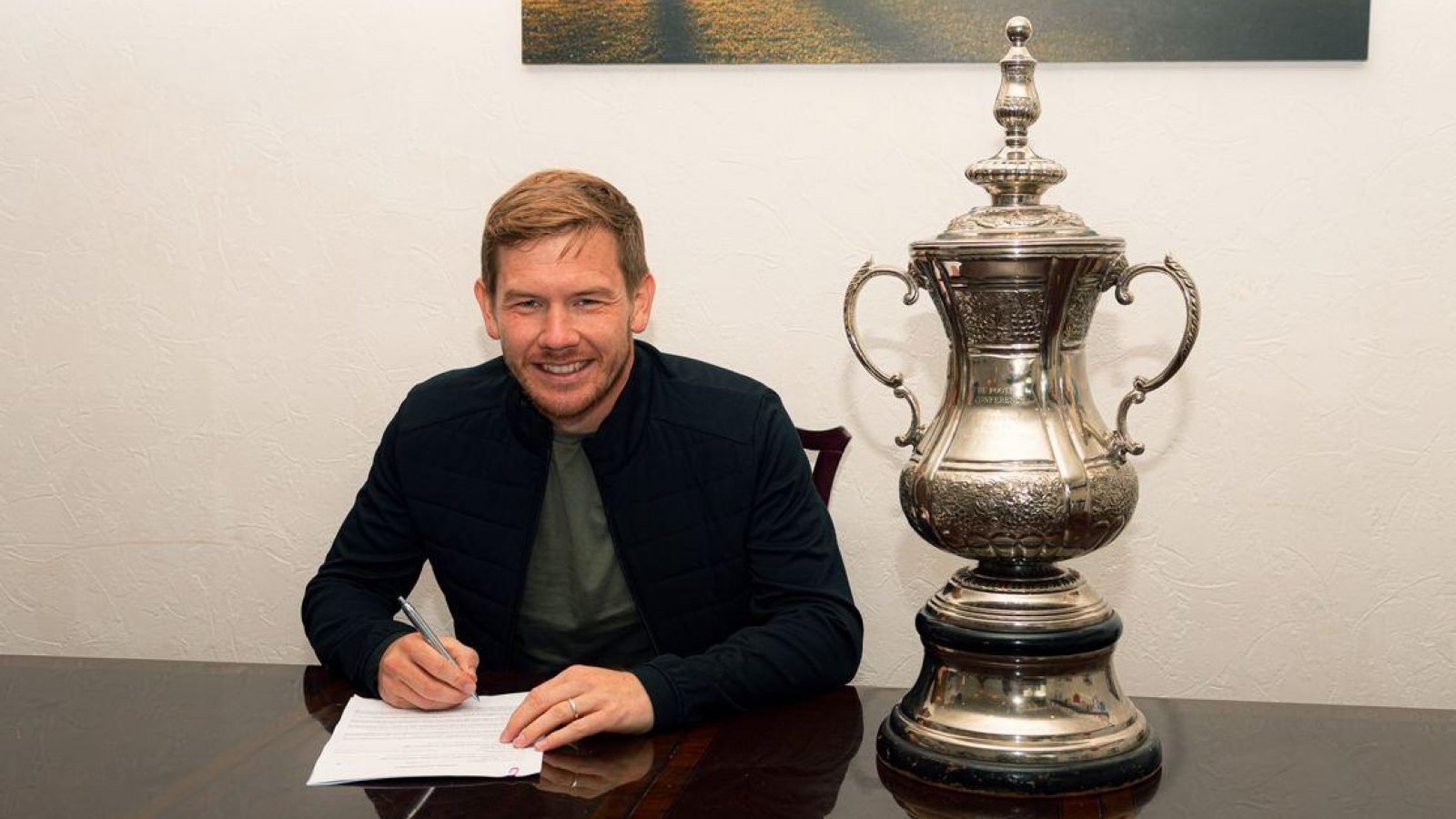 *Deal me in ... Shaun Densmore signs on for another two seasons. Picture by Michael Ripley.

He is Altrincham's longest-serving player by a distance, and he is still going strong. Stronger than ever, in fact, if the evidence of last season is anything to go by.

At 31, new dad Shaun Densmore shows no sign of slowing up, which is perhaps just as well with one-month old son Henry to keep him on his toes.

Impending fatherhood last month was the best of reasons for Shaun missing out on the promotion play-offs, as he followed the current protocol for shielding in such circumstances and stayed away from the rest of the squad.

He won't be missing out on our return to the Vanarama National League, though. With promotion in the bag, after a richly-deserved win in the final at Boston United, manager Phil Parkinson turned his thoughts to next season and had no hesitation in rewarding loyal servant Dens with a deal that keeps him at The J.Davidson Stadium for another two years.

Tune in to press and media officer John Edwards' Alty TV interview, below, to hear what Shaun thought about adding a couple more years to the dozen he has already accumulated in Robins colours.

*Watch out for more Alty TV interviews with players who have signed new contracts throughout the rest of this week.