Dens testimonial put back after injury 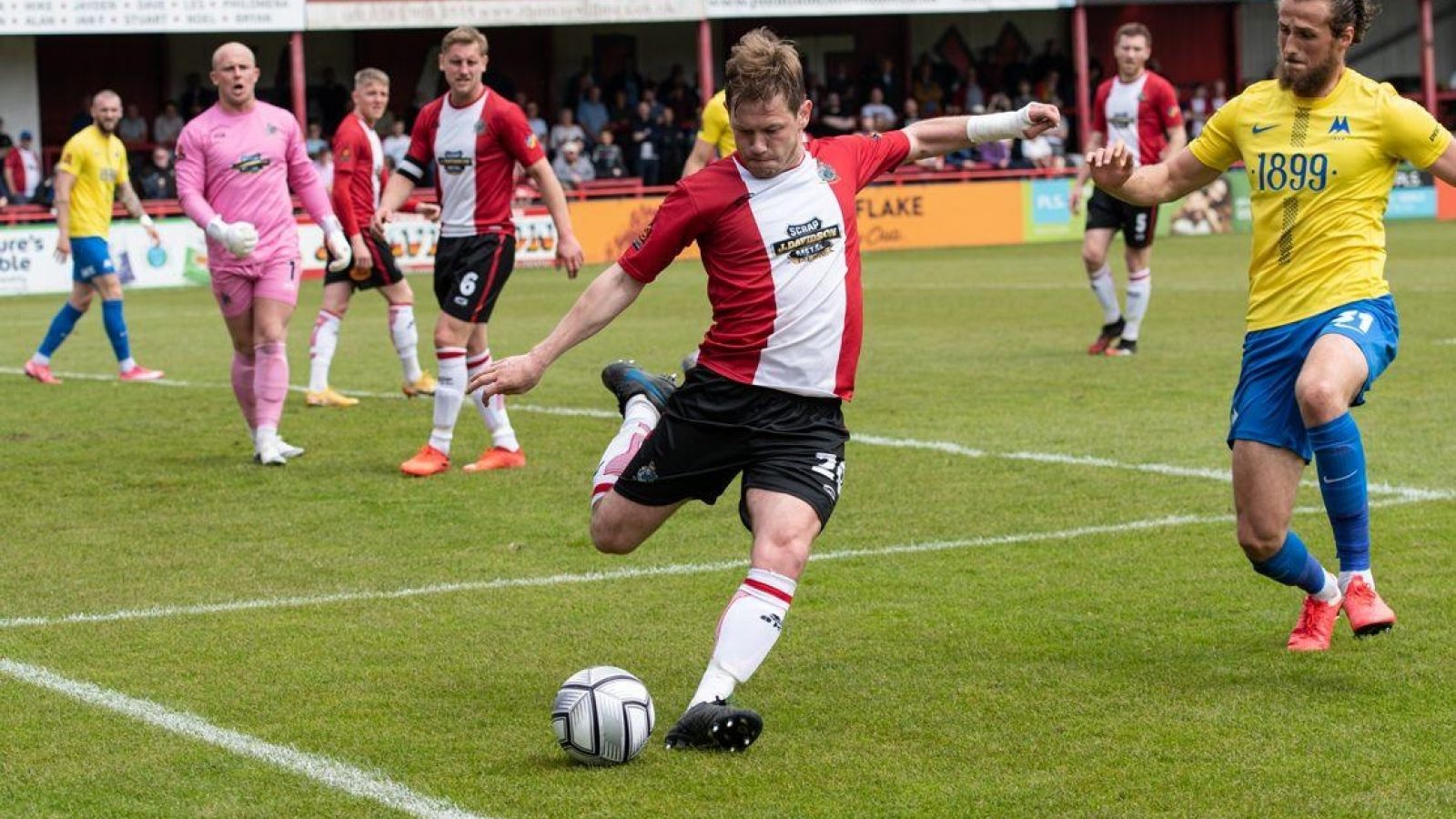 Shaun Densmore’s testimonial has been put on hold until later in the season after he picked up an injury that will sideline him for the opening weeks of the Robins’ Vanarama National League campaign.

Plans were being formulated for a special tribute match involving some familiar faces in the early stages of the season to mark over 400 Alty appearances spread over a remarkable 12 years of sterling service by the highly-popular and ever-dependable defender.

The testimonial will still go ahead but has had to be put back after Dens felt some discomfort in an Achilles and had it diagnosed as tendonitis.

Reflecting on a frustrating setback, Dens struck a typically-defiant note as he looked forward not only to rearranging the testimonial but contributing once more to manager Phil Parkinson’s National League plans over the coming months.

‘I played the final two games of last season, and after having been out so long, I thought it would be good to keep rolling with the fitness levels,’ he said. ‘I wanted to stay in condition, so I did a lot of treadmill running after the season ended.

‘Then I had some time off, just four or five days of doing nothing, and I started feeling some stiffness around the Achilles. I went to see (sports scientist and therapist) Ryan Murray, and he said it was tendonitis.

‘It’s now a case of rehab and strengthening treatment and then we’ll reassess from there. The fact it was noticed early might give us a bit of a jump and hopefully mean I won’t be out too long.

‘The main objective is to be playing again and challenging for a place in the team. I know there are no guarantees, especially the way Joel Senior has been playing, but I was fairly encouraged by those two games at the end of last season, and I’m as keen as ever to give it a good go and contribute if I possibly can.

‘At the same time, I’m looking forward to the testimonial and want to be out there in the middle, fully involved. The plan is for two Alty Xls, and it makes sense to rearrange later on, because there are one or two people I want to kick!’

The club are provisionally looking at the possibility of April 9th, or even a Saturday at the end of the season, and director Rob Esteva said:

‘We are totally committed to playing this game and will keep working at finding a date that suits everyone later on in the season. Shaun and I have mutually agreed it is best to hang on for now while we take stock and work something out.

‘One thing I’m sure of is that it will be worth the wait to honour the fantastic service Shaun has given the club and hopefully see one or two well-known faces gracing the turf again at The J.Davidson Stadium.

‘Not only that, there are some initiatives we are working on as well to add interest to the game, so watch this space for more details.’