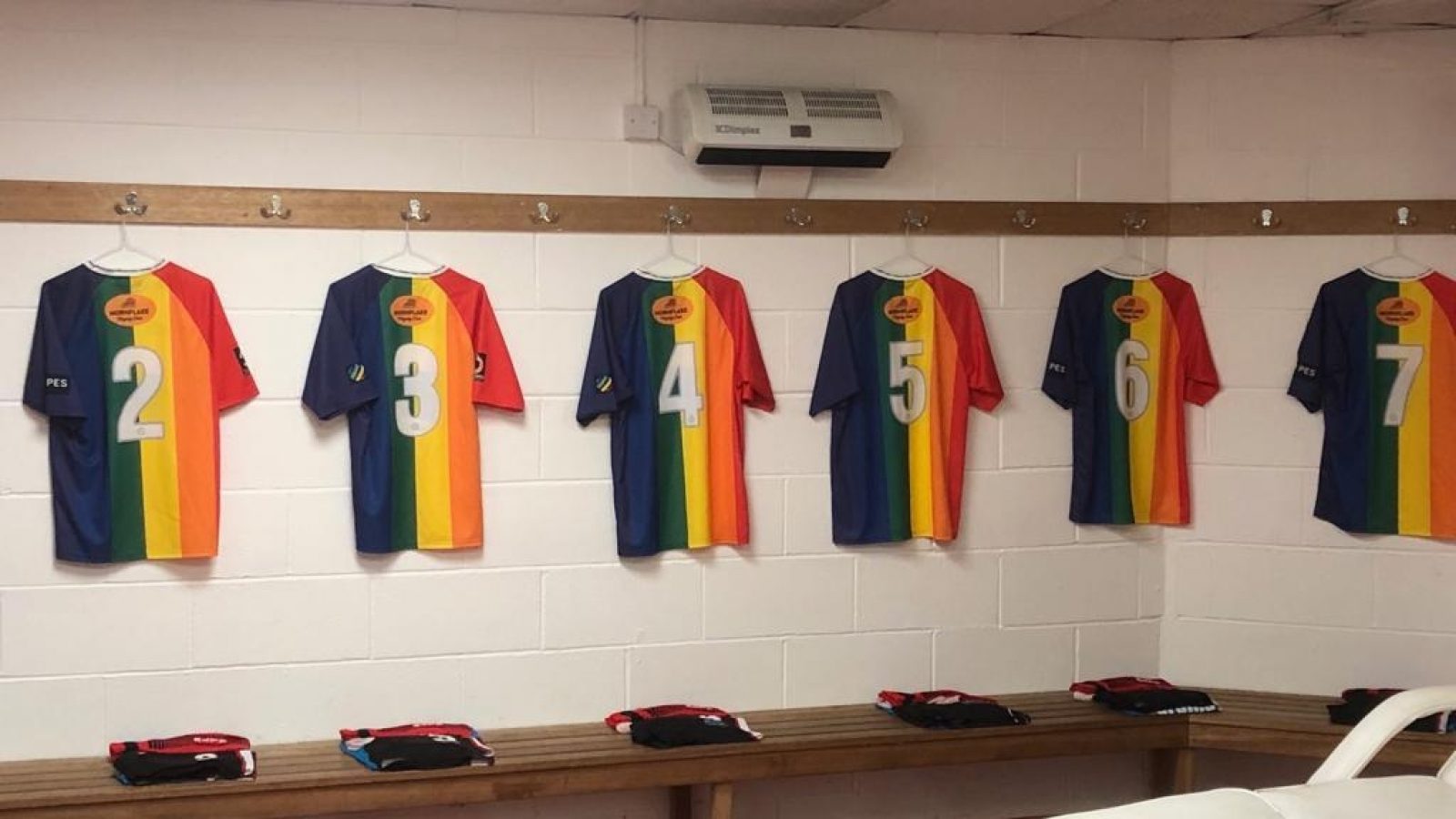 The following press release has been circulated this morning to a wide range of press and media outlets.

Press release from Altrincham Football Club (for immediate use - the attached photo shows the special kit laid out in the home changing room at The J.Davidson Stadium)

It is a week since Altrincham FC announced their groundbreaking plans to wear a special match day kit based on the LGBT Pride flag to commemorate Football v Homophobia Action Month. The kit will be worn for the Vanarama National League North match with Bradford (Park Avenue) at The J.Davidson Stadium, Moss Lane, Altrincham on Saturday 16th February, kick-off 3pm.

News of the pioneering initiative has created unprecedented interest on a global scale, and, after careful consideration, a decision has now been reached on how best to conduct the promised auction of the shirts worn on the day.

Altrincham FC Commercial Director Lawrence Looney detailed how the eagerly-anticipated auction will work by saying: 'We wanted to give as wide an audience as possible the opportunity to bid for these historic shirts, whilst also rewarding those who attend the match in person. We are therefore taking email bids for seven of the shirts and will sell another seven in a face-to-face auction in the Altrincham FC Community Sports Hall at The J.Davidson Stadium after the game.  Those successful bidders in attendance will be able to select the specific shirt number they prefer, with the remote bidders being allocated the remaining shirts.'

One shirt will be donated to the National Football Museum in Manchester and all profits from the auction will go to The Proud Trust, a regional organisation that seeks to support lesbian, gay, bisexual and trans young people in the North-West. The organisation is raising funds to rebuild Manchester’s only LGBT+ Centre.

We will post the price range of the leading bids for shirts on our website www.altrinchamfc.com, and bids can be placed by emailing Lawrence at [email protected]

For those planning to attend the game, and therefore give themselves the opportunity to bid for a shirt in person, the match is pay on the gate only. Admission is £13, with concessions at £10, Juniors (12-16) £5 and under 12s £1.

Come and join us and play your part in a small piece of football history.