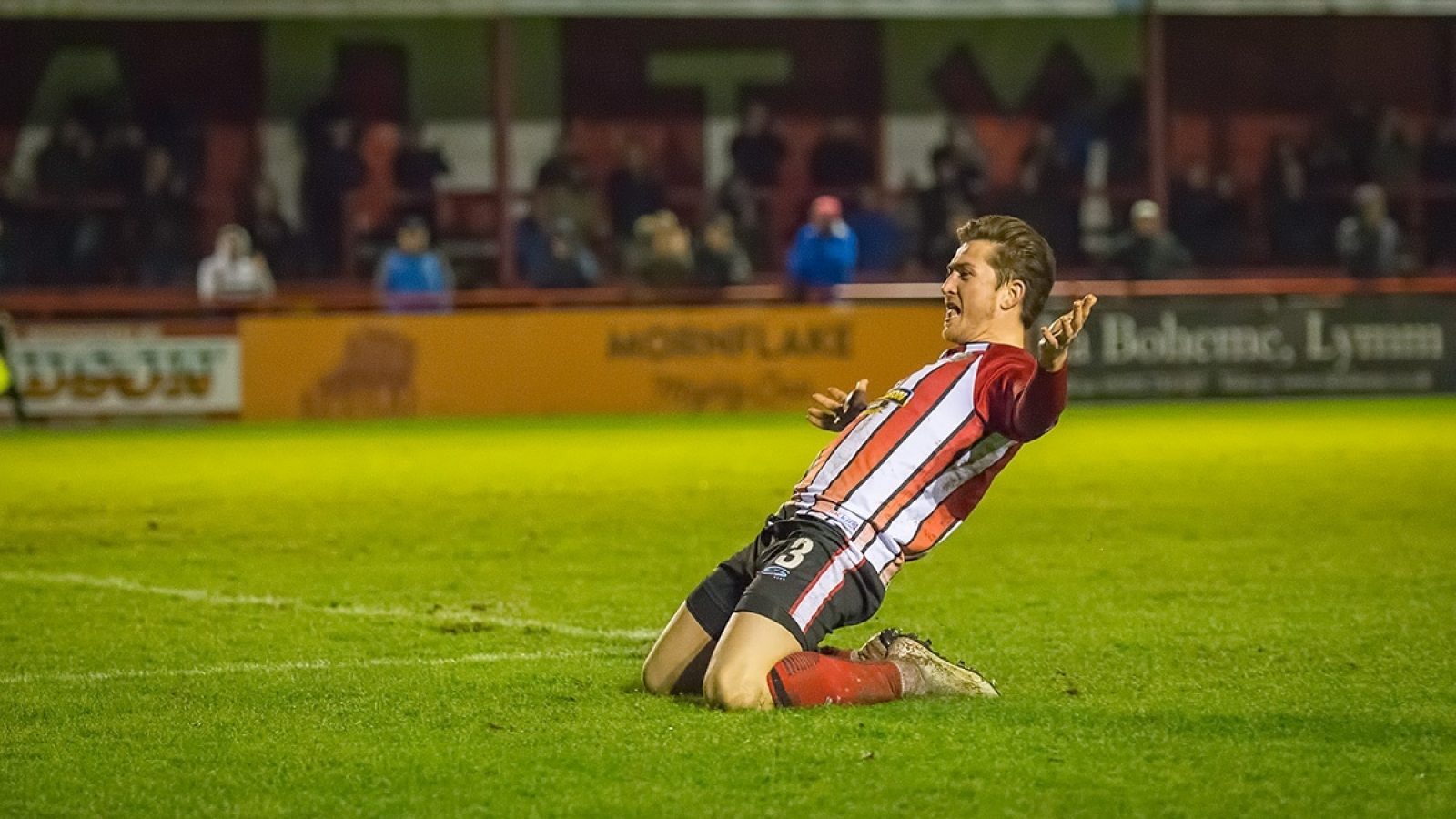 Two Altrincham players have had successful surgery and are ready to start working their way back to full fitness.

A cartilage-related knee injury threatened to cast a shadow over summer signing Kennedy Digie’s debut season at the club, but he is now setting his sights on playing again sometime next month, following an operation that showed the problem was less serious than feared.

And left-back Connor Hampson (pictured) is also on the mend and targeting a return before long after surgery on a double hernia.

‘With Kennedy, it was delayed onset, so it’s difficult to pinpoint exactly when the problem occurred, but the operation was a success and, all being well, he could be ready to play again in five or six weeks’ time,’ said Alty sports scientist and therapist Ryan Murray.

‘Connor was struggling with the hernia problem for much of last season, and it reached the point where it needed an intervention to sort it out once and for all. He should be back in training in three weeks or so, and it will then be a case of building up his strength and fitness levels.’