Double boost for Robins as Tom and JJ stay put 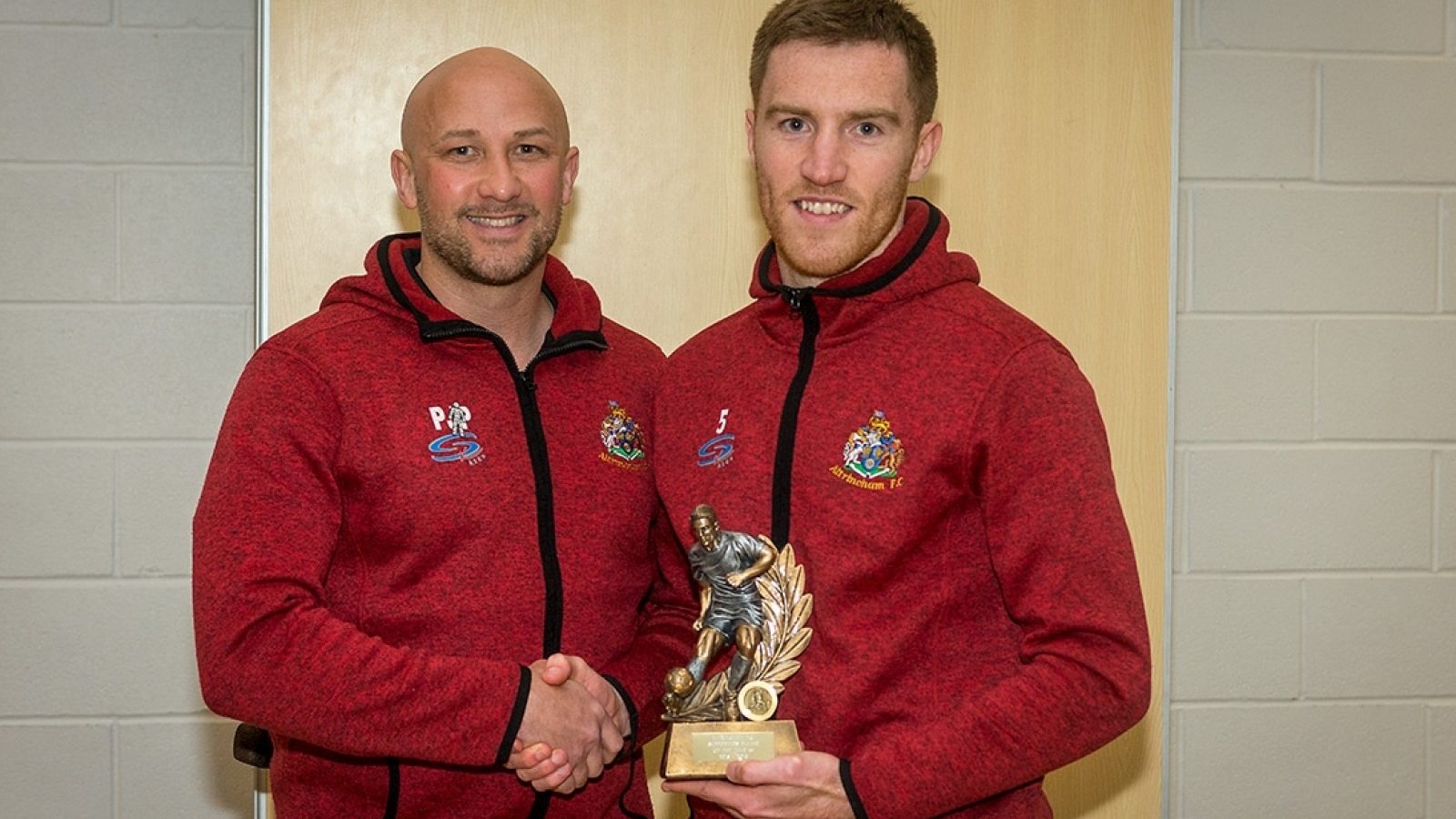 One was voted player of the year by team-mates and supporters alike, the other made it into the league's team of the year - and both have now pledged themselves to the Alty cause for next season.

We are, of course, talking about defensive lynchpin Tom Hannigan and flying winger John Johnston, who have joined top marksman Jordan Hulme in signing up for Altrincham's next all-out push for promotion, as Phil Parkinson continues to shape his squad for the 2019-20 campaign.

Hampered by injury in his early days at Alty, Tom emerged as a defensive collosus in the Evo-Stik Northern Premier League title run-in and continued in the same vein in the Vanarama National League North last season.

Named player of the season by his manager at AFC Fylde, it came as no surprise when he picked up the same accolade from his Alty team-mates and the club's supporters, after passing a century of appearances for the Robins and maintaining a level of consistency that confirmed him as one of the best defenders in the division.

JJ's signature will be welcomed just as much by Alty fans after the way he has lived up to the distinction of being Robins boss Parkinson's first signing for the club.

A livewire, lightning-quick threat on either flank, he is a winger with an eye for the net, as illustrated by a remarkable 20 goals in all competitions in his first season and 14 from 41 league starts in his second.

If Jordan gives centre-halves palpitations at the thought of trying to contain him, JJ's direct style, relentlessness and quick feet have the same unsettling effect on full-backs, and it was met with widespread approval when he was named in the Vanarama National League North team of the season.

So, that's three down, plenty more to go, on the signing front, and we will keep you informed of all the news as soon as we get it.