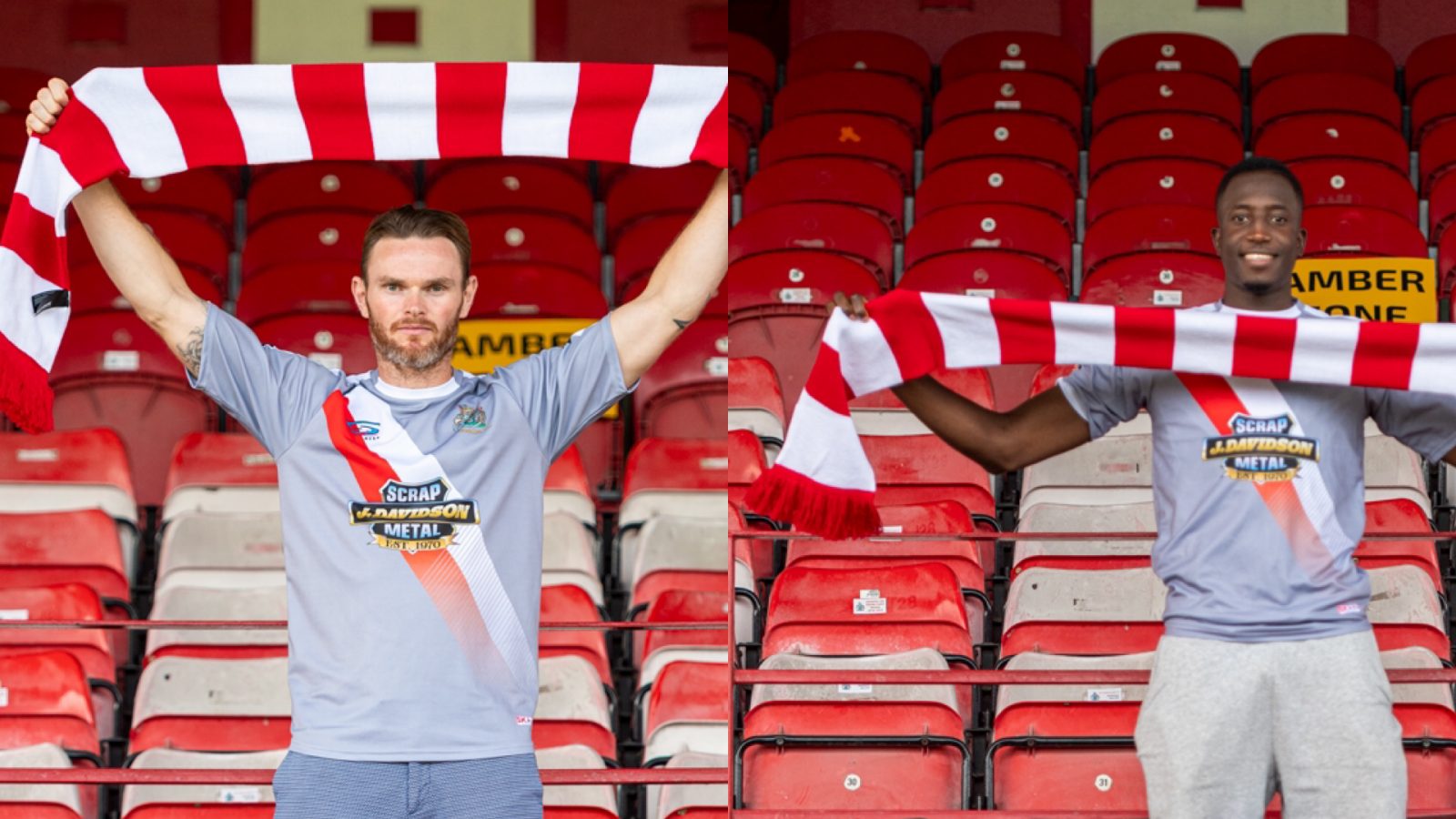 Phil Parkinson has made a significant double breakthrough on the transfer front after signing Yusifu Ceesay on a permanent deal and adding the vast Football League and National League experience of Ritchie Sutton to his defensive options.

As flying winger Ceesay and versatile former Morecambe defender Sutton signed on at The J.Davidson Stadium this evening, Altrincham bade farewell to midfielder Max Harrop, forward James Hooper and keeper Steven Drench, who have all left the club.

Ceesay’s searing pace made him a huge hit with Alty fans during two loan spells from Blackpool, and Parkinson was quick to secure him for the Robins’ return to the Vanarama National League next season after being alerted to his availability.

The Alty boss was just as decisive about identifying 34-year old Sutton’s pedigree in non-League’s top flight - and the division above - as the ideal defensive reinforcement in the wake of James Jones’ move to Barrow.

Ceesay scored three goals in 13 appearances in an eye-catching initial loan, but a recurrence of hamstring trouble in last September’s 5-0 home win against Leamington cut short his second spell at Moss Lane.

Stoke-born Sutton, a no-nonsense six-foot defender, started his career in Crewe’s renowned youth Academy and turned professional in the summer of 2005 before joining Stafford Rangers in 2007, following two successful loan periods there.

He returned to the professional ranks with Port Vale in 2010 and was snapped up a year later by Mansfield boss Paul Cox, who said: ‘I’ve had my eye on him since his days at Crewe. He is a big, strong unit who will hopefully be a good acquisition for this club.’

He was certainly that. After helping the Stags reach the Conference play-off semi-finals in his debut season, he was a mainstay of their return to the Football League as champions in 2012-13.

League Two was a step up he took in his stride, so much so that he was voted Mansfield’s player-of-the-season in his final campaign at Field Mill before joining Tranmere on a two-year deal in May, 2015.

The Birkenhead club had just been relegated from the Football League, but Sutton played a key role in their return to League Two in his second season at Prenton Park.

On signing for League Two Morecambe in January last year, his new manager Jim Bentley said: ‘He is an out-and-out honest, solid defender who enjoys defending and will certainly add to our squad.’

Sutton made 19 appearances for the Shrimps last season, but the way was cleared for a move to Alty when Bentley's successor Derek Adams released him at the end of his contract.

Should he ever find himself out of the Alty squad for any reason, there could be an opportunity for him on the Radio Robins team after he enrolled for a degree course in Professional Sports Writing and Broadcasting at Staffordshire University nearly 10 years ago!

A warm welcome to The J.Davidson Stadium to both Yusifu and Ritchie and very best wishes for a successful stay.

In addition, everyone at Alty would like to thank Max, who joined the club at the start of the 2017-18 season and scored a total of 12 goals in 108 appearances, Steven, who has joined Farsley Celtic, and James for their contributions and wish them all the best in their future careers.