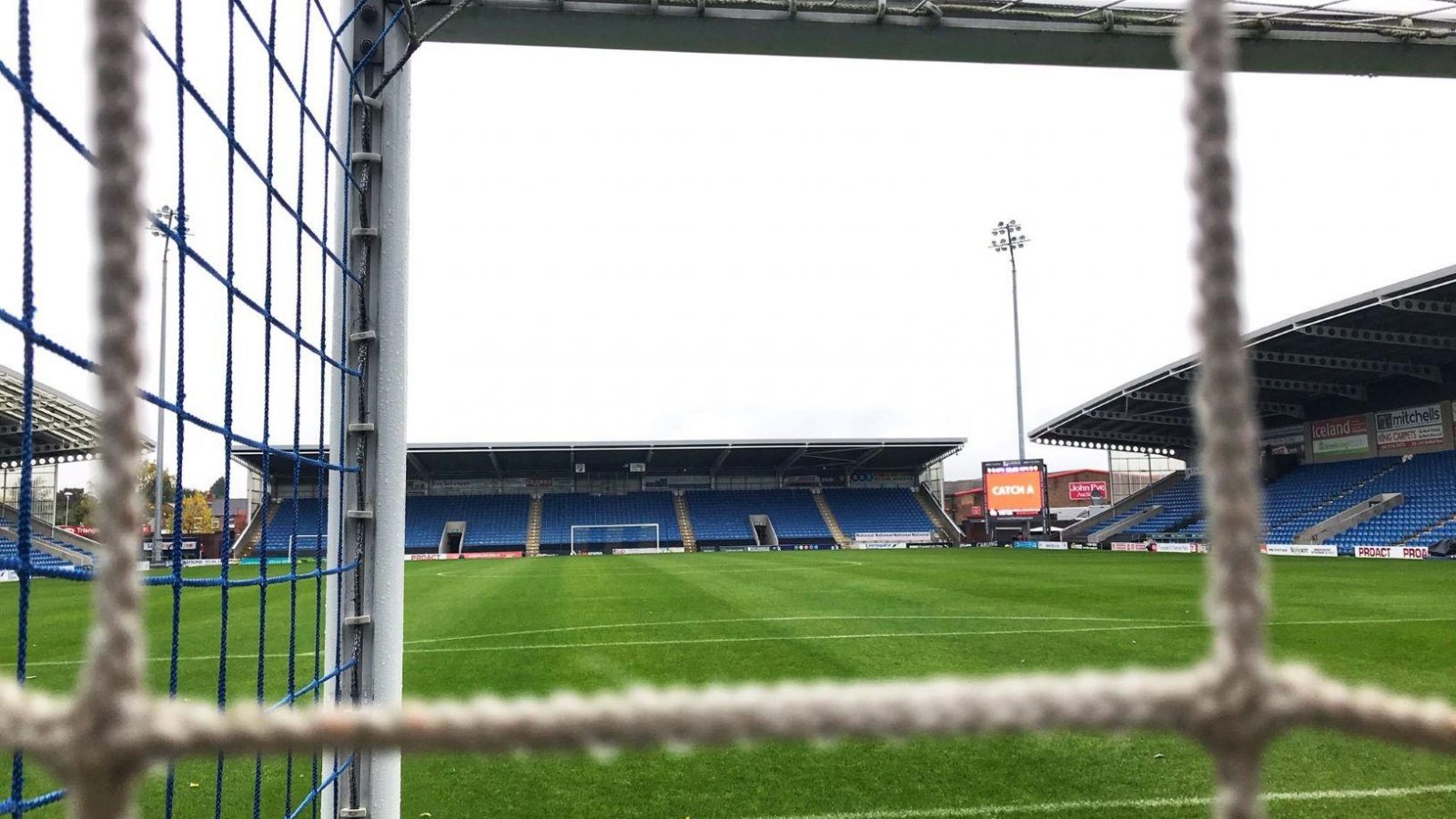 The Robins will be looking to extend their unbeaten run in the league to three games on Tuesday evening as they travel to the Technique Stadium to face league leaders Chesterfield.

After the bitter disappointment of losing 3-2 to Gateshead in the first round of the Emirates FA Cup, Alty put on quite a show at the Bob Lucas Stadium to return to winning ways, beating 10-man Weymouth 4-1 with Ryan Colclough and Matty Kosylo both scoring twice.

The hosts were up against it after 22 minutes when Tom Bearwish was shown a straight red card after bringing down Kosylo as the Alty midfielder broke through on goal.

Alty made their advantage count 12 minutes later when Colclough cut inside and curled a beauty into the far corner beyond the reach of Ross Fitzsimons.

Quickfire strikes from Kosylo and Colclough put Phil Parkinson’s side three ahead on the hour mark, before Weymouth defender Taofiq Olomowewe pulled one back with a close-range effort.

However, the game was put to bed in the final moments when Kosylo added his second of the game, capping a fine performance as the Robins secured all three points.

Following that result, the Robins climbed to 11th in the Vanarama National League table, 12 points behind leaders Chesterfield, having played one less game than the Spireites.

This will be the first meeting between the sides since last season’s game at the Technique Stadium on February 23rd. On that occasion, Akwasi Asante scored the only goal while Grant Smith saved a penalty as Chesterfield claimed a narrow 1-0 win.

Both teams created chances in a closely-contested first-half, but neither side could break the deadlock before the interval.

The hosts opened the scoring within four minutes of the restart when Asante bundled in at the far post after good play from Laurence Maguire.

Alty had a major opportunity to level things up when they were awarded a penalty in the 74th minute after goalkeeper Smith committed a foul in the area.

But Smith made amends as he saved Joe Piggott's spot-kick to keep Chesterfield in front, and the home side held on to secure all three points.

Founded in 1866, before reforming over 50 years later on April 24, 1919, the Spireites are one of many sides in the National League that would argue they belong in the Football League.

However, following their relegation from League Two in 2018, Tuesday’s hosts looked far more likely to drop further down the English football pyramid, finishing 15th and 20th the following two seasons.

Last year proved to be something of a turning point for Chesterfield, as a change in management and some welcome investment in the team turned the ship around. They might have missed out on promotion in agonising fashion last year, but with momentum firmly behind them, they will have their eyes firmly set on succeeding Sutton United as the new National League champions.

So far this season, Chesterfield have played 16 games, winning 10, drawing five and losing only one, scoring 33 goals and conceding only 13 for a goal difference of +20.

Their form over the last five league games goes some way to highlighting just why they find themselves where they are in the table. Taking the 3-1 Emirates FA Cup win against Southend United out of the equation, our hosts on Tuesday have won four of their last five games, beating Boreham Wood, Eastleigh, Weymouth and Solihull Moors. The only slight blotch on that record was the 2-2 draw against Dagenham & Redbridge, a game which saw them come from two goals down at the Chigwell Construction Stadium.

In their most recent outing against Solihull Moors, Chesterfield were able to restore their lead at the top of the league with an important 2-0 win at Damson Park.

The hosts were reduced to 10 men after 27 minutes when Kyle Storer was sent off for a hefty challenge on Luke Croll.

Tshimanga then scored a goal of his own for the Spireites with an angled finish on the stroke of half-time, with the hosts unable to create many chances of note for the rest of the game.

The Spireites are currently managed by James Rowe, who was appointed to the role towards the end of last November, following John Pemberton’s departure from the Technique Stadium. Since his arrival, Rowe has helped change the club from a struggling mid-table outfit to arguably the best footballing side in the league.

As a player, he enjoyed a prolific non-League career with the likes of Histon, AFC Sudbury, Leiston, Canvey Island and Leamington, before moving to the dug-out as an assistant to Gary Waddock at Aldershot Town. He did well enough in that role that clubs in the Football League began to take notice, but ultimately he elected to remain with the Shots, helping them to a place in the play-offs at the end of the 2016/17 and 2017/18 campaigns.

Departing Aldershot in 2019, Rowe was appointed manager of NL North side Gloucester City. In his first season in charge, he led the Tigers to 17th, after PPG (points per game) had decided the final league positions. The following year, Rowe turned his side into promotion contenders, taking them to the top of the league, before departing for Chesterfield.

It did not take him long to settle into his new surroundings, guiding his new club to a sixth-place finish, earning the club a play-off quarter-final tie against Notts County. However, Chesterfield were left heartbroken as Notts defender Mark Ellis scored a last-minute goal to help his side win 3-2, putting an end to the Spireites’ season in the process.

Compared to their other promotion rivals that year, Chesterfield had the second-worst goal difference, not helped by the loss of star striker Akwasi Asante to a serious injury midway through the campaign.

Wanting to add more firepower to his side, Rowe signed Kabongo Tshimanga this summer from Boreham Wood and it is safe to say the striker has really hit the ground running, with 17 goals in all competitions so far this season. Alongside the signings of Saidou Khan, Scott Loach, Stefan Payne and Jeff King, Rowe’s team should have the strength in depth to go all the way.

A win for Altrincham on Tuesday evening could move them up to eighth, above Stockport County, Wrexham and Solihull Moors. However, were Chesterfield to win, they would open a four-point gap between themselves and Boreham Wood in second.

You can buy your tickets by following the link below.

The broadcast starts at 7.30pm.

Not coming to the Technique Stadium? You can still follow the game via the following ways.