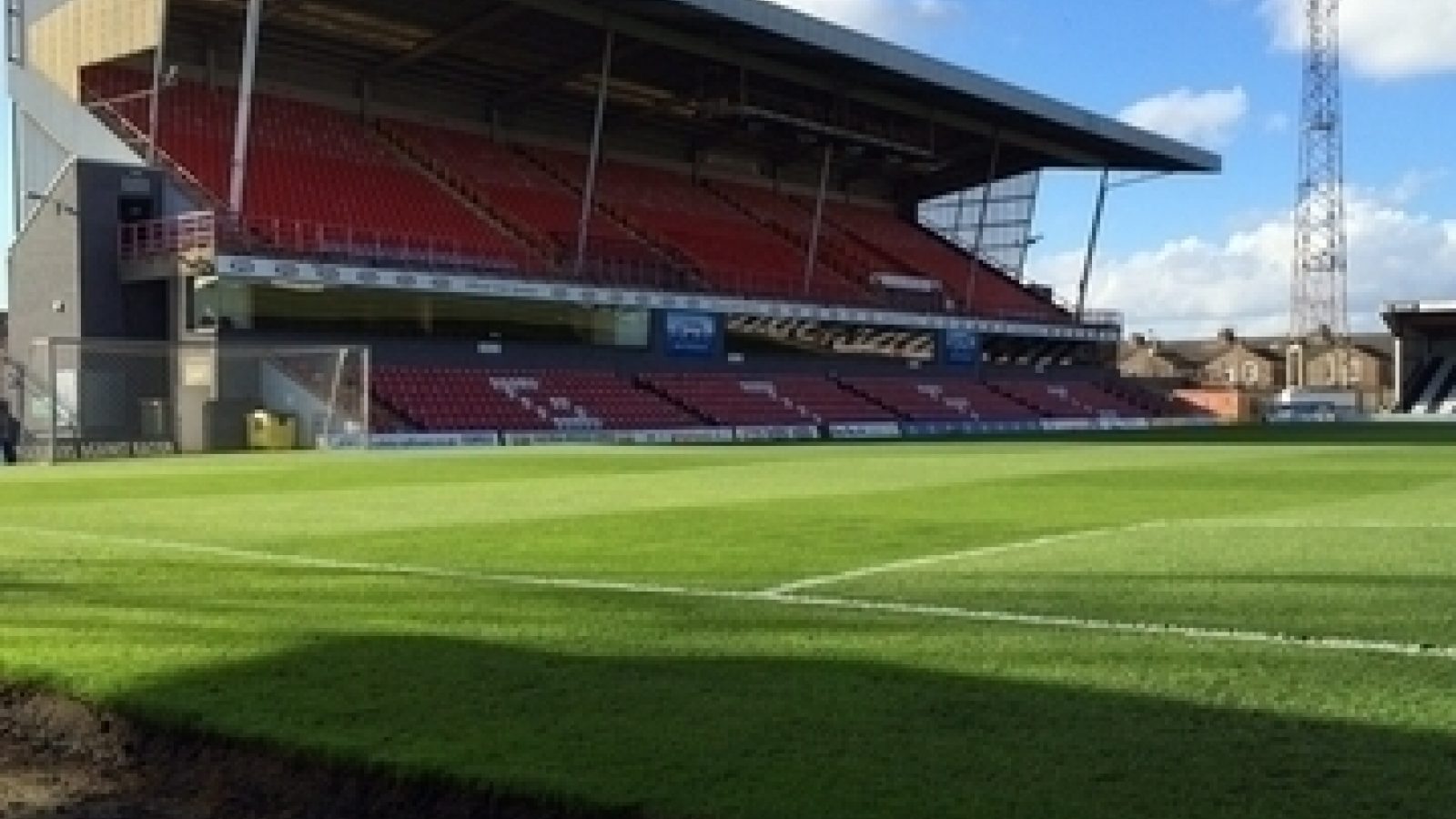 The Robins will be looking to snap their winless run this weekend when they face out-of-form Grimsby Town at Blundell Park.

After an impressive performance against Barnet last Saturday, Alty were never able to get going against Stockport County three days later, suffering a 4-1 Tuesday night defeat against a side that looked a class above the rest.

Moments after Josh Hancock saw his early goalbound effort blocked, the Hatters broke the deadlock through Antoni Sarcevic, who turned the ball home after a sweeping counter attack.

That lead was then doubled shortly before the break when Will Collar was given far too much space to bring the ball forward toward the Alty area, allowing the midfielder to rifle the ball into the back of the net past a stranded Tony Thompson.

There was no let-up in the second half as Paddy Madden added County’s third in the 50th minute from the penalty spot, following Andy White’s foul on Collar, before Ryan Croasdale headed home to increase Stockport’s lead to four.

A-Jay Leitch-Smith scored a consolation goal for the hosts deep into stoppage time, bursting through on the right of the area before lashing a shot into the roof of the net from a tight angle.

But in truth, the Robins were unable to trouble their near-neighbours for a majority of the contest, with the final score reflecting the Hatters’ dominance.

Following that result, the Robins remain 16th in the Vanarama National League table, seven points behind Grimsby in 10th, having played two more games than the Mariners.

This will be the second meeting between the sides this season, with Alty and Grimsby last facing one another on October 5th. On that occasion, goals from Dan Mooney and Jake Moult were not enough as Alty’s bid to execute a dramatic late comeback fell just short, with the Mariners winning 3-2 at The J. Davidson Stadium.

Will Bapaga got the opener for Grimsby in the 27th minute after smashing Ryan Taylor's cross into the roof of the net before Taylor doubled the visitors’ advantage just after half-time.

Harry Clifton bagged the Mariners’ third after 55 minutes, leaving Alty with a mountain to climb to get anything out of the game.

After Bapaga was shown a second yellow card for impeding an Alty throw-in, the Robins were able to take advantage when Mooney scored in the 65th minute.

It was well and truly game on with 15 minutes to play, as Ryan Colclough’s inswinging corner led to a scramble that ended with Moult turning the ball home.

But the hosts were unable to find that all-important equaliser as the Mariners held on for all three points.

Relegated from the Football League at the end of last season, Grimsby Town are looking to do what so many before them have found difficult, bounce back at the first time of asking.

Founded in 1878, the Mariners had started the season strongly and looked to be among the favourites for an immediate return to the Football League. However, their form has deserted them with the club now sat outside of the play-off places.

Since their 2-0 win over Yeovil Town on October 23rd, Grimsby have won one, drawn one and lost nine of the following 11 games, scoring only five goals while conceding 17.

In their bid to make their stay at this level a short one, they have recruited well. Adding striker John McAtee to their ranks has so far paid off for Paul Hurst’s team, with the former Scunthorpe United man currently the club’s top scorer with five goals. Alongside Ryan Taylor, another new addition from Newport County, Grimsby have the early makings of a prolific strike partnership.

However, with goals so hard to come by, and with injury and suspension currently plaguing the Mariners’ camp, Hurst is having to rely on the versatility of the remaining players at his disposal to get the club’s promotion campaign back on track.

In their last match against FC Halifax Town, the Shaymen secured a narrow 1-0 win over Grimsby thanks to Matty Warburton’s second-half spot-kick.

The sides could not be separated heading into the break after an evenly contested first half saw both teams have chances to edge ahead.

The West Yorkshire side opened the scoring in the 69th minute when Warburton dispatched his penalty after Jamie Allen was brought down in the area.

Grimsby struggled in the second half as Halifax looked to double their lead. Top scorer Billy Waters almost put the game beyond doubt when his effort looked destined for the back of the net, only to see Max Crocombe pull off an impressive save.

However, one goal was enough for Halifax, who have now made it seven league games unbeaten while Grimsby slipped to their fourth defeat in five matches.

Grimsby are managed by Paul Hurst, a man who is enjoying a second spell in charge at Blundell Park, after rejoining the club in December, 2020, alongside assistant Chris Doig. While their relegation from League Two will have been a great disappointment, their form to start this season will give them great hope that their League status will soon be restored.

After spending most of his playing career with Rotherham United, making 438 appearances and scoring 13 goals across 15 years, Hurst dipped his toe into management by taking the reins at Ilkeston Town in 2009.

Despite guiding the club to the National League North, he soon departed for Boston United, a club he enjoyed great success with.

Hurst soon attracted the attention of Grimsby, who appointed him manager in 2013 with the aim of returning the club to the League. He did just that three seasons later, beating Forest Green Rovers 3-1 in the play-off final at Wembley.

He then made the switch to Shrewsbury Town the following year, before moving to Ipswich Town in May, 2018. His time with the Suffolk-based club was short and, after only five months, he was relieved of his duties. A similarly-short spell with Scunthorpe United was to follow before he returned to Blundell Park in 2020.

You can purchase your match tickets by following the link below.

The broadcast starts at 2.45pm.