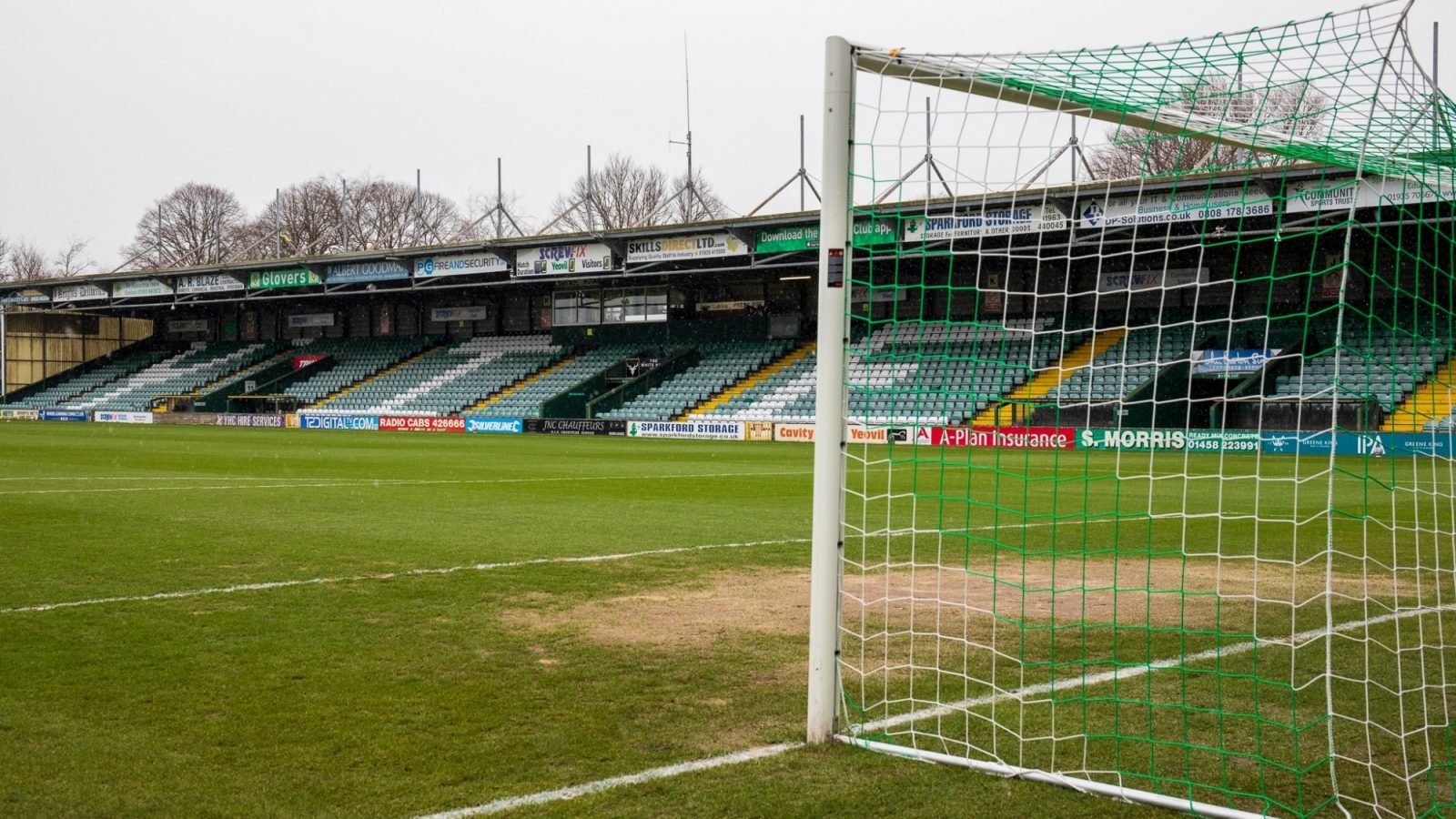 Phil Parkinson will be looking for his Altrincham side to continue their fine start to the season when they face Yeovil Town at Huish Park tomorrow evening.

Having been dealt their first home defeat of the season by Grimsby Town, the Robins bounced back in impressive fashion to beat Maidenhead United 2-0 at The J. Davidson Stadium on Saturday, courtesy of goals from Matty Kosylo and Tom Peers.

Alty could have had edged ahead just before the break when Josh Hancock’s shot at goal looked destined to hit the back of the net, only for Maidenhead captain Alan Massey to throw his body into the line to keep his side in the game.

The hosts were almost caught out after the restart when a defensive mistake allowed visiting forward Josh Kelly the opportunity to capitalise, before Tony Thompson reacted well to smother the ball at his feet.

Maidenhead’s defence was finally breached in the 56th minute. Shaun Densmore, who was starting his first game of the season, picked Dan Mooney out with a smart ball, allowing the winger to work enough space to cross. Lying in wait, Kosylo was on hand to turn the ball home from yards out.

Tom Hannigan came close for the Robins with a powerful header, before an excellent double save from Rhys Lovett kept Marcus Dinanga and Brad Jackson at bay.

It was only a matter of time before Parkinson’s side ended the Magpies’ resistance and, in the 90th minute, Peers did what he does best by sticking the ball in the back of the net, turning Jackson’s cross past the ‘keeper from the edge of the six-yard box.

Following that result, the Robins climbed to eighth in the Vanarama National League table, eight points behind league leaders Grimsby and the same number of points ahead of Yeovil, having played one more game than the Glovers.

This will be the first meeting between the sides since last season’s game on May 22nd. On a day that most Alty fans will surely remember for a long time to come, the Robins ended a run of seven matches without a win by beating Yeovil 4-3 at The J. Davidson Stadium.

Connor Kirby bagged Alty’s first after 19 minutes when the loanee midfielder reacted quickly to hammer a loose ball home from the edge of the penalty area.

Mooney then doubled their lead with an impressive finish to give Alty a two-goal lead at the break in front of a 600-capacity crowd.

Yeovil mounted a second half comeback as goals from Emmanuel Sonupe, Joe Quigley and Charlie Lee had the visitors ahead after 69 minutes.

In what was an action-packed game, Peers drew Altrincham level in the 85th minute, with the substitute firing home from close range.

And deep into stoppage time, Hancock struck beyond the Yeovil ‘keeper from the edge of the six-yard box to secure a dramatic win, one which was joyously received by the Alty faithful.

Members of the Championship as recently as 2014, Yeovil Town are a club that spent 16 seasons in the Football League, before their relegation from League Two at the end of the 2018/19 campaign.

Founded in 1895 and originally known as Yeovil Casuals, our hosts on Tuesday have become the latest side with a League pedigree to find a swift returned to the promised land a lot harder than they had previously thought.

After narrowly missing out on promotion in their first season back at this level, they struggled to a 16th-place finish at the end of the 2020/21 campaign.

Currently, The Glovers sit 15th in the table after three wins, one draw and four losses from their opening eight games, scoring eight but conceding nine.

Our opponents began the season in decent shape, losing the opener to King’s Lynn Town before reeling off three successive wins against Aldershot Town, FC Halifax Town, and Stockport County.

However, their form since then has seen them drop into the bottom half of the table, drawing against Maidenhead United while losing to Chesterfield, Boreham Wood and Notts County. You must go back to their 1-0 win against the Shaymen on September 4 for their last home win.

In their last game against Notts, a brace from Ruben Rodrigues condemned Yeovil to a 2-0 defeat against a County side which had lost their last three in a row.

The visitors opened the scoring after 17 minutes when Matt Palmer passed to Rodrigues who burst into the area and found the bottom corner.

Anthony Patterson, on loan from League One side Sunderland, had a couple of saves to make as the Glovers tried to get back into the game.

However, after Callum Roberts had missed a fine second-half chance, Rodrigues headed in Palmer's corner with nine minutes left to put the game beyond any doubt.

After hanging up his boots, he stepped into the dug-out with Stevenage in 2016, going on to enjoy two seasons with the club, before he was given his marching orders on March 18th, 2018.

Since taking over at Huish Park, Sarll almost led his side back to the Football League at the first time of asking, guiding the club into the 2019/20 play-offs. However, they came unstuck against surprise package Barnet in the quarter-finals, losing 2-0.

The following year proved to be much more of a struggle as the Glovers could only manage a 16th-place finish. With the National League one of the hardest leagues to get promoted out of, pressure will no doubt be on Sarll to steer the club back to where, in their eyes, they believe they belong.

In an effort to give his side the best chance of pushing further up the table, he has overseen a large overhaul of his playing squad this season, with no less than eight players leaving Huish Park over the summer.

Replacing key players such as Rhys Murphy, Charlie Lee and Carl Dickinson was always going to be a daunting task, but the hope is that Adi Yussuf, Mark Little, Charlie Wakefield and Grant Smith, among others, will help the Glovers mount a promotion charge.

A win for Altrincham on Tuesday evening could move the club up to fifth place, while three points for Yeovil could move them as high as 12th.

The broadcast starts at 7.30pm

The commentary team is Brian Flynn and Bill Waterson.