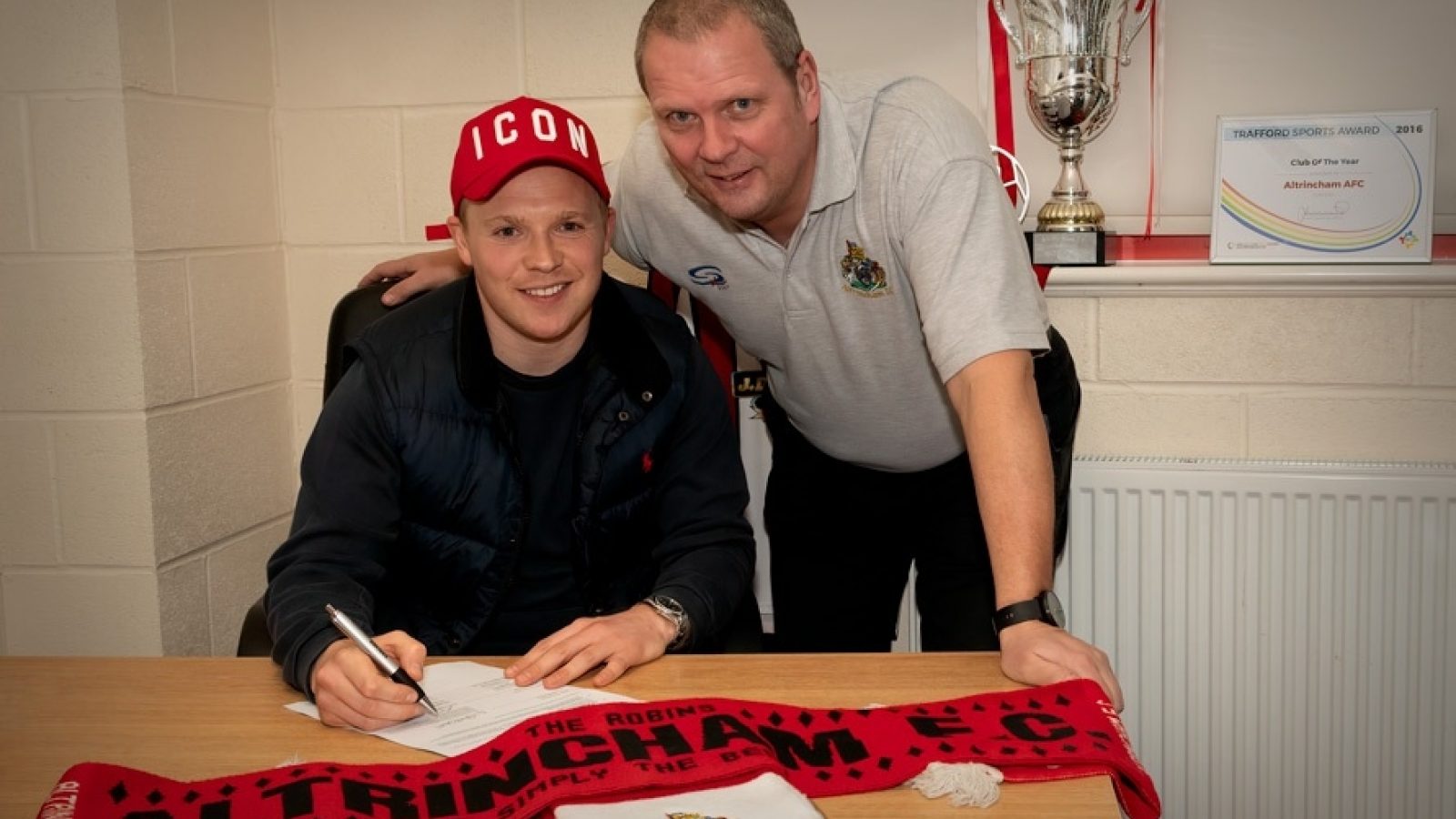 Phil Parkinson has boosted Altrincham’s promotion chances by signing Elliott Durrell, who will be available for tonight’s trip to Spennymoor, subject to registration confirmation being received from the National League & the Football Association.

Parkinson has been speaking to the 30 year since his contract expired at promotion rivals, York City, last week, & is delighted to add the highly rated midfielder to the Alty ranks:-

“Elliott is a player that I have always liked, a player who excites me & someone that I think will get fans on the edge of their seats. He can produce magic moments & has a wealth of experience in big games. This will be invaluable to us going into the back end of the season.”

Born & bred in Shrewsbury, Durrell has played 3 seasons in the National League for Wrexham, Chester & Macclesfield Town & was a Football League player last season with the Silkmen, before leaving the Moss Rose in the summer due to the club’s well publicised financial meltdown.

Elliott burst on the scene at Hednesford Town & scored twice against Alty in a 3-1 win for the Staffordshire side at the J.Davidson Stadium in a National League North game in November 2013. The Robins played over 80 minutes with 10 men after Simon Richman was sent off after just 9 minutes.

A move to Wrexham followed within a couple of months of that match & Durrell opened the scoring against the Robins at the Racecourse Ground in November 2014…..a highly dramatic National League encounter in which Scott Leather (Altrincham) & Louis Moult & Andy Bishop (Wrexham) were all shown a red card as Alty came back from 2-0 down after 74 minutes to win 3-2.

This season, Elliott came on a substitute at Bootham Crescent in our 1-0 victories over York City in the FA Cup & FA Trophy.