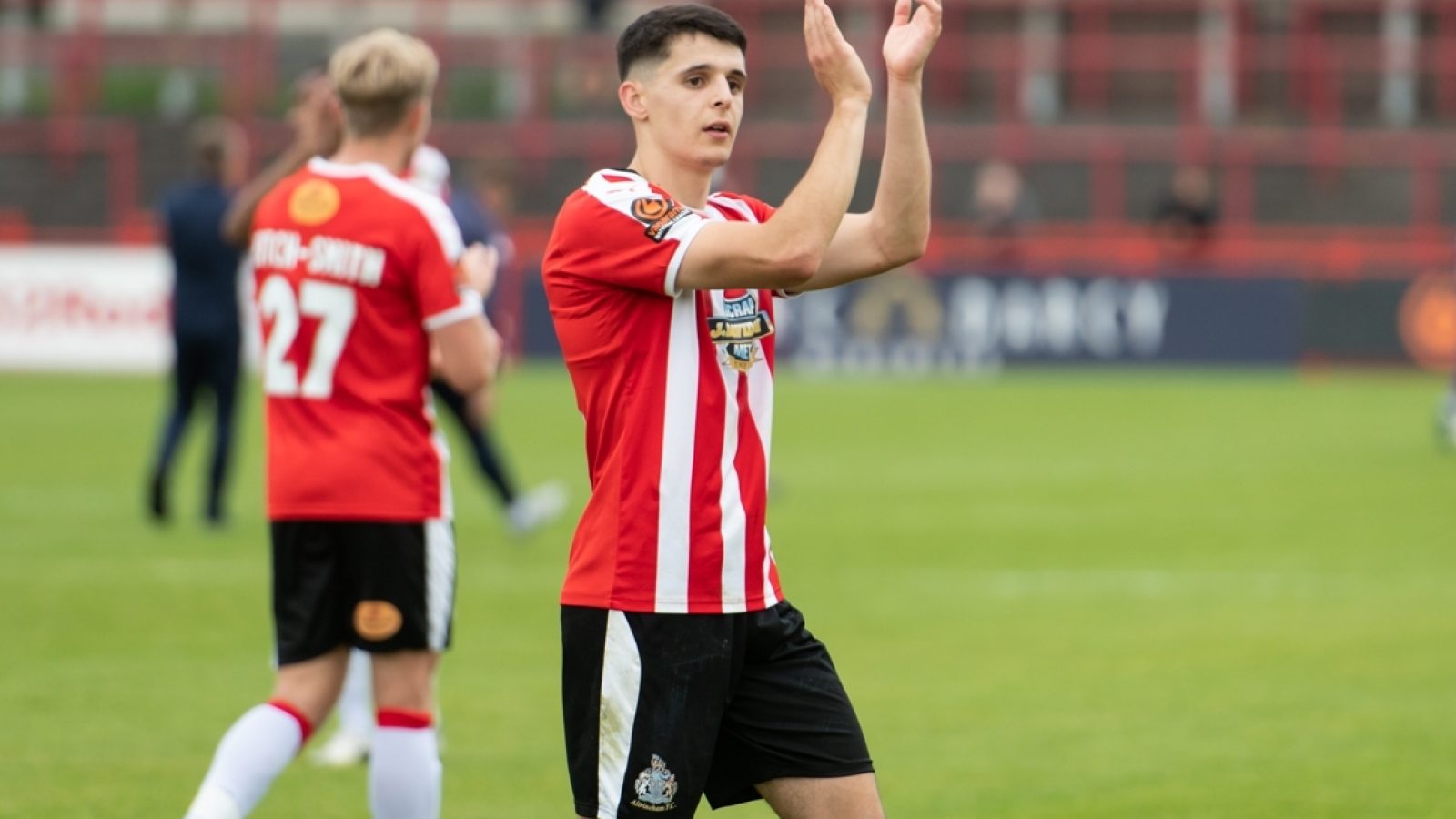 Altrincham will welcome a special guest to The J.Davidson Stadium on Saturday when a grateful Connor Kirby makes an emotional return to the club to say a heartfelt thanks for all the support he has received since his season-ending injury setback.

As everyone knows, the combative midfielder from Harrogate Town had his second loan spell with the Robins cut cruelly short when he suffered a double compound fracture of the leg while typically trying to prevent a shooting opportunity for opponents Wealdstone at Grosvenor Vale last month.

He was still sitting up in a London hospital after surgery, trying to come to terms with his misfortune, when news reached him of fund-raising efforts by both Wealdstone and Alty to help his rehabilitation.

He immediately tweeted his gratitude and has since taken to social media to post further messages of appreciation of the two clubs' continuing efforts to raise as much as possible.

It can now be revealed that the final amount is a grand total of £2,492, generated courtesy of Wealdstone's various initiatives and an Alty appeal that included a GoFundMe page and bucket collection at the recent Notts County game.

In a subsequent tweet, Connor's mum Amanda announced the family's intention to travel over from South Yorkshire for the Maidenhead United game on Saturday and added she was keen to meet and thank the Alty medical team who cared for her son during the long wait for an ambulance to arrive at Wealdstone's ground, namely sports scientist and therapist Ryan Murray and strength and conditioning coach Ryan Spencer.

@Faulkne99553264 Hi we are hoping to come to the game on Saturday against Maidenhead. Connor me his dad and Connor’s grandparents would love to come and say a big Thankyou to you all management and the fans. I’d love to meet the guys who treated Connor on the pitch

We're happy to oblige, Amanda, and not only are the two Ryans looking forward to meeting you, they can't wait to catch up with Connor again and get an update on his recovery, which is already showing signs of going well.

The midfielder has had a follow-up appointment in Leeds, after being transferred there, and the consultant who saw him delivered a positive assessment of the alignment surgery after examining x-rays.

Everyone at The J.Davidson Stadium is delighted to hear that, Connor, and looking forward to seeing you, and your family, at the ground on Saturday.