Ex-England under-19 ace signs for Robins! 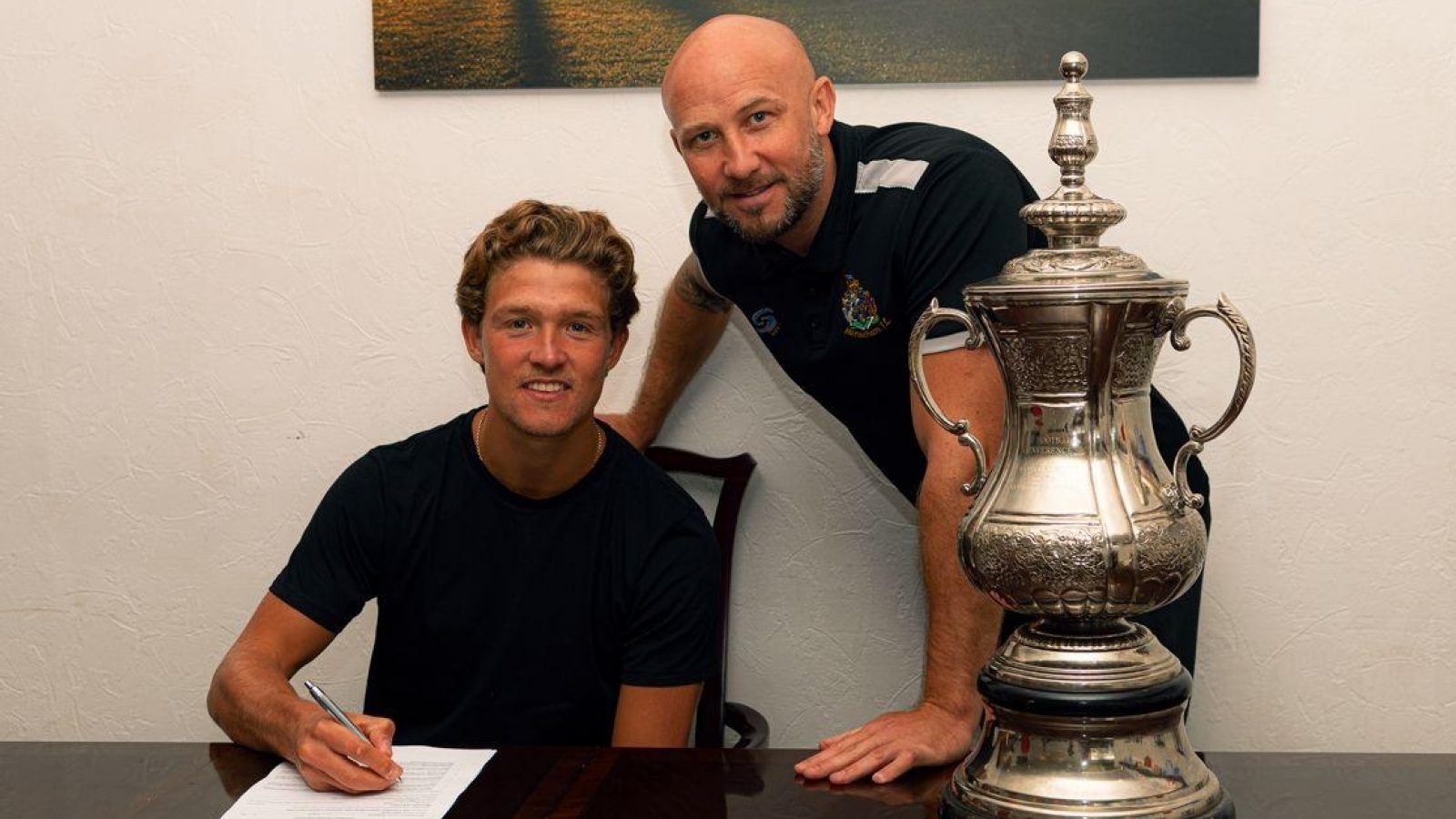 *Point to prove ... Max Clayton is raring to go after signing for Alty alongside manager Phil Parkinson. Picture by Michael Ripley.

Altrincham have made an exciting addition to their attacking ranks after signing versatile former England under-19 forward Max Clayton.

Crewe-born striker Clayton was one of the rising stars of English football in his teens and made such an impact with his home town's renowned Academy under Dario Gradi that there were reports of interest from at least one Premier League club.

After three years at Gresty Road, in which he clocked up a total of 74 appearances, he eventually joined Bolton Wanderers for a tribunal-fixed fee of £300,000.

His progress began to be hampered by injury, and when he signed for Blackpool in 2017, he suffered serious damage to a hamstring that required two bouts of surgery. The second operation finally solved the problem, but, by then, after only two first-team appearances due to being sidelined so long, Blackpool had decided against renewing a contract that ran out last summer.

After employing his own fitness specialist and working tirelessly to build up his strength and stamina, the 26-year old is determined to pick up the pieces and relaunch his career in earnest after making a name for himself as a talented frontrunner who can operate as the main striker or in the number 10 role.

In a deal that suits both parties, and could prove hugely exciting for Alty fans, Max jumped at the chance to set about proving himself all over again at The J.Davidson Stadium. Mindful of his injury problems and time out of the game, he readily agreed to a short-term contract, and after signing it, he prepared to join his new team-mates in the build-up to the new season.

*Watch out for an Alty TV interview with Max that we hope to be able to post here on the club's official website shortly.