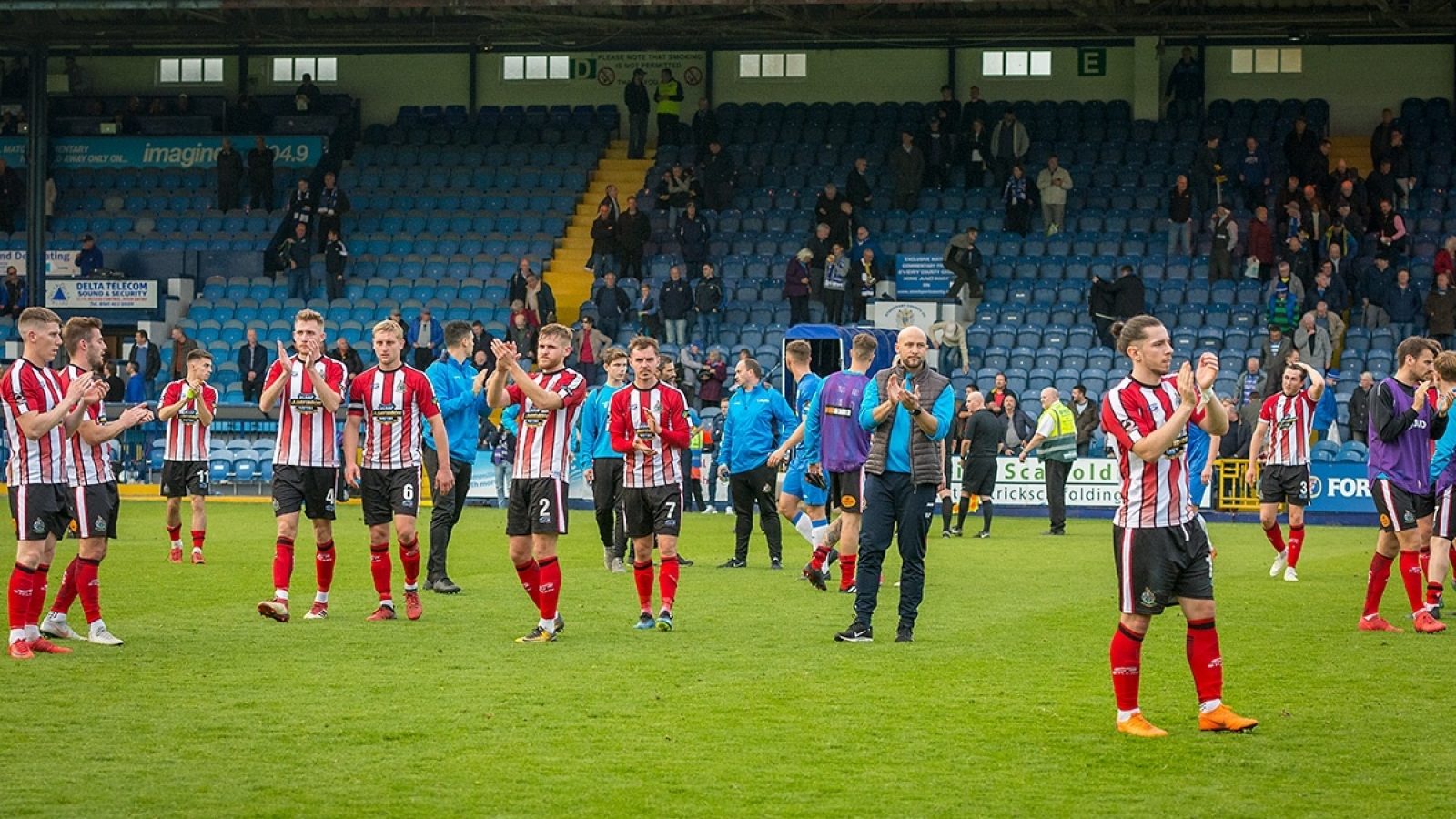 Alty are out of the Emirates FA Cup after a 2-0 loss at Stockport County on Saturday afternoon.

In the first ever meeting between the two sides in this tournament, the Robins started strongly by dominating possession in the first half.

It was the visitors who had the first clear cut chance of the match as Andy White found himself clean through with only the Stockport goalkeeper to beat, but Hinchliffe was equal to it as he saved with his legs to deny Alty taking the lead.

With Sean Williams the standout performer for Alty controlling the flow of the play in the centre of the field, Alty took the game to the home side.

The former Warrington man drove through the heart of the Stockport defence and unleashed a weak shot at Ben Hinchliffe in the Hatters' goal early on to send an early warning sign.

Moments later Alty’s topscorer Jordan Hulme had a chance to break the deadlock after he was found space in the penalty area, but he was ultimately tackled as he tried to get the ball out of his feet.

Chances for County were few and far between but that did not prevent them from taking the lead through Frank Mulhern five minutes before the interval.

Captain Ashley Palmer had the run on the defender at the far post and headed back towards goal with Mulhern just nicking it into the back of the net before Connor Hampson could clear off the line.

If that was not a big enough blow to Alty, they were dealt more bad luck shortly before half-time as the impressive Sean Williams was forced to limp off and the midfielder was replaced by James Poole.

The second half started with Alty clearly taken aback by the goal shortly before half-time and the home side were clearly buoyed by the lead. Altrincham managed to survive the difficult spell in the opening 15 minutes where the hosts put them under pressure and they were able to force some heroic defending by the County back line with Hampson's cross directed into the path of Hulme at the back post but it was cleared.

The Robins continued to push and enjoyed some spells of possession but they never really tested Hinchliffe with most of their attempts at goal coming from long range.

Midway through the second half, the home side doubled their lead through Warburton, who was impressive all afternoon. A mix up at the back for the Robins was pounced on by Warburton and he slotted it past Tony Thompson into the net.

Shortly after that the hosts thought they had a third as Jamie Stott had the ball in the back of the net but the referee blew for a foul on Tony Thompson and the goal was disallowed.

Nine minutes before time, Warburton hit the post with a left-footed effort as the home side looked more likely to score a third as Alty the pushed forward in desperation to find a way back into the game.

Stockport move into Monday’s first round draw whilst the Robins, cheered on by the superb 652 travelling fans, return to league action next week as we welcome Ashton to The J.Davidson Stadium.