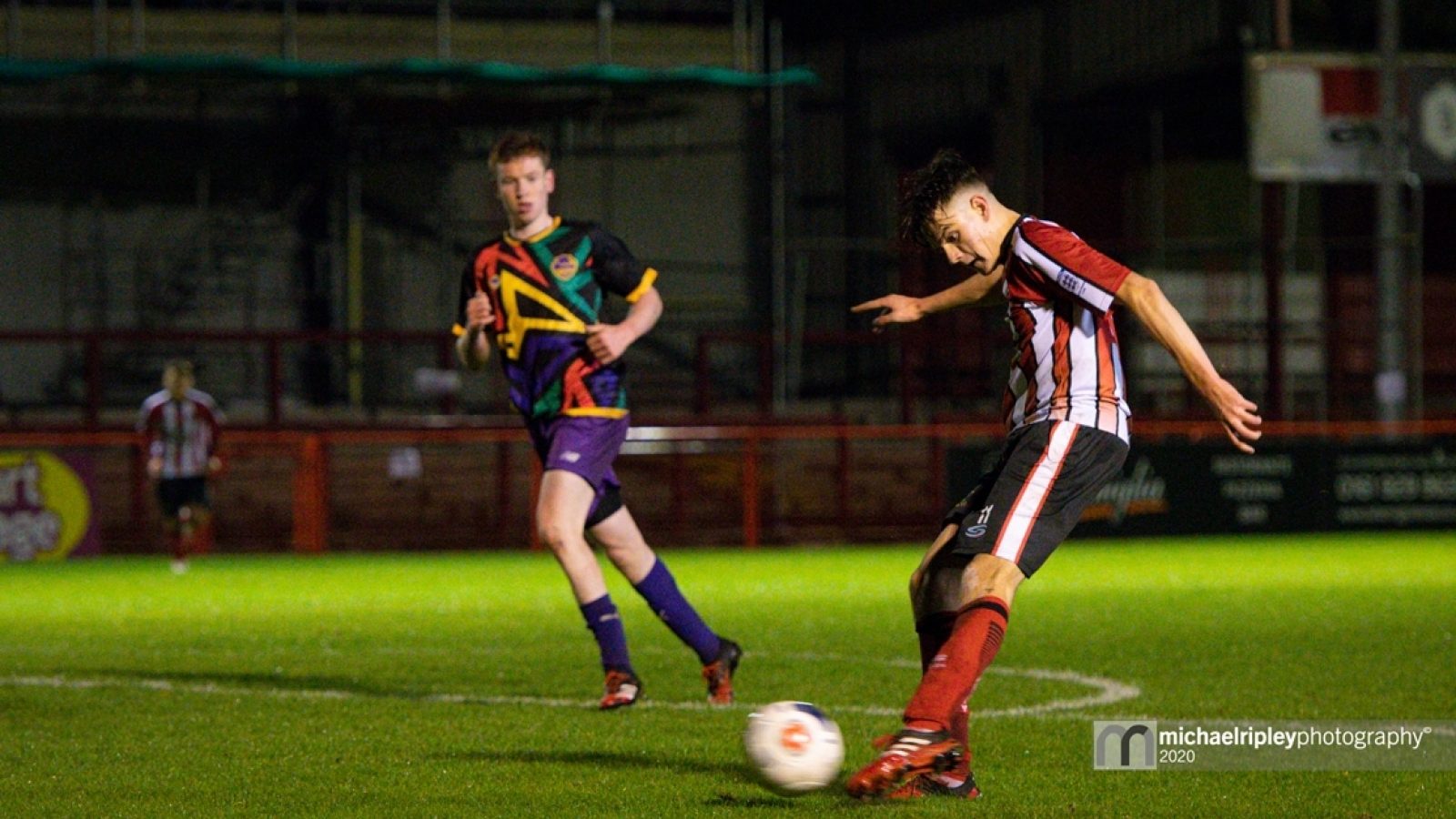 Above: Lewis Billingsley seals victory in the 89th minute of the 2nd Round Qualifying tie to make it Altrincham 2 City of Liverpool 0.

Altrincham take on South Shields in the FA Youth Cup, 3rd Round Qualifying tonight & whilst the game is being played behind closed doors, Alty TV Live will be offering the opportunity to experience this important tie, which will be the fourth game to be livestreamed from The J.Davidson Stadium.

"The lads did really well to overcome a decent City of Liverpool side in the last round and we know South Shields will cause us an even sterner test. It is a great opportunity for the lads to impress and with the first team on their temporary break, Phil Parkinson and Neil Sorvel will both be watching with the rest of us.

"I’d strongly recommend to our fans to follow on the stream on Thursday evening and see some of the talented players we have come up through the ranks. It’s another strong youth team, and combined with the Academy and the reserve team which is one of the youngest we have had in years, I’m confident we will see more players follow Curtis Miller’s footsteps into the first team fold."

First half action from the last round against City of Liverpool.

South Shields demolished Darlington 6-0 at Blackwell Meadows in the last round & in last season's competition the Mariners had a fantastic run, reaching the 3rd Round Proper before bowing out to Fulham.

Youth Team manager, Paul Fay is looking forward to Thursday night & reflected on Sunday's 3-1 defeat at Chester in The North West Youth Alliance, when Luigi Mongan was on the mark for the U18s.

"The weekend gave us another test against a full time side, Chester.  From our point of view we were unlucky on Sunday, we faced a well organised, well drilled team, after 20 mins of play we had to adapt our game plan to become more creative in the final third.  After the result at Chester we are welcoming the quick succession of games and Thursday is another great opportunity to play at the J Davidson Stadium, albeit behind closed doors.  We are looking forward to hosting South Shields FC.  It isn’t easy when we face yet another full time squad and it will be difficult to compete against but the group of players Sam (Heathcote) and I are working with this year are technically developed and if they focus on their own roles then it will be an interesting game."

Matthew Sumner wins a 65th minute penalty against City of Liverpool.Sumner's spot kick was saved by Jacob McCoy but fell kindly for the Robins striker to break the deadlock from the rebound.

The winners of Thursday nights' tie will travel to Eccleshill United in the 1st Round Proper after the Yorkshire side won 5-3 at Gateshead's International Stadium on Wednesday evening.