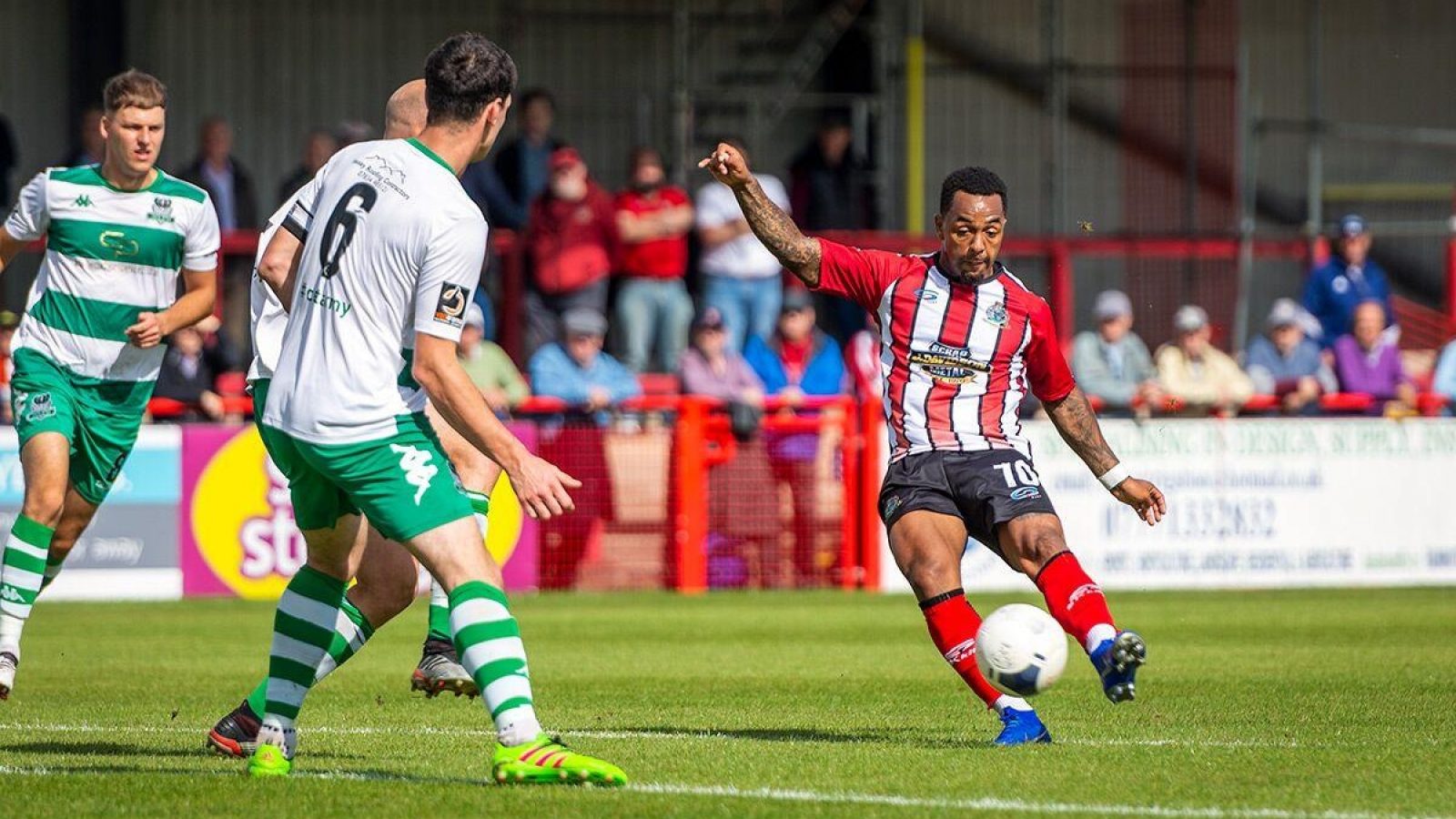 Altrincham have suffered a setback, on the eve of their FA Cup tie with Southport, after AFC Fylde recalled danger man Ashley Hemmings.

The 28-year old winger’s loan was scheduled to run until January 5th, but it has been cut short after Fylde agreed to cancel his contract at Mill Farm to facilitate a move to another club.

While Alty manager Phil Parkinson did his utmost to talk him into signing a permanent deal at The J.Davidson Stadium, there was no way round Hemmings’ insistence he wanted to retain his full-time status.

The Alty boss had to reluctantly conceded defeat after it emerged the talented forward is to join another club, so far undisclosed, who can offer him full-time football on a 52-weeks-per-year contract.

The news will disappoint Alty fans, as well as Parkinson and his coaching staff, after Hemmings arrived for a second loan spell with the Robins on August 16th and wasted no time making an impact.

At the end of August, he scored the one and only goal of his latest Alty stint, and what a strike it was, as he curled an unstoppable shot into the top corner from 25 yards to break the deadlock in a 3-1 win over Farsley Celtic.

‘We are sorry to lose Ash, and it’s particularly difficult for me, because I chased and chased him all summer,’ said Parkinson. ‘He loved his time here, and it was clear, when we spoke about what he would do next, that staying with us ticked an awful lot of boxes.

‘Unfortunately, we couldn’t offer him what he really wanted, which was full-time football.’

Hemmings made 10 league and cup appearances in his two-month stay, all of them as starts, and he leaves with the best wishes of everyone at Altrincham for continued success in his career.