Farewell and thanks, Willo, as second Alty spell comes to an end 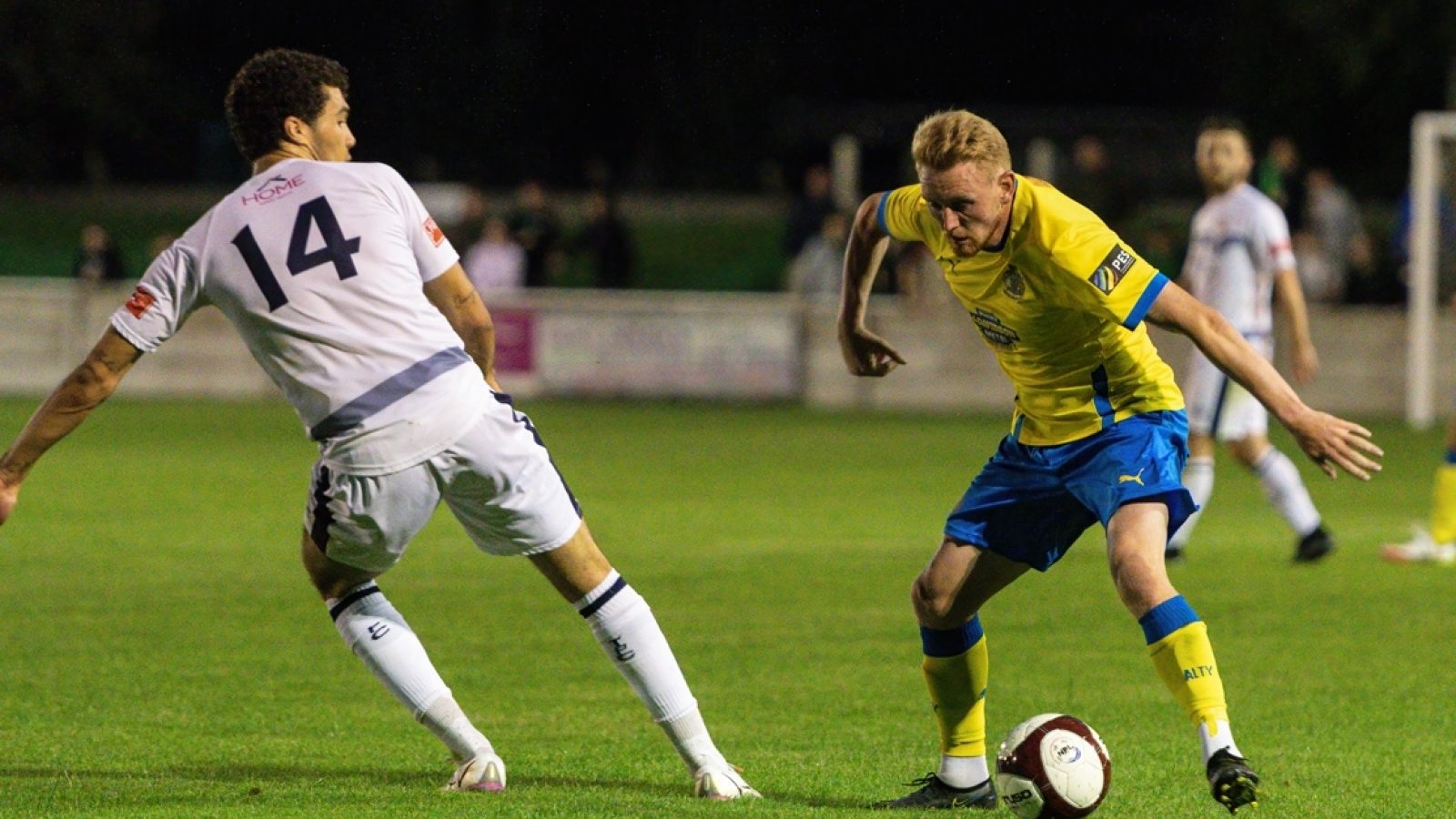 Popular midfielder Sean Williams has left Altrincham and joined Warrington Town after clocking up more than a century of appearances for the club in two spells at The J.Davidson Stadium.

The 29-year old has moved to Cantilever Park after completing a successful one-month loan stint with the Northern Premier League Premier Division side.

A combative but skilful central midfielder, and typically chirpy, humorous Scouser, Willo leaves with the best wishes of everyone at Alty after making a favourable impression with team-mates, coaching staff, officials and fans on and off the pitch.

Initially signed by then-Alty boss Lee Sinnott from Colwyn Bay in 2014, Sean returned to The J.Davidson Stadium in May, 2018 to become an integral part of the Robins' success story under Phil Parkinson and Neil Sorvel.

Always wholly committed and entirely dependable, he found opportunities hard to come by in the Vanarama National League this season and went to Warrington on loan in search of game time, where he made an invaluable contribution that led to the move being made permanent.

Thanks for everything, Willo, and all the best in your new venture down the road at Warrington!