Football for a fiver - yes, a fiver! Let's pack the ground and raise the roof for our big night live on BT Sport 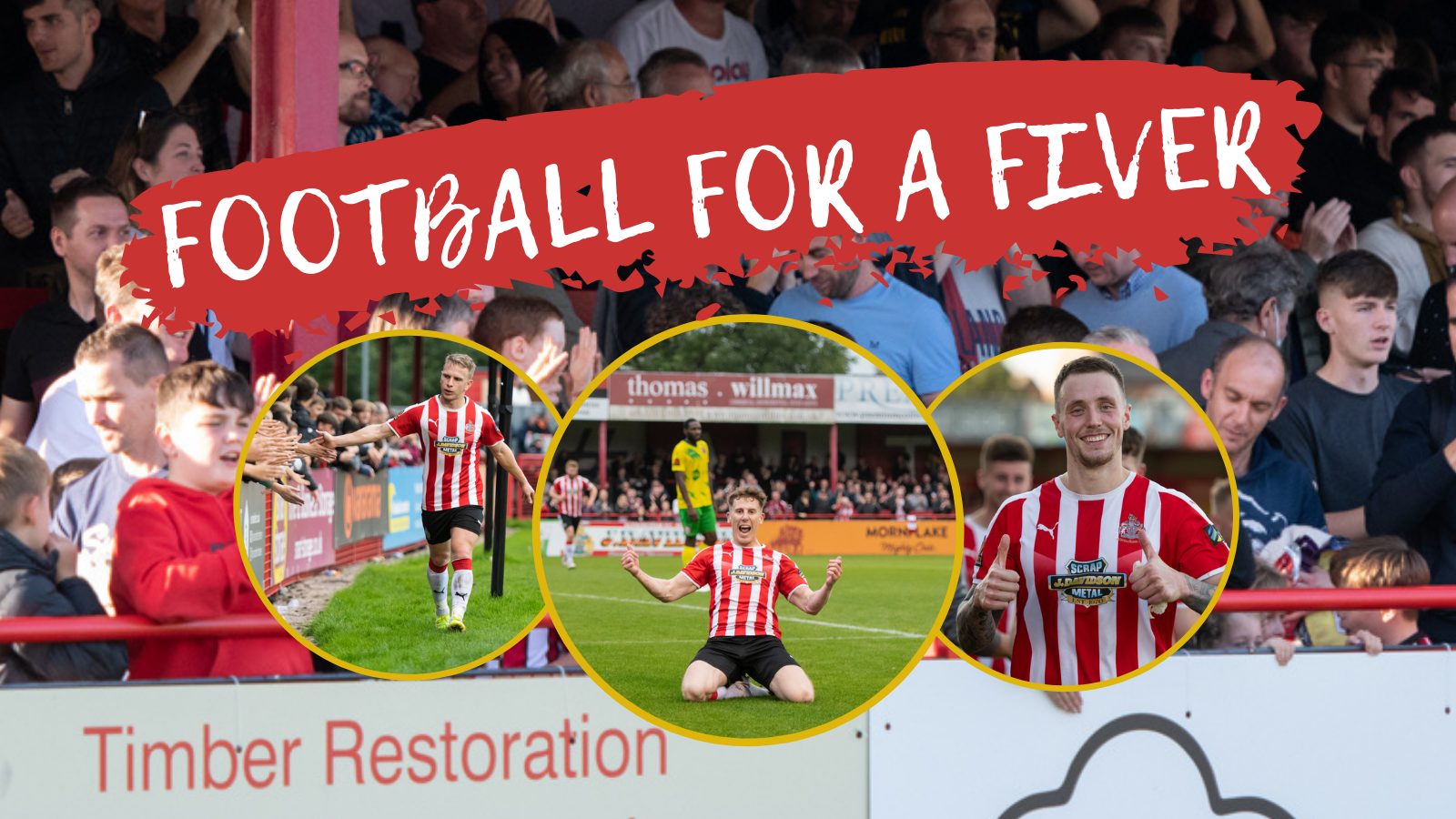 In a season that just gets better and better, Alty returned from a long midweek trip to Somerset with a massively-deserved point, having played with left-back Connor Hampson in goal for over 80 minutes.

That thoroughly-merited point against Yeovil Town pushed us into the play-off places, buoyed by the magnificent support you have given us home and away this season.

Our next home Vanarama National League game against Solihull Moors is being shown live on BT Sport, the first time we have been selected for a home televised National League match for 13 years.  We want to make sure The J. Davidson Stadium is packed to the gills with fans fully behind the Robins.

With that in mind, we are launching our latest initiative to fill the ground, “Football for a Fiver” for what we hope will be a memorable night.  All tickets for those aged 12 and above will be on sale at only £5 - in advance and for pay on the day, too - for both home and away supporters. Under-12s will be admitted free of charge for the game.

And season ticket holders have an important role to play, too – between now and kick-off, each of you will receive an email with an additional complimentary ticket to encourage family and friends to experience the wonder that this season has been so far.

We managed an incredible Tuesday night turnout of 1,631 home fans for the Grimsby Town game, and our ambition is to surpass this number for Solihull Moors. We will be pushing this initiative in the town centre like never before, as we seek to build new links with people in Altrincham, Sale, Timperley, Hale and Bowdon.

We want to give an easy opportunity for those not yet familiar with the fantastic football on show at The J. Davidson Stadium to find out what they have been missing.  And for those fans who have made their way to Moss Lane in record numbers this season, we are happily giving you a tangible reward for your support.

The J. Davidson Stadium will be open for business from 6.15pm on Tuesday 26th October, so buy your tickets as soon as you can and get to the ground early so that the ground is rocking as the cameras start rolling. Let’s show BT Sport and a nationwide television audience what Altrincham Football Club is all about. Click below and buy your tickets right now!