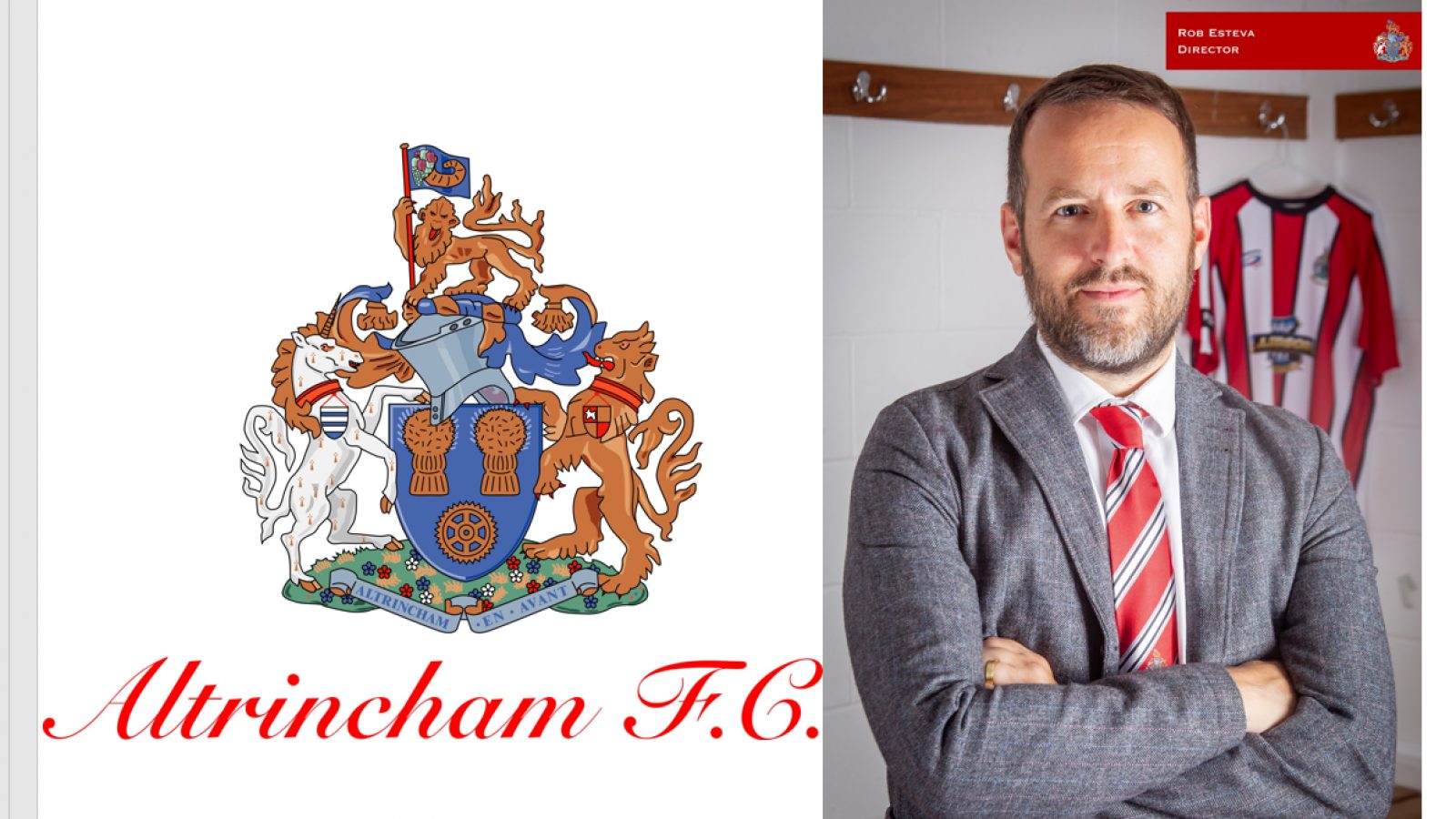 The postponement of today's Vanarama National League fixture with King's Lynn Town may have spared our visitors a wasted trip from Norfolk, but it came too late for our programme contributors, who had already submitted their columns for our online edition. Here, we reproduce Alty director Rob Esteva's Football Update column from today's programme.

The one advantage to digital rather than printed matchday programmes is that we all have longer to produce our notes for them before they are published, and I am writing mine on Friday morning ahead of Saturday’s games against King’s Lynn.

There has been a real buzz around the club over the past week, and everyone must have enjoyed how Tuesday night's excellent win at Wrexham saw us receive a little more coverage nationally than usual. Despite our lengthy list of absentees, there is no dampening the mood around the place.

I received an injury update from Tommy Uda last night, following training, and we still have 10 players receiving treatment, although Andy Dales and Simon Richman are edging their way back to fitness, which is good news.

It was a shame to see Billy Sass-Davies get recalled a couple of days ago, but all the positive messages both he and Joe Robbins received shows the impact they both made at the club. The relationship with Crewe continues to bear fruit for both clubs, and I am sure there will be more players switching between the two of us again in the near future.

Alistair Smith is another loan player making a positive impact, and we are hopeful of extending his spell with the club. In addition, we have brought in experienced forward Byron Harrison this week on a short-term deal. Byron made 29 appearances for Barrow last season, and he has enjoyed a strong career in the EFL.

He is nursing a slight calf problem which is likely to prevent him featuring against King’s Lynn this afternoon, but he will add to the competition for places in attack for the busy schedule ahead of us.

In welcoming to King’s Lynn to The J.Davidson Stadium, we are well aware that we are in for another tough encounter. We know all about the threat that Adam Marriott poses, but they have plenty more quality players in their ranks.

Jamar Loza is a dangerous player with the ball at this feet, while we know Dayle Southwell will be a regular target for them aerially up front. Michael Clunan is one who makes the side tick, dictating their play in central midfield, so there is plenty of quality in their ranks. A total of 45 goals in their 11 National League games so far suggests we may be in for another entertaining game!