Forward-thinking Phil signs one for the future in strike ace James! 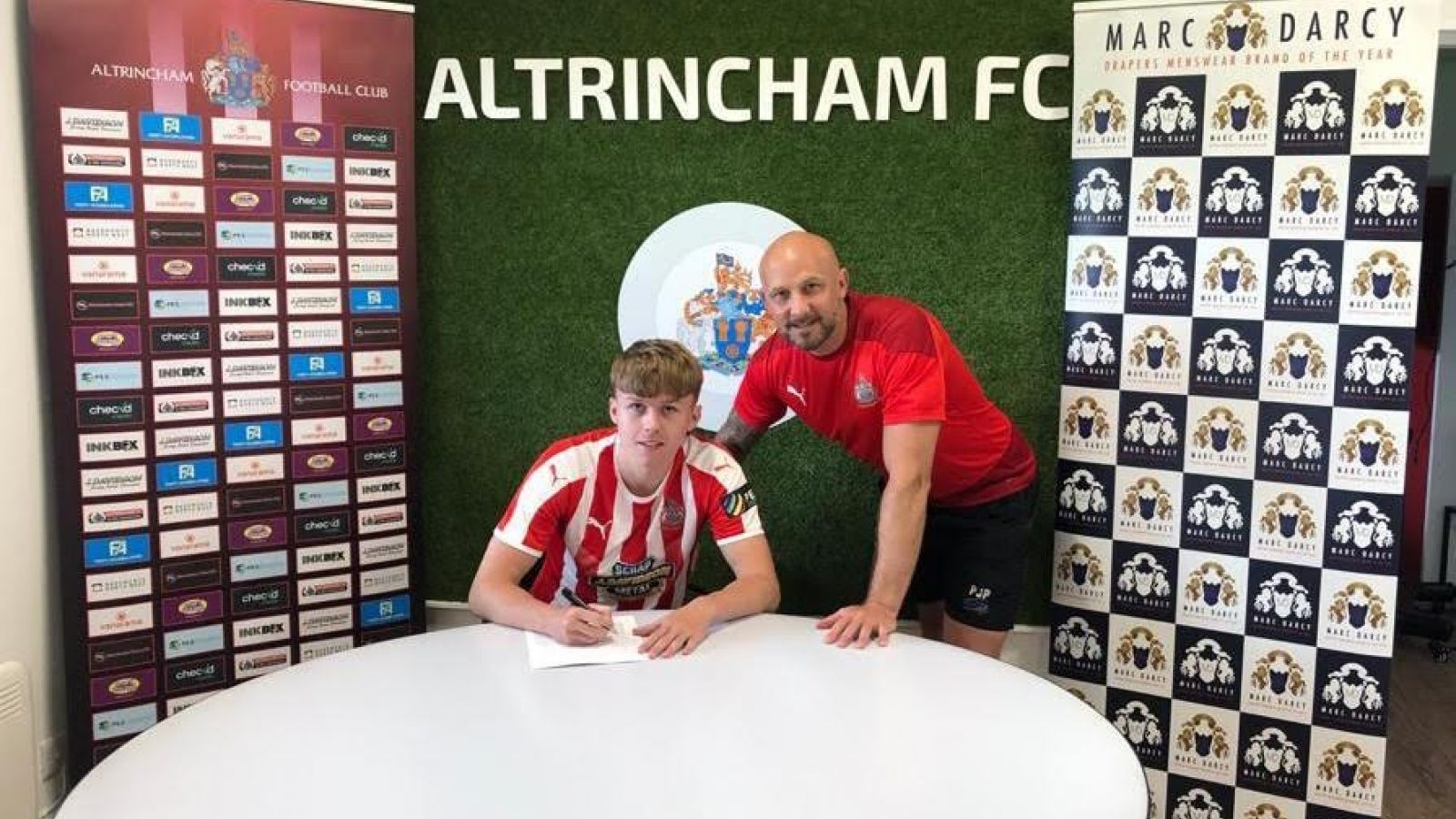 Phil Parkinson has made a signing with an eye to the future after snapping up highly-promising young striker James Berry.

The Wigan-born forward has had two substitute appearances as a trialist in recent Alty pre-season games, going on briefly at West Didsbury & Chorlton and playing the second half at Nantwich.

There were enough glimpses of his potential, particularly in the 3-0 win at Nantwich, where he laid on the third goal for Dan Mooney, to convince Alty boss Parkinson to move decisively and snap him up for the Robins.

Given his age and lack of senior experience, it was decided he would benefit from first-team game time at a lower-level club, and, as a consequence, he is joining Macclesfield FC on loan with immediate effect until the New Year.

But it's clear Alty's management team see his long-term future at The J.Davidson Stadium after he arrived as a trialist at the start of the Robins' pre-season programme and soon set about showing why he is so highly rated.

He was on Liverpool's books from the age of seven, and when they released him almost a decade later, his home town club Wigan were quick to sign him up on a two-year scholarship in December, 2016.

His big break came in November, 2019, when Hull City agreed a compensation deal with Wigan to take him to the KCOM Stadium, where he progressed sufficiently to earn a first-team debut in the Championship as a substitute in a 3-0 defeat against Blackburn Rovers 18 months ago.

A right-footed forward who favours the wide positions and is particularly dangerous cutting in from the left and creating chances for himself or team-mates, he has an ability to change games that Phil and his assistant Neil Sorvel believe will serve Alty well for years to come.

Everyone at the club wishes James well at The J.Davidson Stadium and extends a warm welcome to him.