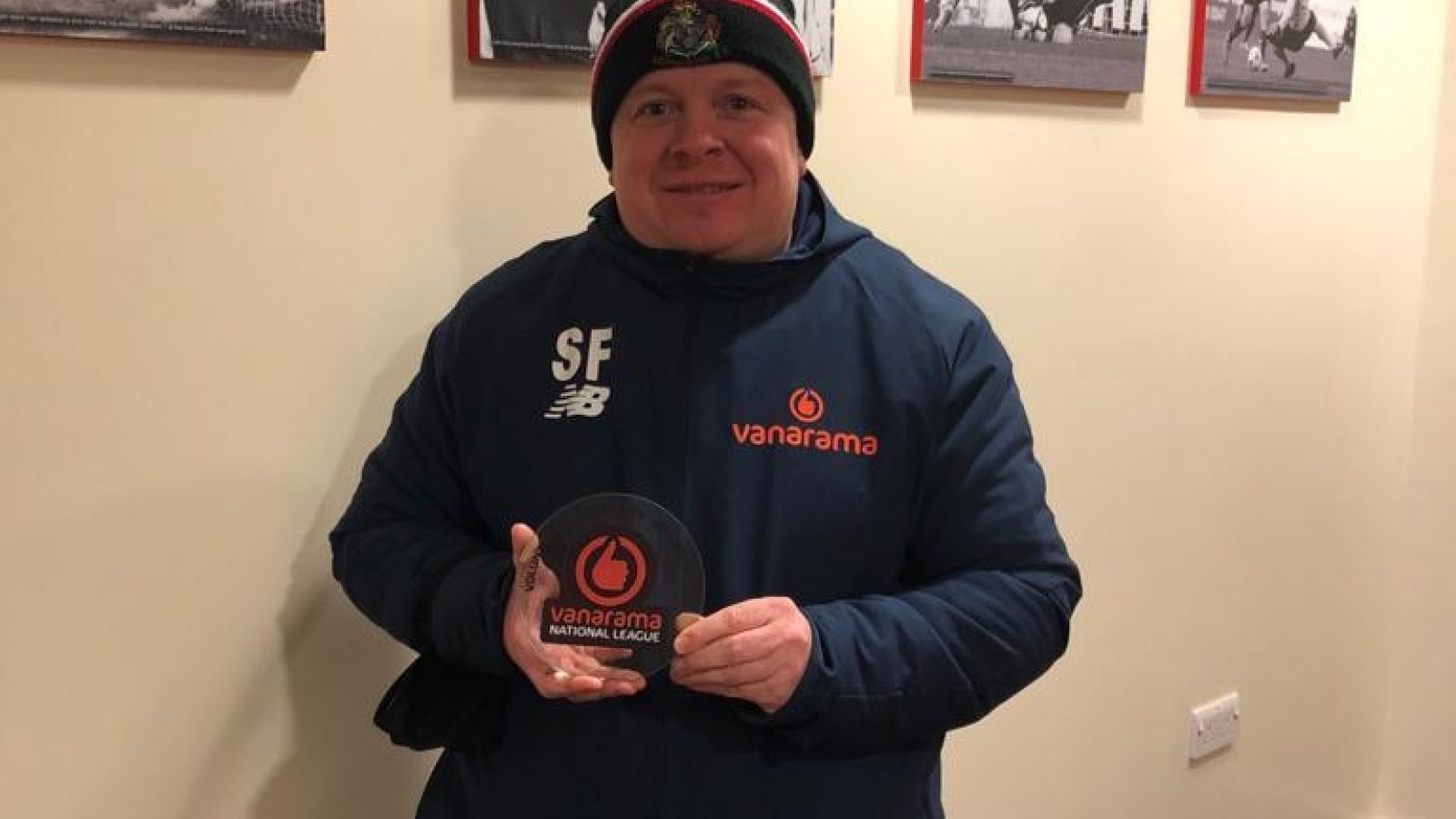 Congratulations to Steve Foster, who has won the December award for 'Volunteer of the Month' in The National League.

The Altrincham kitman & long time supporter was chosen as the winner from a number of nominations from National League clubs.

The award is for those who give up their time for the love of the game & are rightly acknowledged.

Steve is very much part of the team at Altrincham – but the club’s kitman doesn’t even accept travel expenses.

It’s a family affair for Foz, the players’ go-to man, who along with his father, Peter, has made a major contribution to Altrincham Football Club during this millenium.

His duties include looking after three different kits, the teams’ matchday needs and rushing out to buy the coffee, tea and Lucozade.

His house often resembles a laundry after every game and for that fact alone, he is a worthy winner.

Steve. pictured above with his award, said:-

"Given the massive amount of work performed by volunteers at Altrincham & other clubs in the league, I am extremely flattered to be nominated for this award, let alone win it".