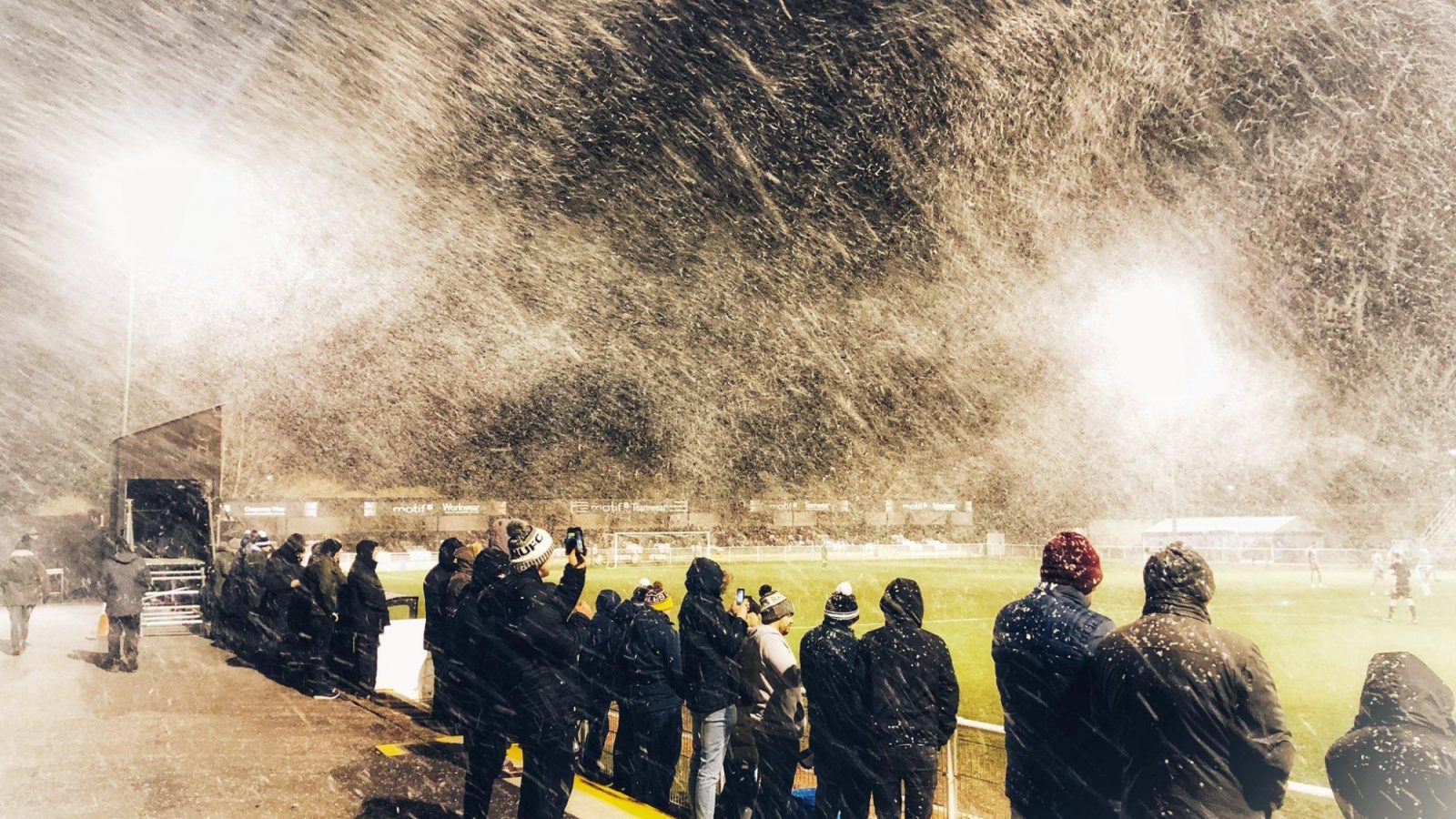 Altrincham will wonder how they came away with nothing from a bitterly cold and blustery Brewery Field on Tuesday evening.

Alty’s previous trip to the north-east to face The Moors took place on a wonderfully warm afternoon in August 2018 and produced a memorable 4-4 draw between two of the division’s finest footballing sides, and while the weather conditions on this occasion could scarcely have been more different, the free-flowing football produced a similarly enthralling spectacle for the 869 in attendance.

After a relatively quiet and tentative opening, it was the home side who broke the deadlock; James Roberts firing into the roof of the net following a teasing in-swinging cross from left-back Stephen Brogan, who had temporarily switched flanks owing to an earlier corner [1-0].

The rest of the first half followed a similar pattern, Alty enjoying large spells of possession and Spennymoor getting numbers behind the ball and looking dangerous and effective on the break. But it was a moment of magic from Josh Hancock that got Alty back into the game, his perfectly executed free-kick from 30-yards sailing over the wall before dropping into the bottom corner [1-1].

With the honours even at the break it was the Robins who flew out of the traps at the start of the second period, Hancock being denied early on by Moors goalkeeper Matt Gould, and Jordan Hulme orchestrating a number of fine moves as the visitors started to carve open the Spennymoor defence.

It was totally against the run of play that Rob Ramshaw scored a piledriver past Tony Thompson to emphatically put the home side back into the lead after 53 minutes. Jake Moult was put under heavy pressure just inside his own half, and amid appeals for a foul on the Alty skipper The Moors worked the ball out to Ramshaw, who struck an unstoppable effort that looked destined for the top corner from the moment it left his boot [2-1].

Alty were not disheartened and continued to play well, and when Densmore was pulled to the ground inside the box in the 56th minute, the referee showed no hesitation in pointing to the spot. Hancock stepped up confidently and hit his penalty with venom, but it was well saved by Gould who was at full stretch to palm it away.

Ten minutes later Alty found themselves further behind. A clever piece of play and a nice cross from talisman Glenn Taylor found the head of centre-back Nathan Buddle who made no mistake in heading expertly past a helpless Thompson [3-1].

With 12 minutes of normal time remaining, Alty thought they had a lifeline. Josh Hancock swivelled and fired powerfully past Gould, only for the linesman’s raised flag to cut Alty celebrations short. There were strong protests from the Alty players, and referee Matthews spoke to his assistant at length before ultimately confirming the decision to rule out the goal.

The Robins did pull a goal back just a couple of minutes later, Elliot Durrell winning and then confidently converting a penalty having come off the bench for his Alty debut [3-2].

And the impressive Durrell nearly made himself an instant Alty hero, shaping up nicely when the ball fell to him on the edge of the six-yard box, only for his goal bound effort to be blocked by some heroic defending at the expense of a corner.

The win for the home side lifted them into the play-off places and level on points with Alty, for whom it was only a second defeat in 14 league outings. 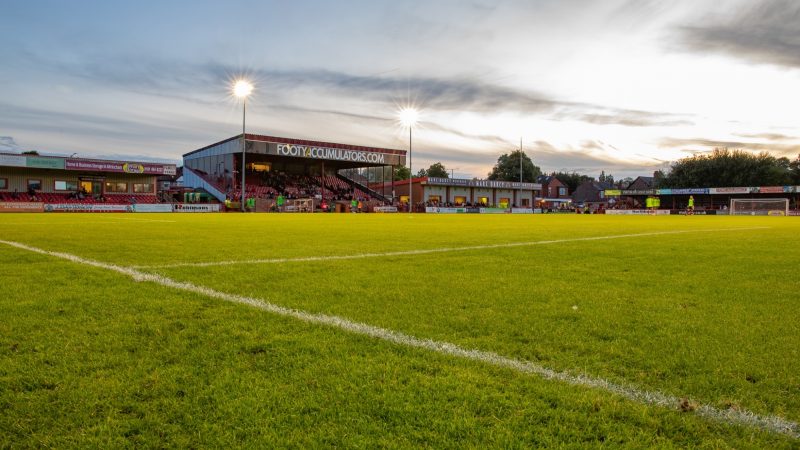