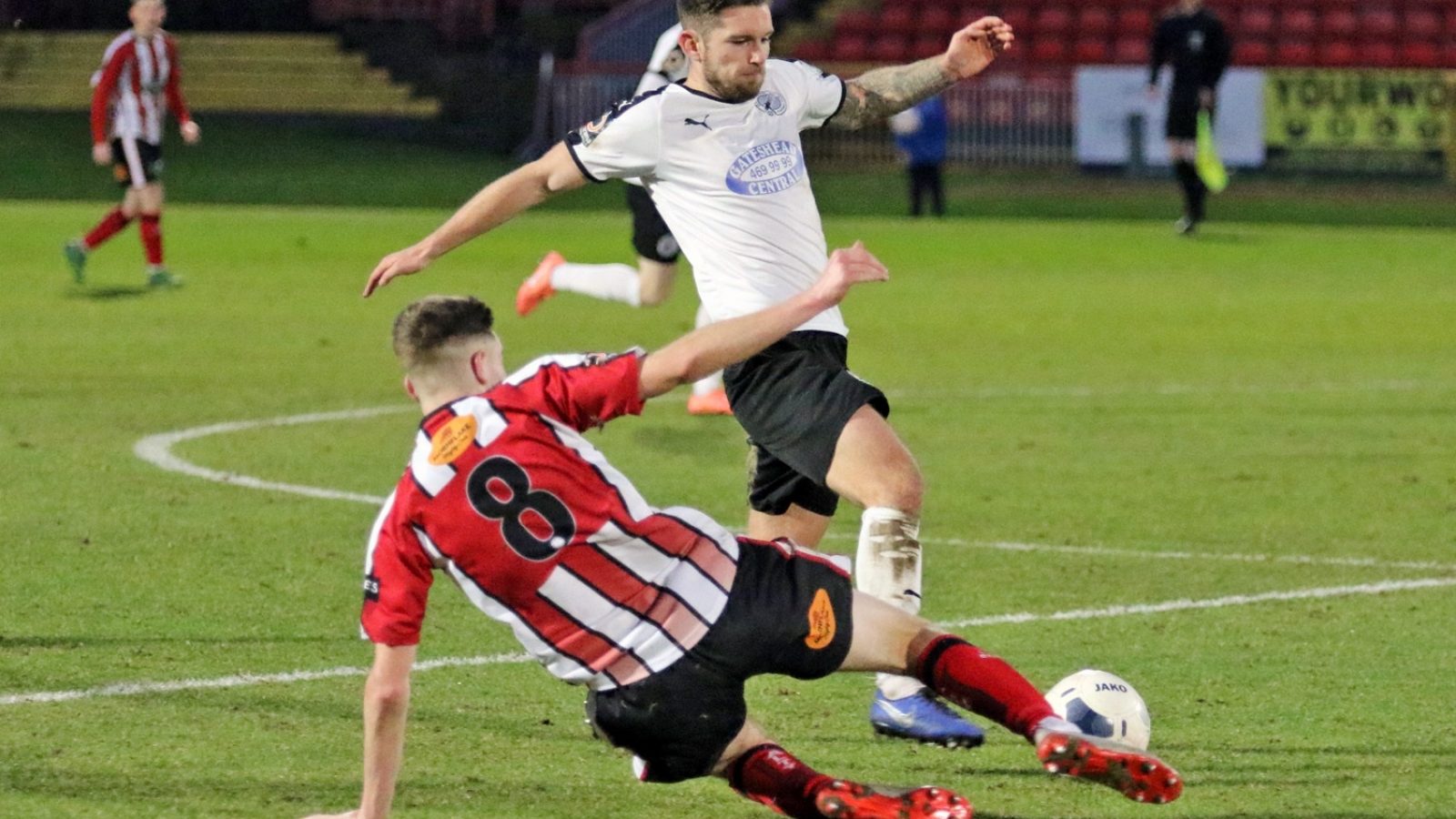 Altrincham’s unbeaten run came to an end at the 8th hurdle in an entertaining game at the International Stadium as Gateshead gained revenge for their 3-0 defeat at the J.Davidson Stadium in November.

The Robins started really brightly, opening up the Heed defence at will in the opening 20 minutes but were unable to capitalise on a number of good openings with Toby Mullarkey going close & Jake Moult’s header from an excellent Luke Wall cross being disallowed for offside.

The Tynesiders looked shaky at the back but were dangerous coming forward, with Jordan Preston providing plenty of creativity, the former Halifax, Guiseley & Ayr United attacking midfielder ultimately proving to be the game’s most influential player. Tony Thompson had to produce good reactions to deny Mitch Curry, who deflected Scott Barrow’s effort, but after Jordan Hulme had sliced a decent opportunity wide, the Alty keeper made a rare mistake to allow Gateshead to open the scoring. Thompson was unable to deal with a dangerous in-swinging corner from Nicky Deverdics & only succeeded in helping the ball into the net in the 42nd minute.

Phil Parkinson’s side opened the 2nd period brightly & were camped in the opposition half for the first 10 minutes but the home side responded well, breaking swiftly & doubled their lead in the 66th minute.

Alex Nicholson’s pinpoint cross towards the near post was met by the debutant Curry, who hit the post, with the ball rebounding fortuitously off the Middlesbrough loanee into the bottom corner.

Alty were unable to respond & created few problems for the home side who were ramping up through the gears & playing some eye-catching football. Most of the danger came down the left hand side & Thompson had to produce a terrific save to deny Scott Barrow, whose powerful strike came at the end of a superb flowing move.

The 2 goal victory margin meant that Mike Williamson’s side moved ahead of the Robins on goal difference, whilst Alty drop 4 places to 10th. It’s getting really competitive as the race hots up for play-off places with just 2 points separating 5th & 12th place in the Vanarama National League North.

Hear the post-match thoughts of Phil Parkinson below:-