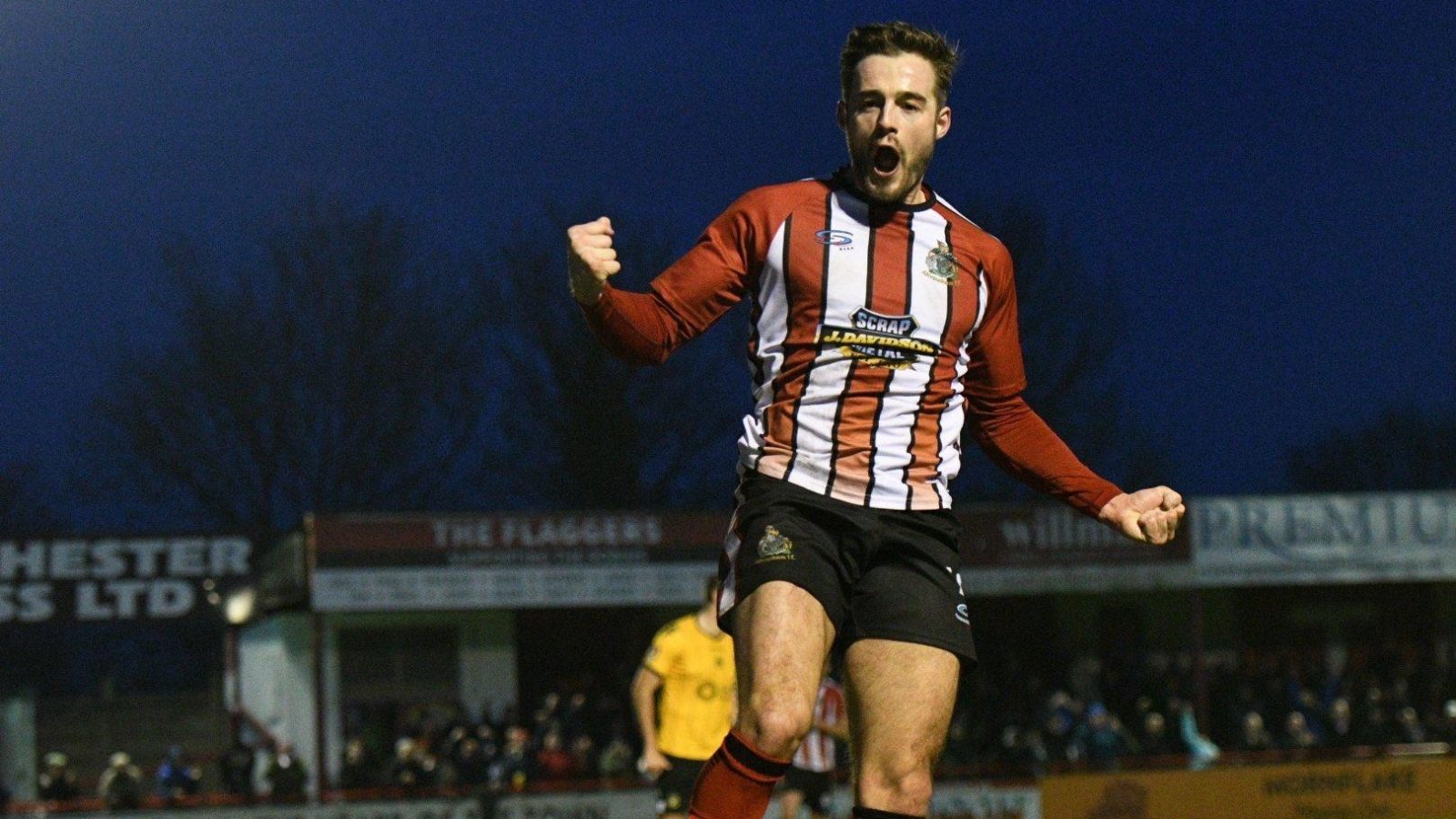 *Like father like son - Josh Hancock after scoring one of his many Alty goals, and now his dad John is contributing to the cause!

There's no rivalry like it anywhere on the sporting calendar. England squaring up to Australia for the Ashes. The three lions engaging the baggy greens with an intensity that never falters for arguably the most coveted prize in sport.

The little urn may not be at stake in the limited-over one-day version, but the competitive edge is no less ferocious, no less compelling. In any format, it's a fixture that leads the way in terms of fervour and significance.

And now, courtesy of Josh Hancock's dad, we are able to offer you the chance to own a lasting memento of one of these iconic sporting occasions.

The 2018 one-day international series was an unforgettable one from an England perspective, with Eoin Morgan's team thumping the Aussies 5-0 and rounding it off with a thrilling one-wicket win at Old Trafford, inspired by an unbeaten 110 from Lancashire's wicketkeeper-batsman Jos Buttler.

John Hancock is the proud possessor of an autographed bat from that series, and he has kindly offered to put it up for auction, with all proceeds going directly to Altrincham FC, a fantastic gesture that will boost the club's finances in these difficult times.

Joe Root, Eoin Morgan, Moeen Ali, Jonny Bairstow, Jos Buttler, Alex Hales and Liam Plunkett are among those who have signed, along with many others, and there is a letter of authenticity to verify they are genuine autographs.

An opening bid of £60 has been made, and the auction will run until this coming Sunday, April 19th, closing at at 10pm, after which the winner will be notified. Alty director Neil Faulkner is acting as recipient for bids, which should be sent by Twitter to @Faulkne99553264 or email to [email protected] The winner will be advised how to pay the money directly to the club.

Our thanks again to John for his generosity and to all who take part in the auction.