Good to see you, gaffer! Elliot's back with boss who inspired his best-ever season 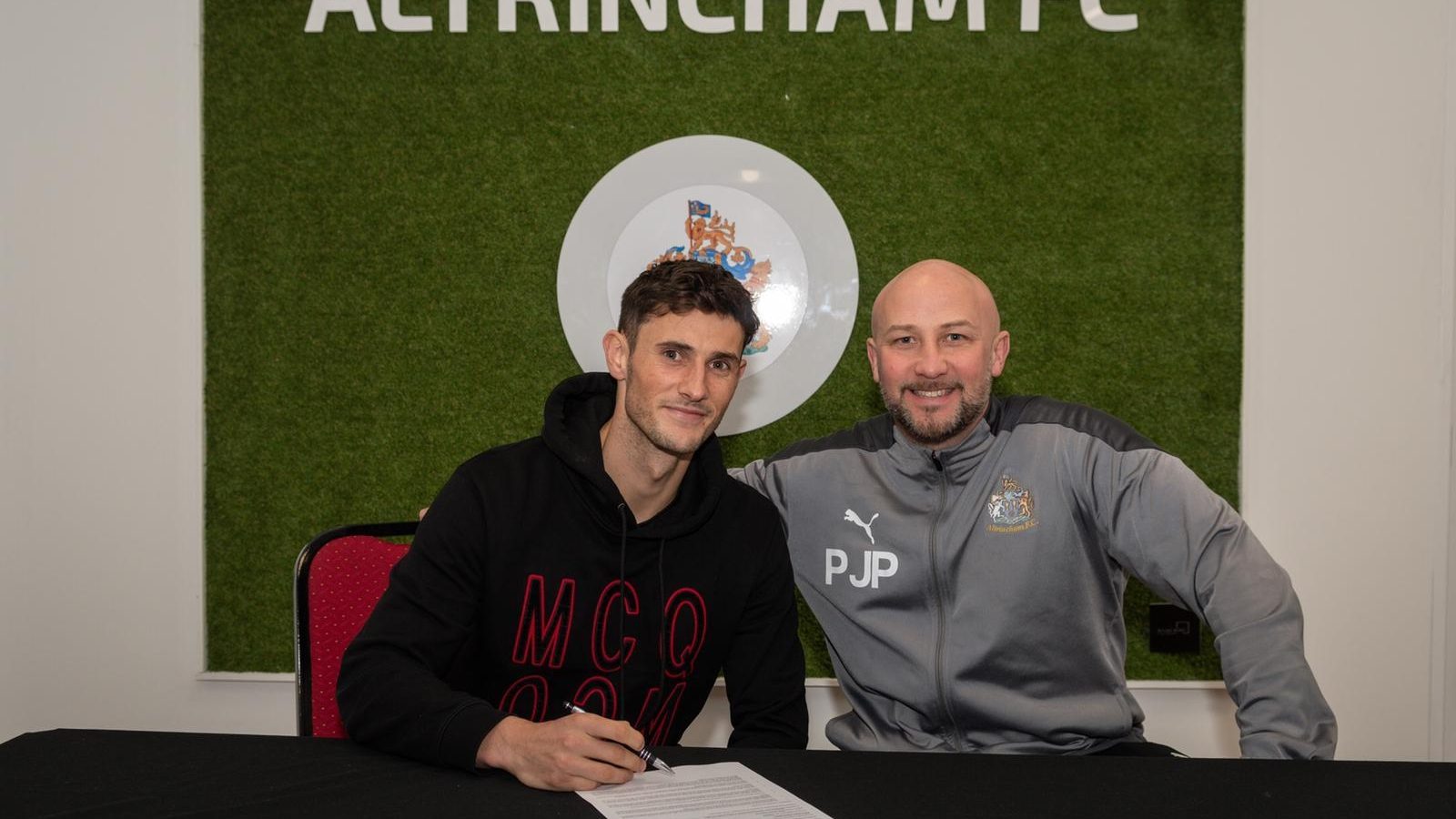 *Ready for action .. Elliot Osborne can't wait to get started after signing for Alty alongside manager Phil Parkinson. Picture by Michael Ripley.

Altrincham are delighted to announce a significant addition to their midfield ranks after completing the signing of Elliot Osborne from League Two Stevenage.

The 25-year old has put pen to paper at The J.Davidson Stadium with a pedigree that bodes well for the Robins' hopes of rediscovering their winning touch and having a successful second half to their Vanarama National League campaign.

His all-round dynamism and goalscoring flair featured prominently in Stockport County's 2018-19 National League North title triumph and was followed by another eye-catching contribution in the top flight that earned him elevation to the Football League with Stevenage.

Rewinding further, he had League scouts flocking to watch him as he clocked up a remarkable 22 goals from central midfield in a single season - under the tutelage of Phil Parkinson and Neil Sorvel at Nantwich Town!

In a glowing testament to the motivational skills of Alty's management duo, Osborne recalled his teenage days under the pair and said:

'I played my best football under them, and it earned me a really good move (to Fleetwood Town). That is why I am here now - I trust them both and I trust the process they follow.

'I was only 18 or 19, but I scored so many goals under them that season, and it was one if the great times in my life. I am hoping to recapture that by coming here, and I couldn't be in better hands.

'It has all happened very quickly, having just left Stevenage, but I'm absolutely buzzing to be here. A new manager came in at Stevenage, and it hasn't gone the way I wanted it to, but I'm delighted to be signing for Altrincham.

'As soon as I heard Phil and Sorvs were interested, that was all I could think of. I wanted to play football and enjoy myself, and I know that can happen here because I know the football Altrincham play.'

The six-foot tall Stoke-born Port Vale Academy graduate created considerable interest from League clubs with his sensational scoring record at Nantwich before opting for Fleetwood, who loaned him out to Tranmere Rovers, Stockport and Morecambe, prior to Southport snapping him up for an undisclosed fee in 2018.

Stockport took him on loan again and followed up by signing him on a permanent basis, a show of faith that was quickly justified as he scored twice in 37 games in their NLN title-winning campaign and hit the ground running in the top division with a hat-trick in a 5-1 win over FC Halifax Town.

In all, he scored 10 goals in 72 appearances for County, and when Stevenage won the race for his services 18 months ago, then-manager Alex Revell said: 'He is coming here off the back of a couple of hugely-successful seasons and will bring goals and a creativity and dynamism we are all going to be excited to watch.'

As Elliot signs in, central midfielder Adam Porter has ended his loan spell at Alty and returned to Stoke City. Everyone at the club would like to thank Adam for his efforts in Alty colours.

In addition, Alty forward James Berry has extended his loan spell at Macclesfield FC and will remain with the North West Counties League club for the rest of the season.

*Keep an eye on the club's website tomorrow, when we hope to bring you news of another signing.