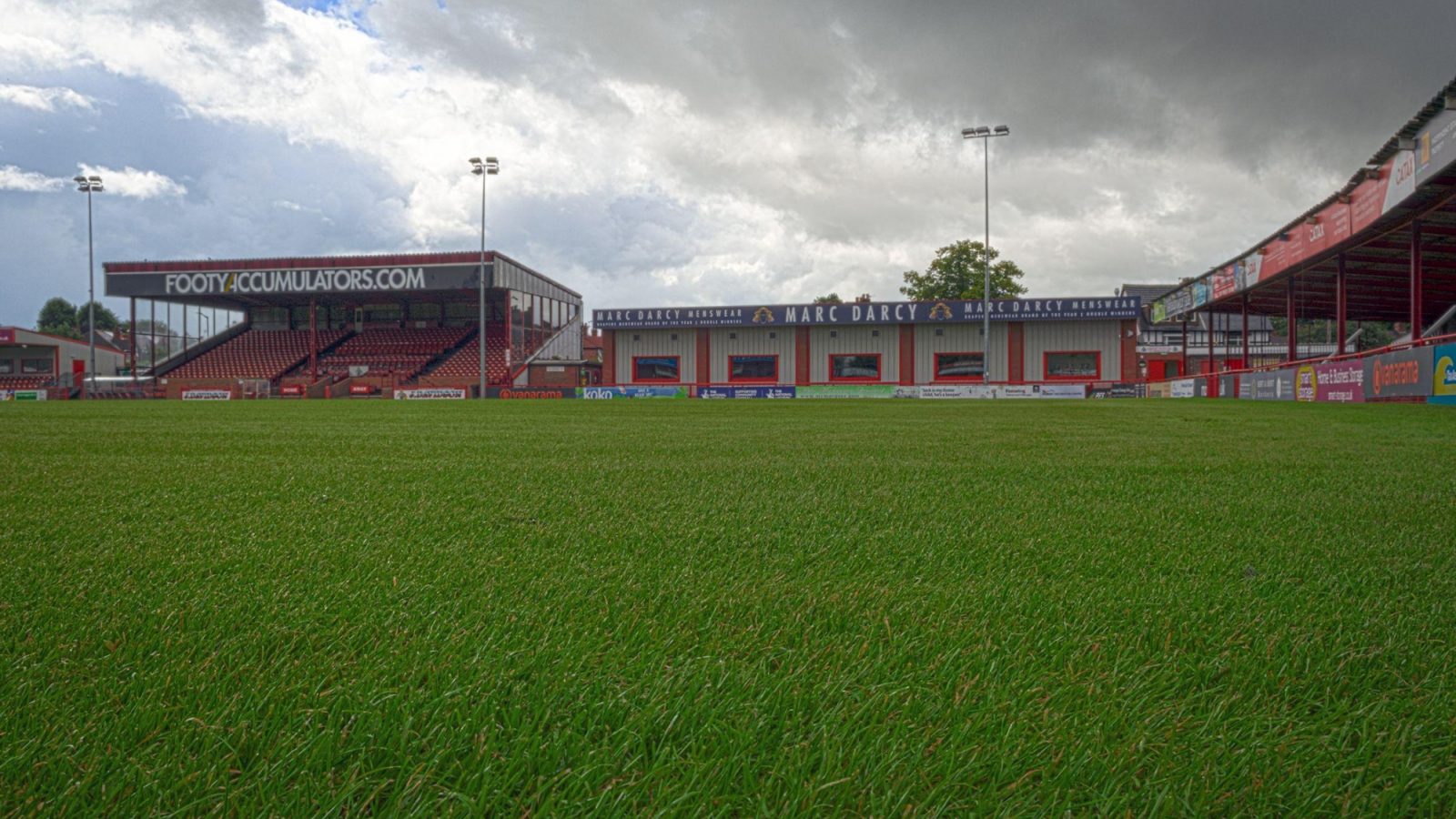 All the work has been completed on Altrincham's no-expense-spared new pitch, and the bedding-in process is well underway, ahead of its first use early next month.

As photographer Michael Ripley found, when he called in at the ground yesterday and took the above picture, a lush green carpet awaits Phil Parkinson's side when they take to the field for their first Vanarama National League home fixture of the season against Dover Athletic on Saturday, September 4th.

It's exactly the surface the board promised Phil and his players, flat and even and ideally suited to their slick passing style.

But what about beneath the surface? That's the key question. All the corrective measures taken to remedy a drainage problem that has become a particular bugbear in recent times and caused countless postponements. Have they worked?

Time will tell, but the early signs are distinctly promising after some ferocious recent downpours put the new drainage system to the test. So, how did it fare? Let Alty director Neil Faulkner explain.

'Normally, if 15-20mm of rain falls in the space of 24 hours, it is enough to get a game called off,' he said. 'Last week, we had 46mm overnight, yet there wasn't so much as a single puddle on the new pitch the next day.'

That's great to hear. It's still early days, and no-one at the club is taking anything for granted, but the early indications suggest the board's significant investment, achieved with the help and generosity of so many fans and businesses who contributed to the Pitch-In appeal, will prove well worthwhile.