Hannigan appeal rejected by the FA 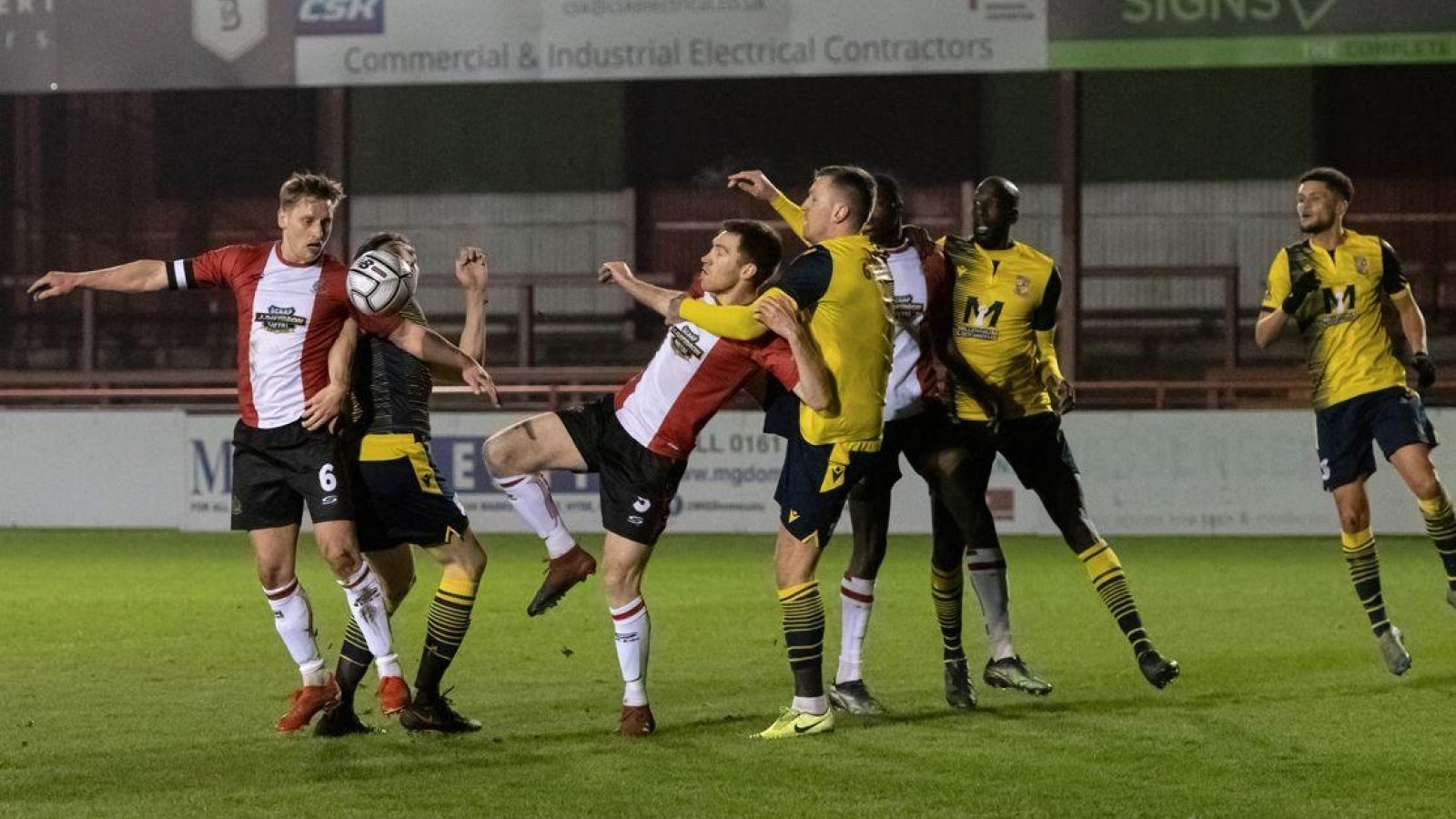 *In the thick of it .. Tom Hannigan (centre) battles for the ball a few minutes before his dismissal on Tuesday night. Picture by Michael Ripley.

Altrincham have appealed against Tom Hannigan's straight red card against Woking but been informed by the FA that the decision will stand.

The Alty centre-back was sent off in the 33rd minute of the Robins' 1-0 win after referee Andrew Miller judged a challenge on Jayden Wareham to be a foul that denied the Woking striker a clear goalscoring opportunity.

After studying video footage of the incident and concluding Tom made contact with the ball initially and any subsequent contact could be deemed mutual and accidental, Alty decided to lodge an appeal.

At a meeting of the FA's regulatory commission, members of the panel considered Alty's case but ruled it was not an instance of wrongful dismissal.

A decision letter was relayed to the club yesterday, and Hannigan will now serve a one-match suspension, meaning he will miss Tuesday's home game with Hartlepool United.