History in the making! Full-time Phil and Neil commit for another three years 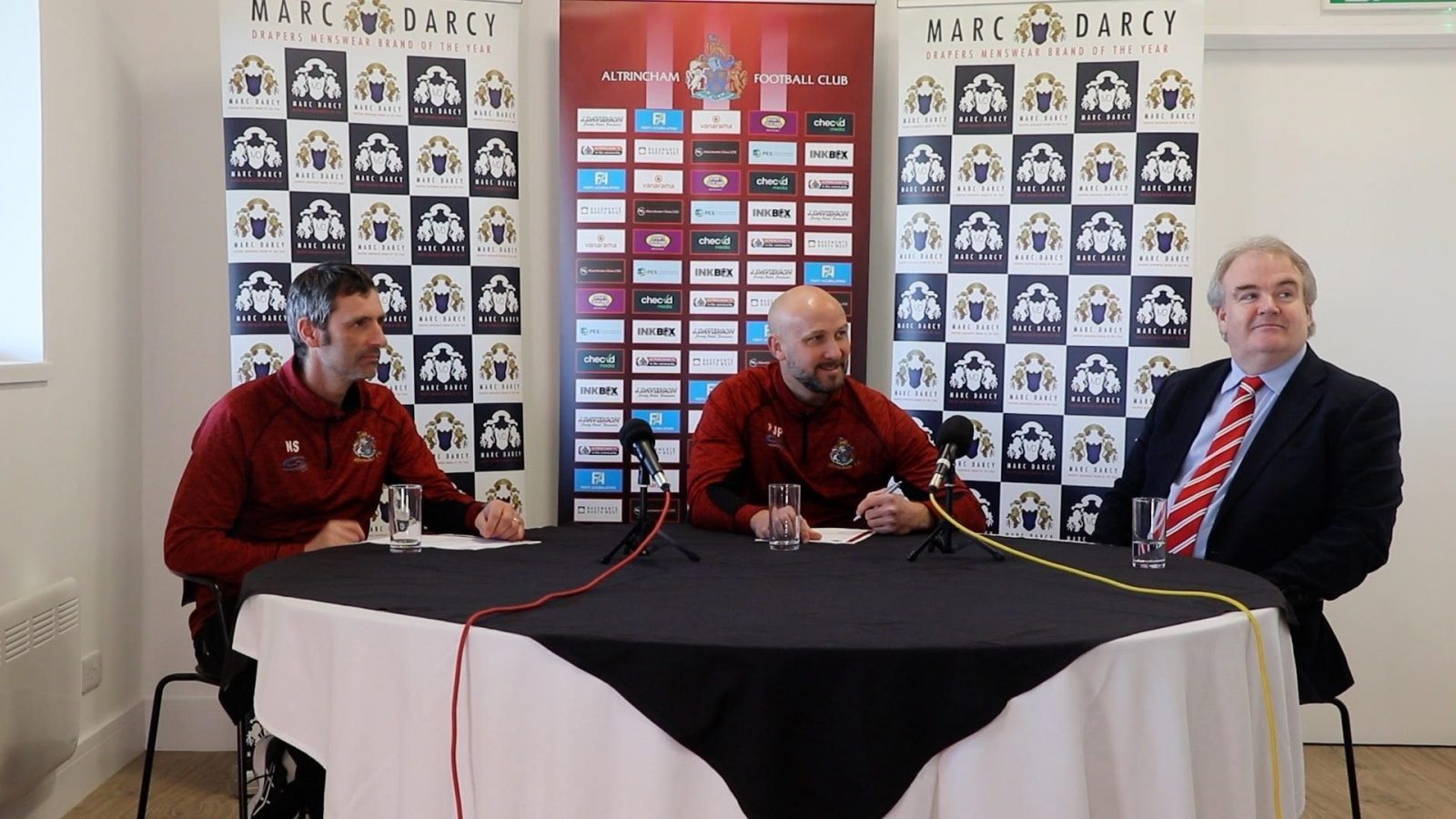 Altrincham have made history by installing Phil Parkinson as their first-ever first full-time manager in a bold move aimed at underpinning sustained recent progress and achievement on and off the pitch at The J.Davidson Stadium.

In another giant stride forward by one of non-League football’s most progressive clubs, the 40-year old has agreed to leave his job as a sports science lecturer to take the reins at Alty full time.
And in a further boost to the Robins’ Football League aspirations, highly-rated coach Neil Sorvel will continue as his assistant, also on a full-time basis, after the pair both signed new three-year contracts.

Appointed four years ago, with morale at Moss Lane at a low ebb after successive relegations, Parkinson and Sorvel sparked an immediate transformation, winning the Northern Premier League title at the first attempt and following up with promotion from the Vanarama National League North via the play-offs last season.

Despite the club’s semi-professional status, they have continued to thrive in a National League dominated by big-budget full-time outfits, at times occupying one of the play-off places and looking capable of mounting yet another promotion challenge.

As he reflected on the club’s latest statement of intent, hard on the heels of an eye-catching kit deal with world-renowned suppliers Puma and plans to replace the pitch this summer with a new surface more conducive to his team’s style of play, Parkinson said:

‘Neil and I have always wanted to drive this club forward, and we are really excited to have this opportunity to lead Altrincham into what could be a new era.

‘I’m really pleased. It shows our belief in the club and the club’s belief in us, and that is paramount.
‘It has been exceptionally difficult combining two jobs, and while I would have carried on as before, if things had stayed the same, because I love being Altrincham manager, Neil and I are now better placed to take the club further, because we can devote more time to it.

‘It feels great to be able to call myself a full-time manager, but it comes with a weight of expectation. I am fully aware of that, but I am relishing the challenge. Neil and I want to kick on, and I can only see positives coming from it.’

Alty co-chairman Bill Waterson commented: ‘This is a truly monumental day in the history of Altrincham Football Club, and I hope our supporters are as excited about it as we are.

‘It is a very, very big step forward for us, a declaration of our intent and ambition, but we were hugely impressed with Phil the day we first interviewed him four years ago.

‘He wasn’t just talking about getting us out of the Northern Premier League, he was talking about his vision for what would happen longer term. It was about creating a philosophy and mindset, and it soon became clear we had found the right man to take us forward.’

To mark such a significant milestone for the club, a news conference was set up at the ground, with press and media officers Brian Flynn and John Edwards firing questions at Phil, Neil and Bill and Mark Bennett filming proceedings for Alty TV.

The video is being shown specifically for season ticket holders, as a gesture of thanks for their ongoing loyalty and support, starting at 8pm this evening. It will be screened again at 2.15pm tomorrow as the opening segment of the live stream coverage of the game against FC Halifax Town and will then be available for all to see at a time to be announced later this weekend.

Back Phil and Neil and become a patron here!