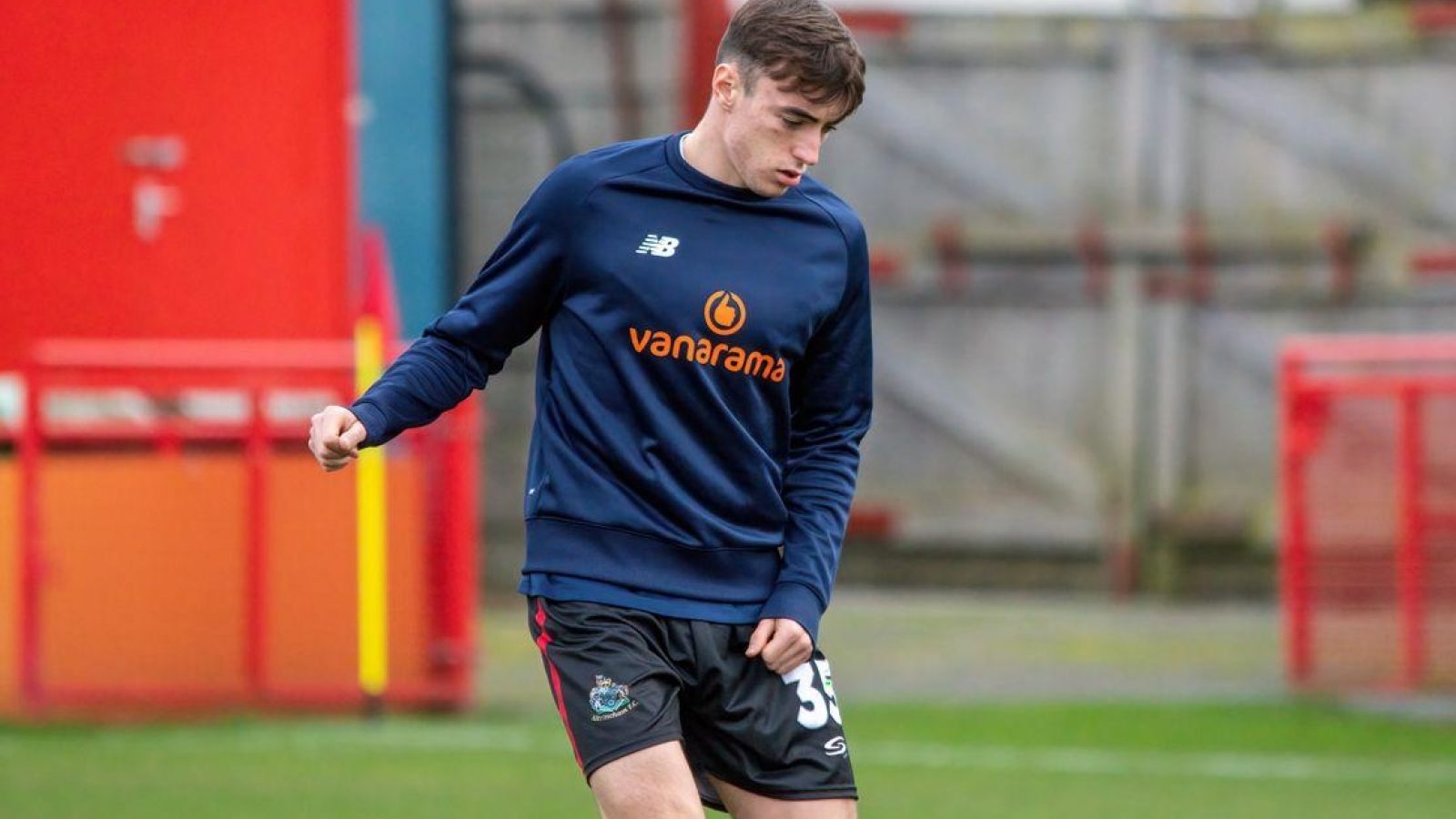 *Quality .. Harrison Holgate limbers up prior to kick-off against Stockport County. Picture by Michael Ripley.

Harrison Holgate's month-long loan at Altrincham has come to an end, and he has returned to Fleetwood Town after three highly-impressive appearances for the Robins.

The young centre-back answered the call to plug injury gaps in the Alty defence, and after an accomplished debut in the Buildbase FA Trophy win over Chester, he added two more full 90-minute appearances in the Vanarama National League against Stockport County and FC Halifax Town.

Alty director Rob Esteva paid a glowing tribute to the 20-year old Leeds-born prospect, saying: "We’d like to thank Harrison for his contribution during his time at Alty. After Richie Sutton picked up a knock, and with Toby Mullarkey’s recovery taking a little longer than expected, we knew we needed cover alongside Tom Hannigan during a busy Christmas period.

"Harrison came straight into the team against Chester and looked like he had been with us for years. He played a key role in that game and did equally well in the Boxing Day clash with Stockport.

"It's never easy to slot into a team at short notice, and we do not underestimate the challenge of these loan spells. But credit to Harrison for his performances with us, and he is another player whose development in the game we will keenly follow, as I am sure most Alty fans will. We’d like to thank everybody at Fleetwood for allowing Harrison to join us for the month."

Reflecting on Holgate's impact in Alty colours, manager Phil Parkinson added: "Harrison has been absolutely fantastic for us and would probably have played even more games but for Toby Mullarkey coming back from injury and Andy White as well.

"That gave me so many options, and I'm always loyal to the players already here, but I would like to thank Harrison for his excellent efforts. He was really good, and if we need him again, I would have no hesitation in asking to take him back."