Hulme to the fore, but Robins pay for poor first half 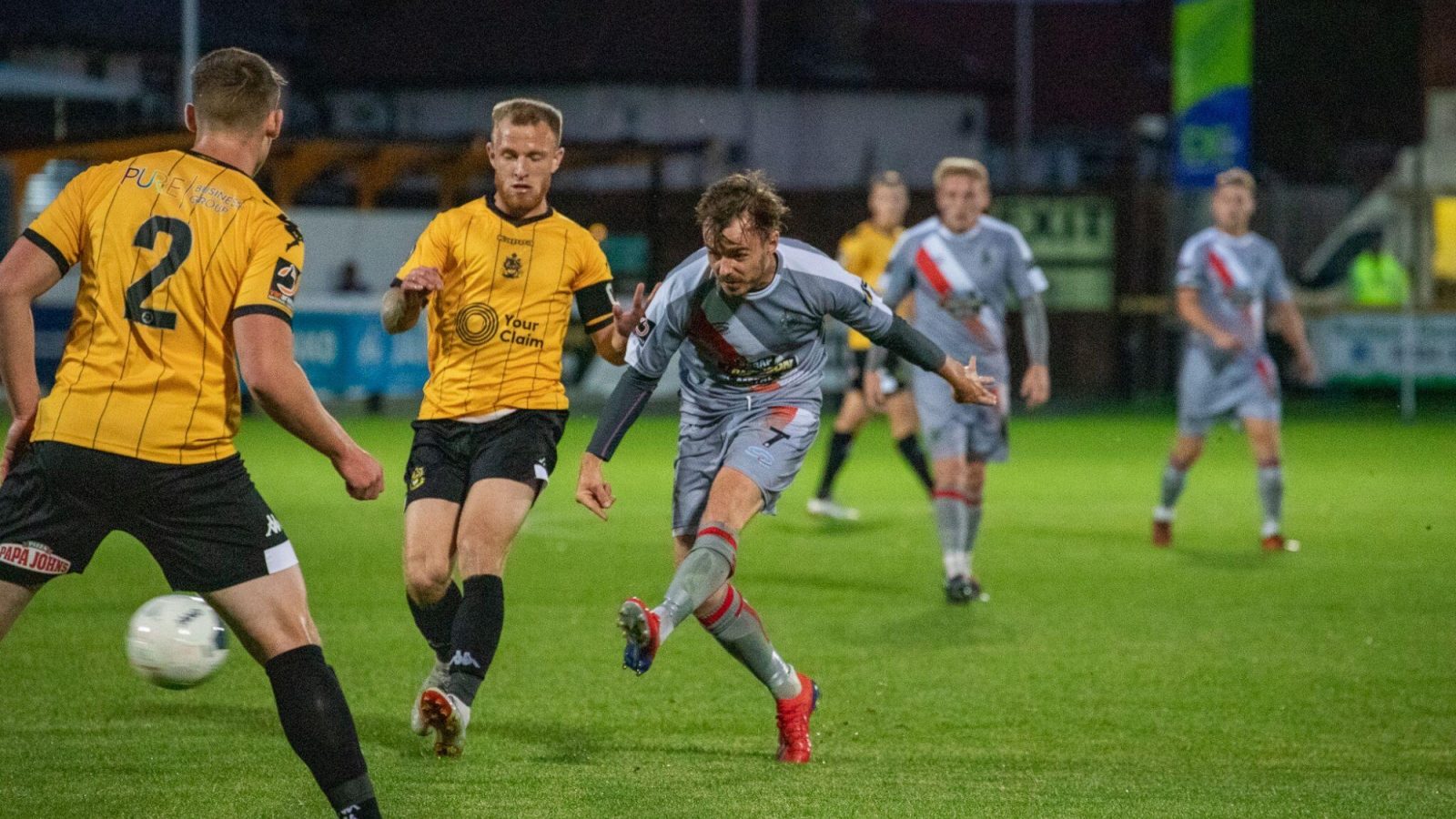 *By the left .. this effort from John Johnston had the keeper at full stretch to tip it round the post. Picture by Jonathan Moore.

Altrincham are still in search of their first away win of the season after falling victim to a 2-1 defeat against Southport on Tuesday evening, in what was a real game of two halves.

Despite a well-executed goal from Jordan Hulme, his fourth of the season, and an inspiring second-half performance from the Robins, it wasn’t enough to overcome Southport’s two-goal lead, with Altrincham travelling home empty handed.

Phil Parkinson made just one change to the side that beat Farsley Celtic 3-1 last Saturday, with captain Jake Moult making his first start of the season after recovering from injury. Despite his bright start against Farsley, on-loan winger Yusifu Ceesay had to settle for a place on the bench, through no fault of his own, after arriving late at Haig Avenue, due to traffic problems.

It was undoubtedly Southport who were the superior side in the first half, applying a considerable amount of pressure towards the Alty back line and creating a number of chances.

Jack Sampson was at the forefront of several attacks within the opening quarter-of-an-hour, his best chance coming just 10 minutes into the half. The forward latched on to a wonderful lofted through ball from David Morgan, squeezing past the Alty defence before issuing a powerful shot that forced Tony Thompson to make a strong save.

Altrincham’s first effort on goal came just before the 20-minute mark, as John Johnston made a short run towards the area, only for his low driven shot to be tipped round for a corner by a full-stretched Dan Hanford.

Southport continued to apply the pressure as time ticked away, and it wasn’t long before Thompson was called into action once again. Kieran Glynn played a short ball to Morgan on the edge of the box but his curled effort was thwarted by the Altrincham goalkeeper, keeping the score level.

Minutes later, at the opposite end of the pitch, it was Hanford who was protecting the score line for his side. From the left flank, Connor Hampson played the ball to Hulme who attempted to flick the ball into the path of an advancing Johnston, but Hanford showed sheer bravery and skill to rush out and smother the loose ball before the Alty flyer could get a touch.

Southport opened the scoring with 32 minutes on the clock after the ball was eventually bundled into the back of the net in a crowded area. Regan Ogle’s long throw into the box was flicked on by Sampson to Raul Correria who nodded the ball into the direction of the goal, before it ricocheted off the underside of the bar and into the net.

The Sandgrounders then doubled their lead minutes before the half-time whistle, after a wonder strike from Glynn. The youngster struck an impeccable volley from 20 yards out, as Thompson could do little but watch as the ball looped into the top left corner, giving the home side a deserved two-goal advantage at the break.

Southport started the first 10 minutes of the second half as they finished the first, almost putting the game to bed in the 52nd minute with Morgan unleashing another long-range strike but to no avail.

With the introduction of Josh Hancock and Ceesay, however, Altrincham looked a revived side, utilising the pace of Ceesay down the left.

Ceesay continued to cause problems down the wing, winning a corner in the process, however a powerful header from Moult was cleared off the line by Jack Doyle, preventing a certain goal.

Another delivery into the box found the head of James Jones, but the defender was unable to keep the effort down.

But, in the 66th minute, Hulme had little difficulty keeping his effort down, powerfully heading the ball into the bottom corner from a perfectly-weighted delivery by Ash Hemmings.

However, Altrincham’s hopes of finding an equaliser were significantly dented by the dismissal of Simon Richman in the 80th minute, following a second bookable offence after a late tackle on Morgan.

Despite the slight disadvantage, the 10-men of Altrincham continued to push for a late leveller as Hancock’s delivery into the box was met by the head of Hemmings, but his guided effort grazed the top of the crossbar, with Southport ending the 90 minutes as match winners.

Altrincham are back in action on Saturday as they welcome a tough Leamington side to The J.Davidson Stadium, where Parkinson’s men will look to claim their third home victory of the season. 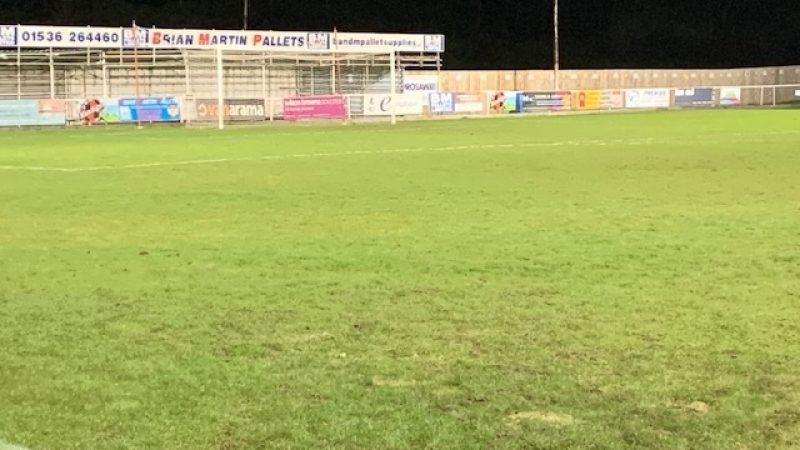 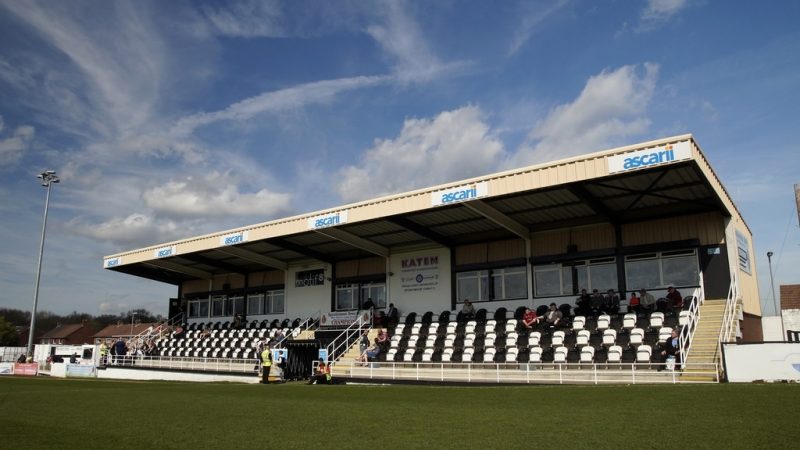 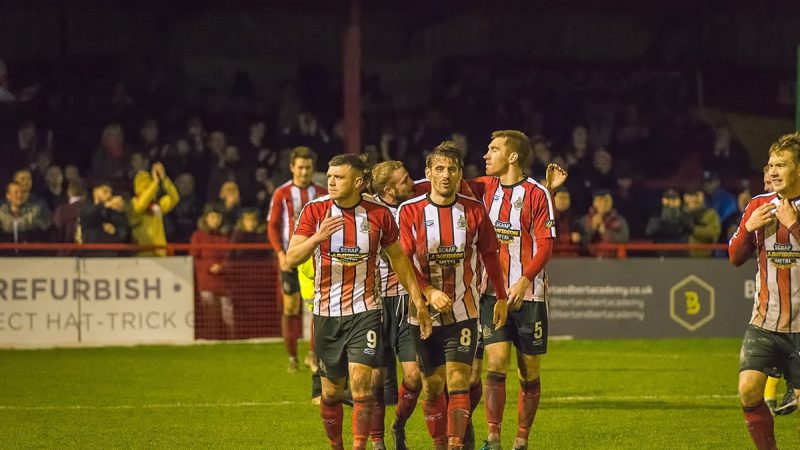