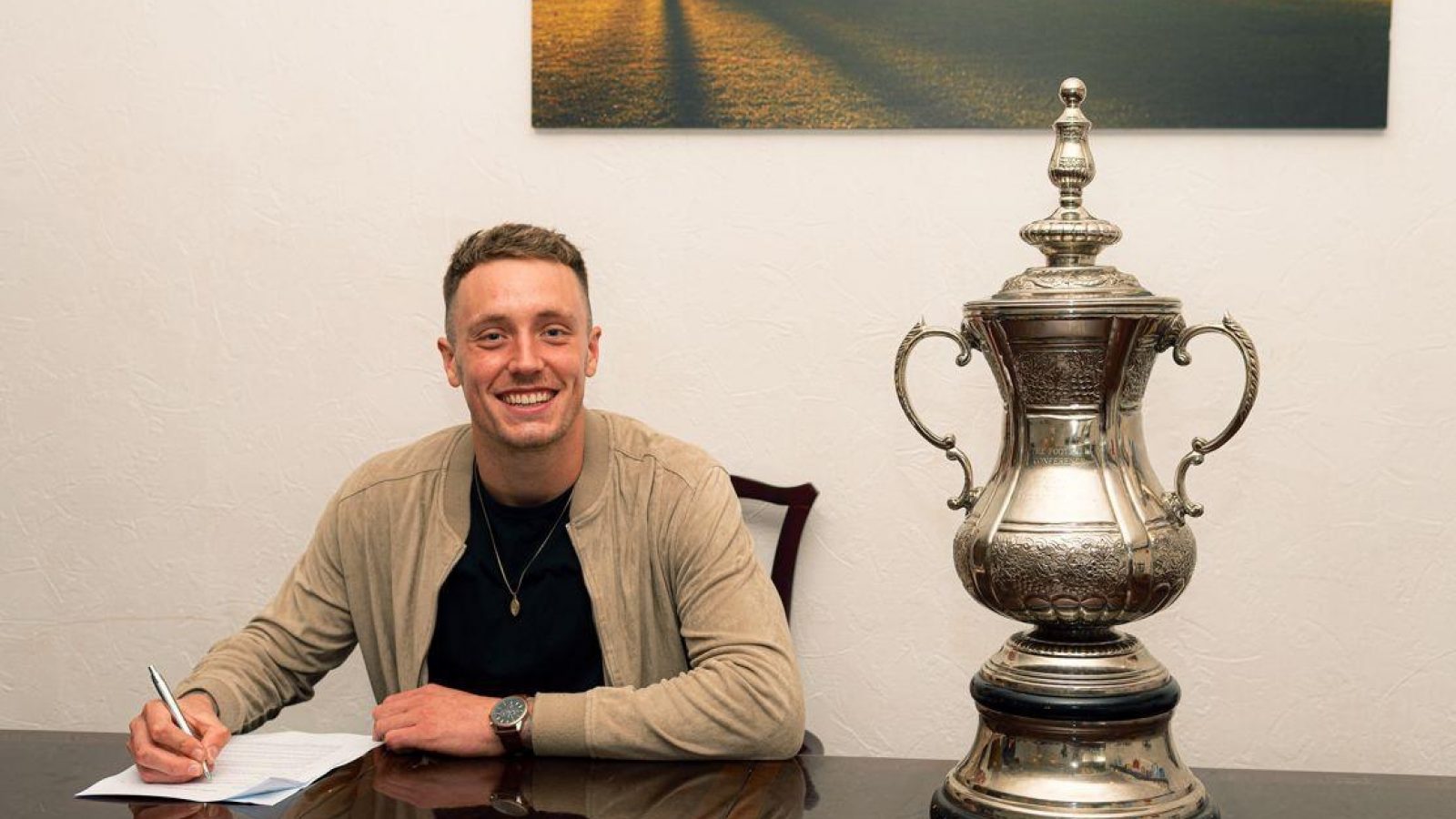 Toby Mullarkey introduced himself to his Altrincham team-mates with a rendition from a classic West End musical, and it's fair to say he has been hitting the high notes ever since.

In an initiation ceremony that's compulsory for any new signing, Toby eschewed the karaoke-inspired choices favoured by most players and, instead, regaled everyone on the team coach returning from a long away trip with Prisoner 24601 from Les Miserables!

It went down a storm with the assembled company, as has his form with manager Phil Parkinson, who had no hesitation handing him a starting place for the play-offs, with James Jones about to join Barrow, and was rewarded with an outstanding contribution to the three straight wins that secured promotion.

In an Alty TV interview that followed the signing of a new two-year deal, Toby relived the moment culture was introduced to the Alty team coach and described how he assured the boss he wouldn't let anyone down in that testing fortnight of fixtures against Chester, York City and Boston United.

You can tune in to press and media officer John Edwards' interview, below. As ever, the filming was done by Alty TV's Mark Bennett.