I will score goals, vows hot-shot Marcus after signing for Alty! 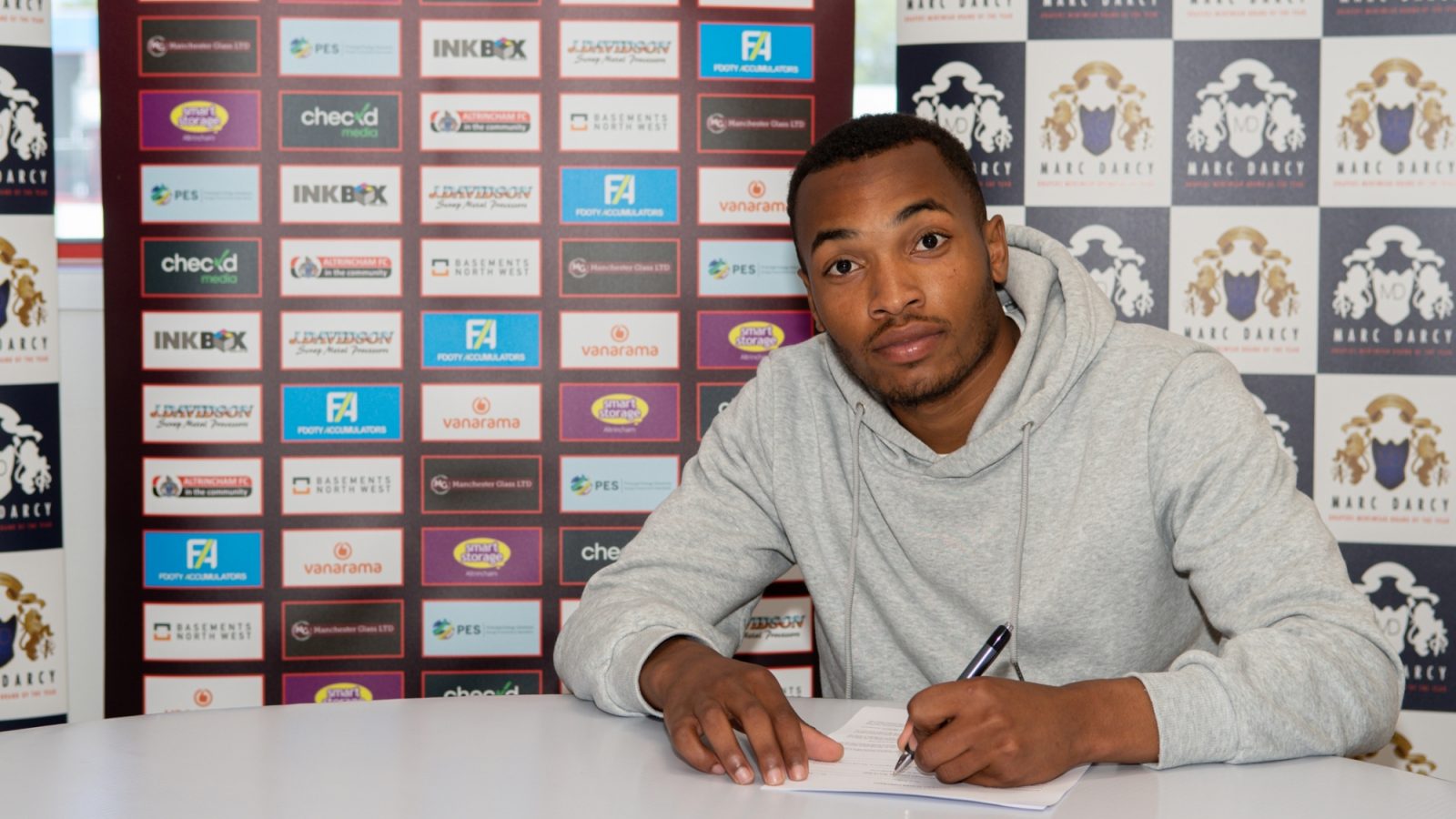 *Welcome to Alty .. Marcus Dinanga signs on at The J.Davidson Stadium. Picture by Michael Ripley.

Phil Parkinson has solved his most pressing need after snapping up striker Marcus Dinanga from League Two side Stevenage.

The Altrincham manager has been on the look-out for a proven finisher to provide the cutting edge that was missing last season and is convinced he has found the ideal candidate after making Marcus his second summer signing, following the recent acquisition of winger Brad Jackson from Chester.

It was a reward for perseverance after Alty's boss almost landed the 23-year old nearly 12 months ago, only for the lure of League football with Stevenage to prove decisive.

And Marcus, twice top scorer for AFC Telford United prior to joining Stevenage, announced his arrival at The J.Davidson Stadium with a bold statement of intent that should bring a smile to the face of every Alty fan.

'I will deliver,' he said. 'If I get the service, I will score goals for Altrincham.'

Both Marcus and Phil spoke about the move in audio interviews that will be transcribed and reproduced in full here on the club's official website tomorrow.

In the meantime, as a way of introducing Marcus to Robins fans, press and media officer John Edwards interviewed him for Alty TV. The camerawork, as usual, was by Mark Bennett, and the interview can be accessed below.

*Look out for written interviews with Phil and Marcus here on the club's website tomorrow.