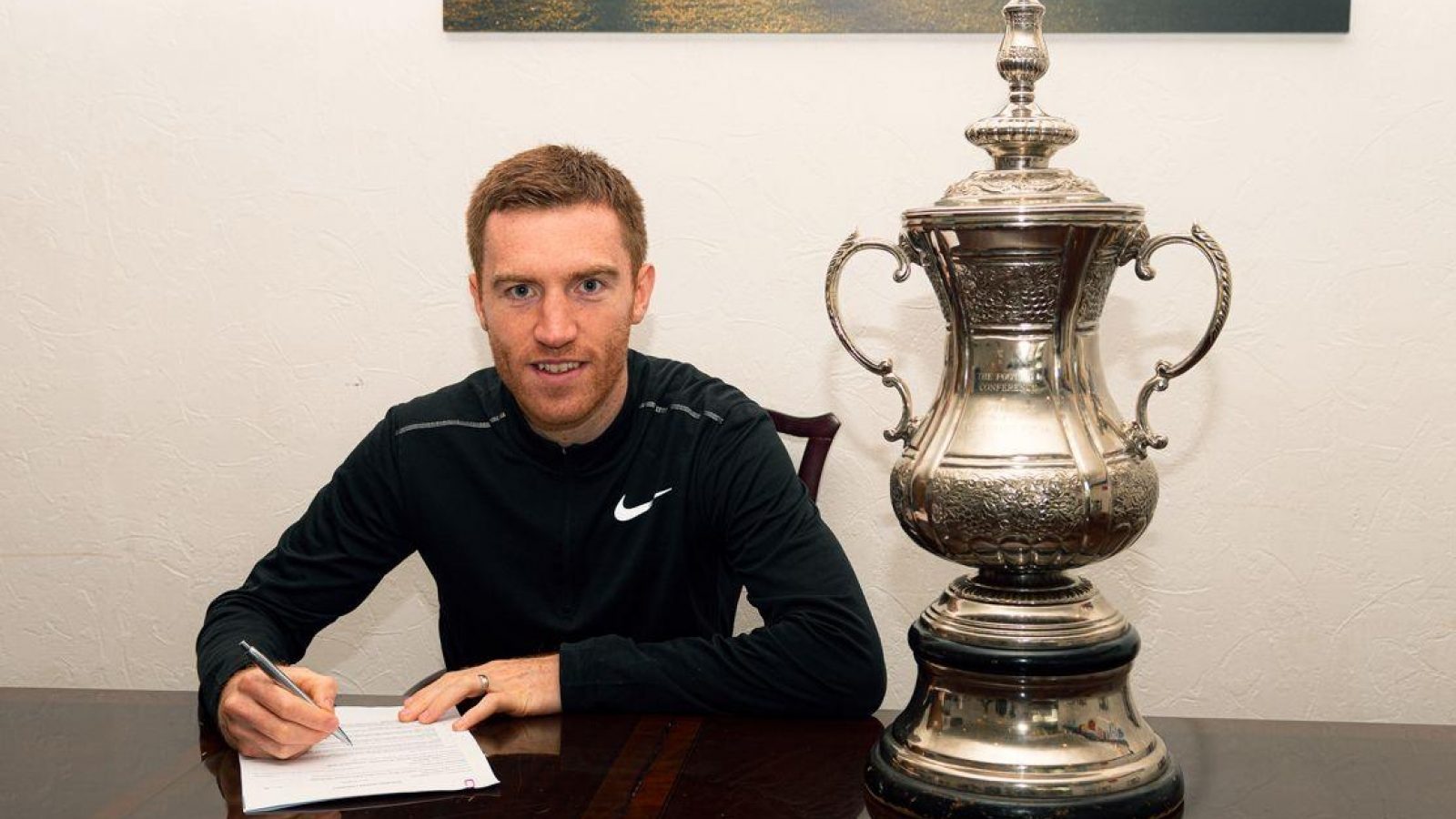 Tom Hannigan has been a dependable, solid-as-a-rock defensive lynchpin ever since Phil Parkinson arrived at The J.Davidson Stadium three years ago. And now Altrincham fans can look forward to the popular centre-half marshalling the Robins back line for another two years, at least, after he committed his future to the club for the next two seasons.

After putting pen to paper on his new deal, Tom spoke to Aiden Beswick, who transcribed the interview and presents it here.

Q: You’ve renewed your contract for another two seasons with the club, how does it feel to remain a Robin?

A: It’s great to be here another two years for what will be my fifth season. All the time I’ve been here, the aim has been to get the club back into the National League, and now we’re here, we’re relishing the chance to challenge ourselves against naturally better teams and better individual players.

We’ve had a great three years since the gaffer arrived, and we’re hoping to continue that and surprise a few people.

Q: With the arrival of Ritchie Sutton, and Toby Mullarkey staying at the club, there’s certainly some competition for places - are you relishing the challenge?

A: It will be healthy competition between the three of us, and it’s certainly better than having a free ride and taking your place for granted. We’ll all strive to start that first game of the season, but at the same time know it’ll be a long season, and there’ll be plenty of opportunity along the way.

Ritchie has plenty of experience and has been there and done it at this level. Toby is a talented lad and had a brilliant play-off campaign, so he has more than filled the hole that James Jones left.

Q: There are some big games in the National League next season - which stand out most to you?

A: Automatically, you think of Notts County. Then there’s Chesterfield and Wrexham, who are well-known ex-League clubs with a good backing, so it will be good going there and showing them what we’re about.

The opportunity to get one over Macclesfield will be huge. The gaffer will certainly make us aware that a win against them will matter more than most to the fans.

Q: Though there have been a few departures from the club, the main spine remains. How important is it that you are around so many familiar faces - on and off the pitch?

A: I think the continuity is a big factor in why we’ve done well previously. Off the pitch, we all know the surroundings, the standards that are expected of us all and the camaraderie that has been built up over time. That helps on the pitch, too, and I’d like to think we all know each other's games inside out. If the spine of the team is consistently strong, and doing well, then you’ve got half a chance in any game.