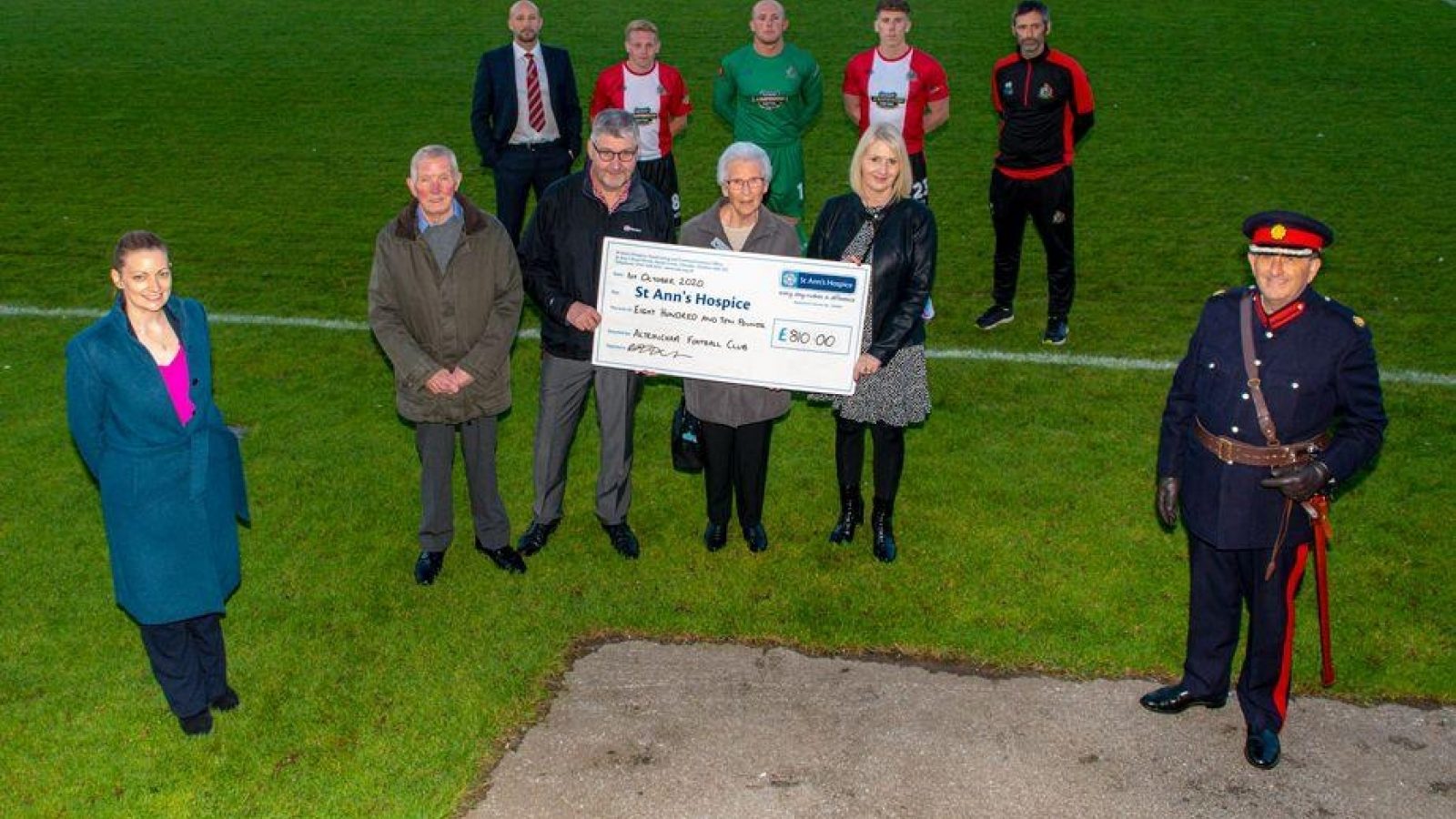 Altrincham supporters, players & staff have raised £810 for St. Ann's Hospice in memory of legendary fan, Mark Eckersall, who lost his long battle with cancer in August.

The amount was raised through ticket sales for a YouTube Premiere of 'Parky's Dream', a video that was superbly put together by Alty TV's Mark Bennett & chronicles the Robins' remarkable rise, from The Northern Premier League to The National League, since Phil Parkinson  & Neil Sorvel took over the managerial reins at Altrincham in May 2017, following successive relegations in 2015 & 2016.

Pictured below at The J.Davidson Stadium is the cheque presentation by members of Mark's family to St Ann's Hospice.

You can watch 'Parky's Dream' which is dedicated to Ecky here:-