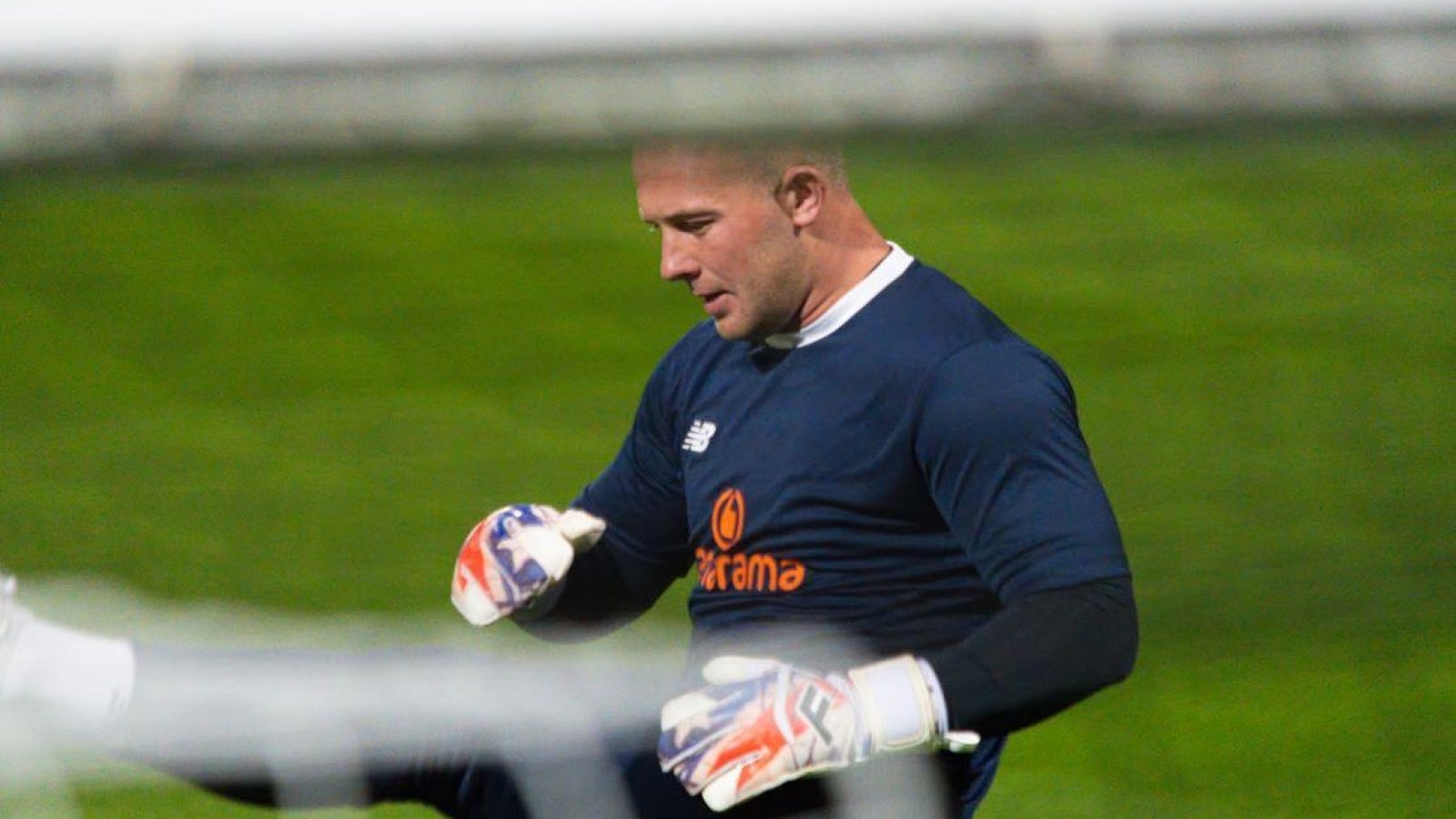 It's safe to say that if it wasn't for Alty's numero uno, it would have been quite a different scoreline yesterday evening.

Reflecting on a tough game that included an exquisite penalty save in the first half, and a sublime one-on-one stop in the second, Aiden Beswick spoke to Tony Thompson following the 3-1 defeat at Meadow Lane.

This evening’s game was a different challenge to Saturday's against Weymouth, how was it playing against a team of this calibre?

“It sets the benchmark really; we came into the game seeing where we’d be at coming into the season.

They’re probably going to go for promotion, so it’s good to see what the best are like in the league, and to be fair to them – they were a very good side."

You saved a penalty to prevent Kyle Wootton from grabbing a hat-trick, did you do anything to psych him out? Or did you time the dive in advance?

"It felt good to save it, but it was down to timing and sometimes knowing the sort of player but not giving too much away."

They had a lot of chances today, some coming from Cal Roberts on the right with him shooting from different angles. Some of them you unfortunately couldn’t get to, but you made yourself big for one of the efforts in the second-half, preventing Wootton again from getting his hat-trick.

"It was a test. Their chances were coming thick and fast but you’ve got to make yourself a big target and hope for the best sometimes.

It was a spread, but when they come inside and play quite narrow, we looked at that through the week and kind of knew what was coming - at the end of the day they were good at what they do and quite punishing at times."

We made a couple of changes in the second-half, Dan Mooney came on and made a difference in the 20 plus minutes he played. He got on the scoresheet, cutting inside from the right and beating Slocombe well.

That’s what you’re going to get from Mooney and the quality he has will make him go on and on and on. Hopefully he’ll stay here, but I’d love to see him kick on and get back into the Football League where he belongs.”

We have another good test on Saturday against Eastleigh, are you looking forward to it? And is it going to be a team you’ve researched before it?

"The gaffer does his stuff, we were in on Monday and did some analysis work, we try and do as much as we can and make it as professional as possible.

We’ve been talking about them through the week, and again on Thursday and Friday - we’ll travel down and it will be another big test.

They’re another massive team in this league, who have been in it for a number of years and we’ll be coming up against teams that made us excited to be promoted.

Hopefully they’re not as good as Notts County and we get some points on the board, three would be nice – we’ve got a point so far and now a goal – it’s just a matter of kicking-on now.”

Only Tony Thompson's third shirt remains to be sponsored for the season. Click here to read more.

Sponsoring Tony entitles you to the following: