It's the business! Alty's new scheme attracts Catax and Watersons as sponsors 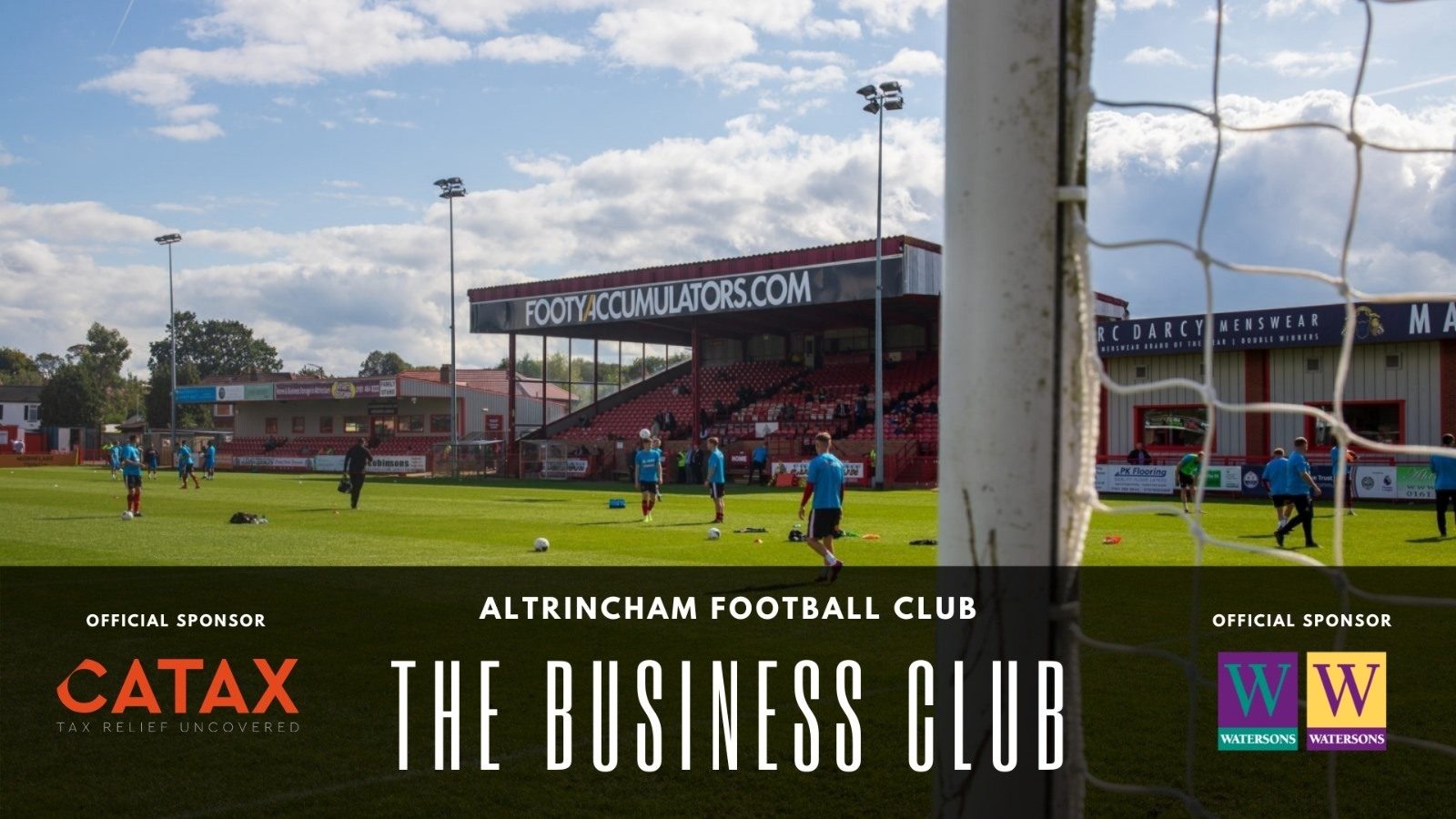 Altrincham’s latest ambitious venture has hit the ground running and gone from strength to strength after being given an official seal of approval by two of the area’s biggest success stories.

The Altrincham FC Business Club had already launched in spectacular fashion, with a wide range of locally-based companies and businesses signing up and creating an enviable membership base in a matter of days.

Now, in a further development that significantly enhances its long-term prospects, two of the initial intake of members - tax experts Catax and leading estate agents Watersons - have stepped forward and become the Club’s official sponsors.

The surge of interest in a community-driven link-up with local industry has been warmly welcomed within The J.Davidson Stadium, with the major boost of sponsorship from Catax and Watersons allowing Alty to launch a dedicated Business Club app, which will be announced and launched shortly.

Confirming a breakthrough that puts the Robins’ newest enterprise on the soundest of footings, Alty director Sam Mackenzie said: ‘Catax and Watersons have been great supporters of this football club for some time now, and this agreement further cements the relationship they have with us and the local area.

‘We’ve had a fantastic take-up in the space of one week, since the Business Club’s inception, and more and more new members are signing up each day. To have followed that up by reaching a sponsorship agreement with two thriving local names like Catax and Watersons is just brilliant news. We wanted to forge closer links with local businesses, as we do with all areas and facets of the community, and it is heartening to see the feeling is mutual.

‘There’s always room for more, and any business, large or small, wishing to join us can contact us here or find more information here. We’re close to releasing details of our exciting first event in the middle of August and kicking off the networking!’

After aligning themselves with Alty’s latest initiative as official sponsors, both Catax and Watersons made it clear they can’t wait to get down to business.

‘Catax is delighted to be part of the Altrincham FC Business Club,’ said Catax’s Mark Tighe. ‘Having a long history with the area and becoming a proud sponsor of the club in 2020, it is very exciting to be part of this new venture.

‘As a specialist Tax and Grants consultancy based right around the corner from The J.Davidson Stadium, we look forward to working with and supporting local businesses through this initiative.’

Peter Waterson, of Watersons estate agents, commented: ‘As the top-selling independent estate agent in Altrincham and Sale, Watersons are delighted to team up with Altrincham FC in the launch of their Business Club. The town and the club continue to rise, and this puts Alty right at the heart of the community, where it belongs.’