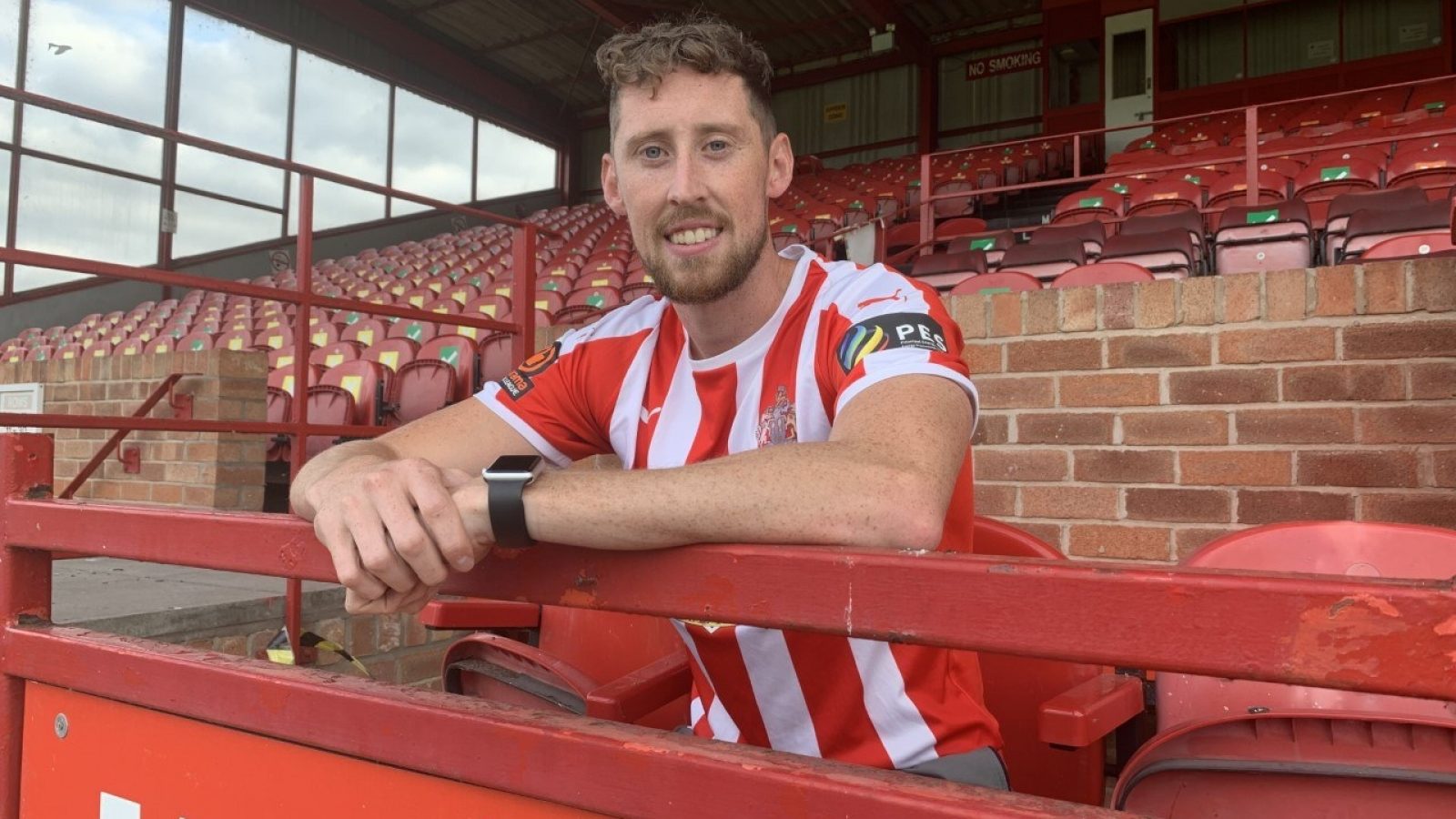 Having played in the final pre-season fixture at Huddersfield Town, Joe Bunney signed for Alty on Tuesday & was interviewed for Alty TV after signing.

During the interview, Joe explains how he made his name as a striker before converting to being a left back, but that he feels he could do a job for Phil Parkinson & Neil Sorvel as an emergency striker, if needed!

Last season, Joe, who will wear the number 29 shirt, was training with the Robins before having a short spell at Hartlepool United & then moving back into the EFL with Grimsby Town, 2 clubs that have now swopped divisions.