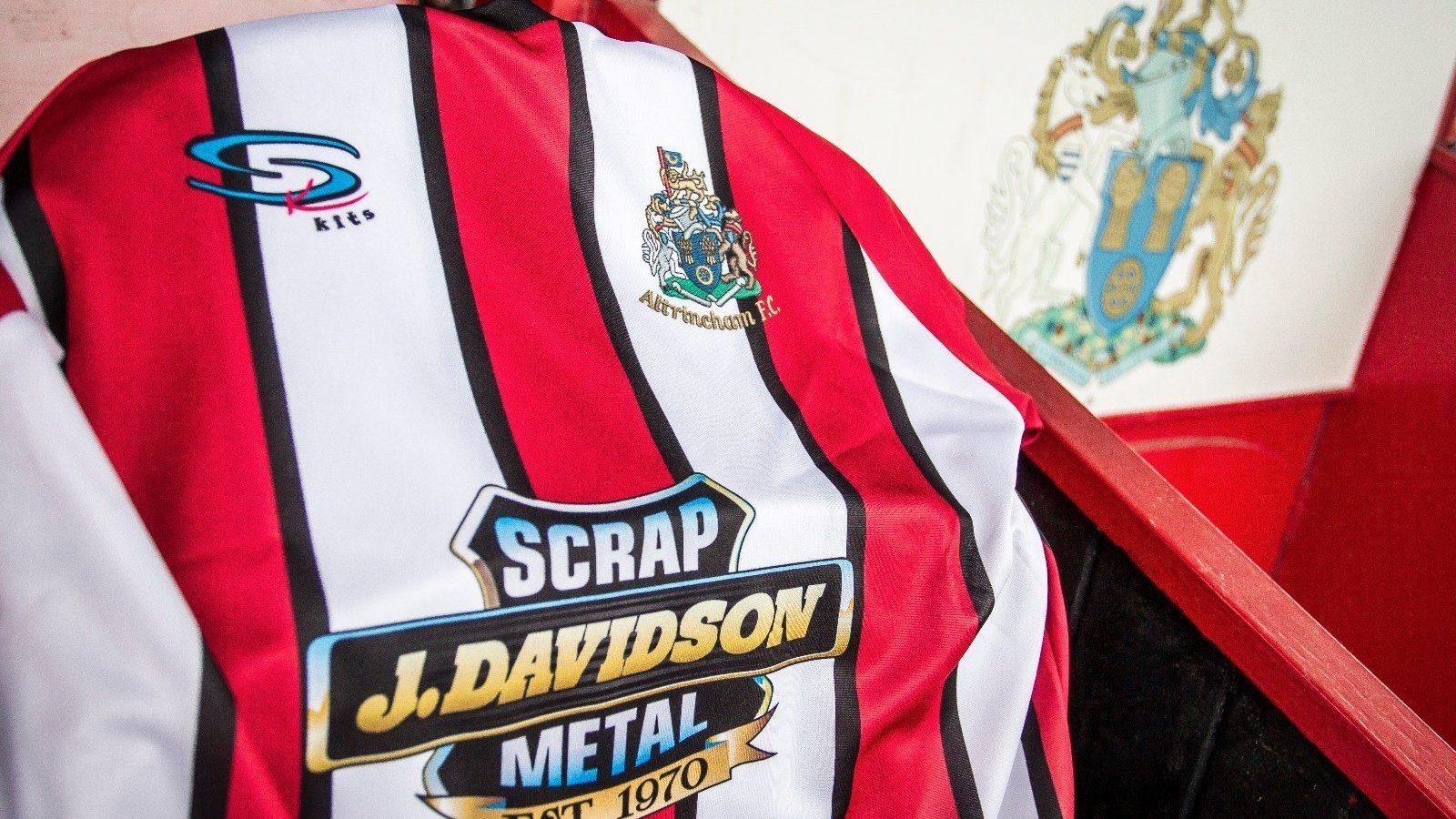 The future of football may still be shrouded in uncertainty, but there is nothing remotely doubtful about the backing J.Davidson continue to provide for Altrincham Football Club.

Few clubs can have benefitted from the sort of unswerving loyalty and steadfast support the Broadheath-based scrap metal experts have shown us ever since first pledging their patronage to the Robins nearly a decade ago.

They don't do things by halves. Quite the opposite, in fact. Where Alty are concerned, they do things at the double. Not content with having their name emblazoned across the famous red and white stripes at the start of the 2011-12 season, they decided to attach it to the entire ground a couple of years later.

Hence, in July, 2013, Moss Lane became known as The J.Davidson Stadium, and it has remained that way ever since in a demonstration of financial commitment that surely confirms our chief benefactors as the greatest supporters of local sporting institutions the town of Altrincham has ever had.

Not only that, it is going to remain that way for the foreseeable future. There's plenty for clubs like ours to be concerned about in these perilously unstable times, but one less worry for all concerned is the substantial income that comes from shirt and stadium sponsorship after J.Davidson agreed to extend both.

The existing agreements for both have now run out, but, in a major boost that stands us in even greater stead to see out the current crisis, the club are delighted to announce that both deals have been renewed to retain J.Davidson as sponsors of both shirts and stadium for next season, at least.

In a recent Friends of Alty series, here on the official club website, we spoke to general manager Harry Gibson, and it soon became apparent how much it meant to everyone at J.Davidson to play a part in bolstering the town's sporting prowess.

‘It all stems from being a family-run club, all from the Altrincham area, and having a managing director, in Jamie (Davidson), who was particularly keen to sponsor local sport,’ he said. ‘We got involved with Timperley cricket club, and a number of other things, and it just seemed a natural progression to move on to Altrincham.

‘We made contact with Grahame (Rowley) and discussed various options. Initially, we took out a couple of billboards round the ground, and it went on from there, really, to the stage where we sponsored the shirts and then the stadium.

‘I know there was a bit of controversy at the time about the change of name for the stadium, and I understood it completely. We were acutely aware that Moss Lane was one of the most iconic names in non-League football, but I think people have come to accept we genuinely wanted to support the club the best way we could.

‘I hope they have, because that’s all we wanted to do. We wanted to invest in the club to help it move forward. I worked with Dave Baldwin for 25 years, so I knew all about the historical significance of Moss Lane.

‘We didn’t take that step lightly. We were acutely aware of what Moss Lane meant to Altrincham Football Club and its supporters, but we wanted to strengthen and reinforce our partnership with the club and also demonstrate that we’re in it for the long haul, which attaching your name to the stadium surely does.

‘As major sponsors, we are always looking to get involved in anything the club does, and we hope that will continue to be the case for a good few years yet.'

We share that sentiment, Harry, and in thanking J.Davidson for their invaluable backing, we look forward to welcoming you to the stadium for many years to come.

In a further boost for the club, Alty have received a £1,500 Pitch Preparation Fund grant from the Premier League, The FA and the Government’s Football Foundation.

The Pitch Preparation Fund was set up in support of the game, which is currently facing unprecedented challenges because of the COVID-19 outbreak.  The Fund is providing grants to clubs that have lost out on normal revenue streams during this difficult period.

The funding will enable clubs to prepare their pitches, so that they are in prime condition for when football is given the go-ahead to resume, following Government advice. In Alty's case, the grant will be spent on fertiliser, seed and line marking fluid to ensure the best possible playing surface for Phil Parkinson's team when they finally take to the pitch again.