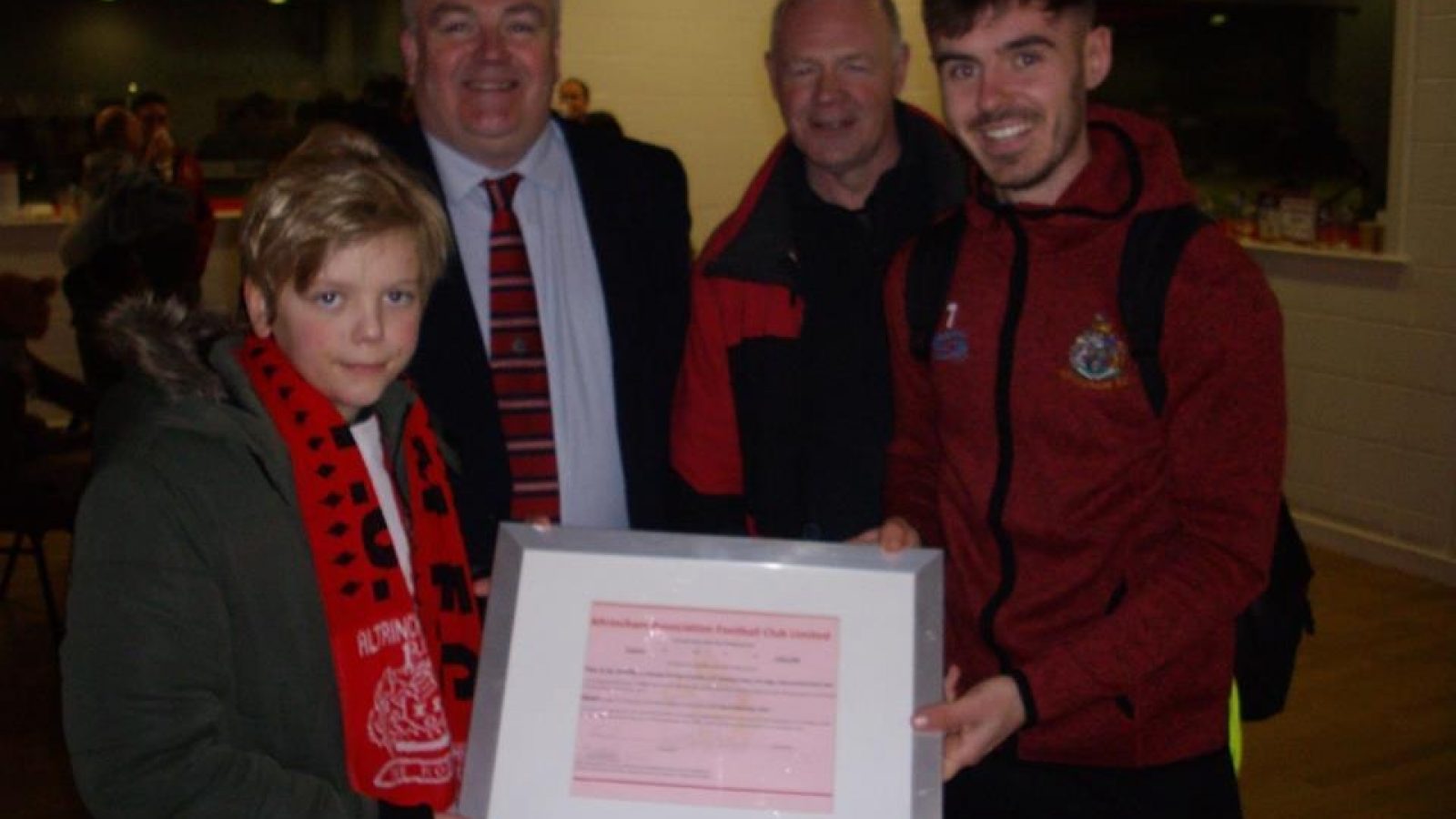 In a moving presentation that underlined the bond that existed between Jacqui Forster and her beloved Altrincham, the club were delighted to welcome nine-year old George Denhem-Everett to the ranks of our shareholders after the Buildbase FA Trophy game against Stockport County at The J.Davidson Stadium.

A proud George took ownership of the shares as a bequest from his auntie Jacqui, our late Honorary Inclusion & Diversity Officer, and the club did their bit to make it a special occasion for him by drafting in his favourite player, John Johnston, to do the honours.

Alty's flying winger jumped at the chance to present George with a certificate for the shares, which used to belong to the much-loved and much-missed Jacqui, and is pictured making the young Robins fan's day in the Community Sports Hall, along with Jacqui’s partner Pete Baker and Alty director Bill Waterson.