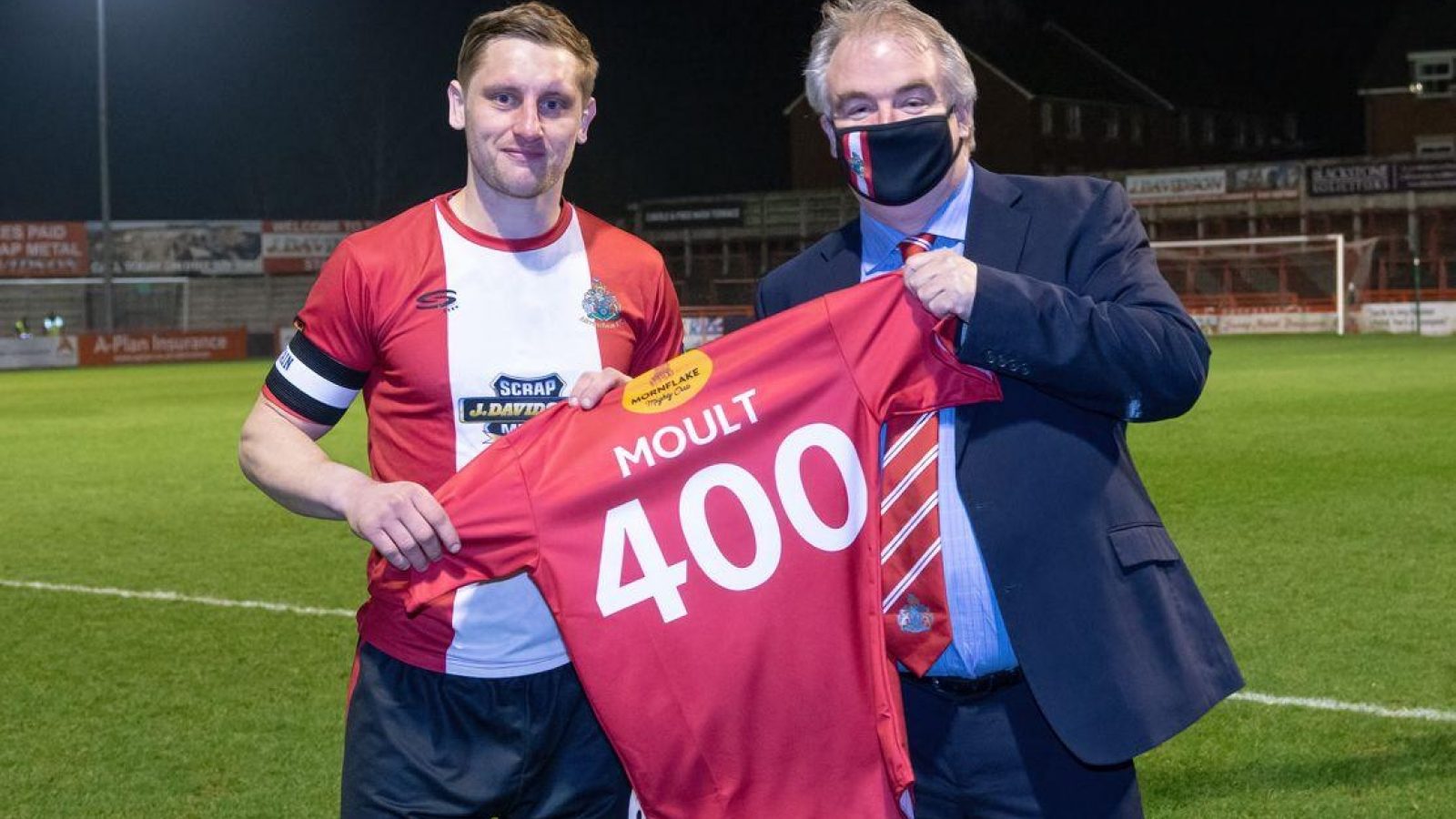 Press and media officer John Edwards interviewed Altrincham skipper Jake Moult on the occasion of his 400th appearance for the Robins prior to last night's epic 1-0 win over Woking at The J.Davidson Stadium.

The 10-minute chat, reflecting on Jake's many ups and occasional downs during almost a decade of sterling service, was aired during the build-up to kick-off on Alty TV. Unfortunately, there were some sound issues, which prevented the Alty midfielder's reminiscences coming across as loud and clear as they might have done.

The club would like to apologise to everyone who tuned in, and with that in mind, we are giving the interview another airing, here on the website. You can listen to it in full by clicking on the link below:-