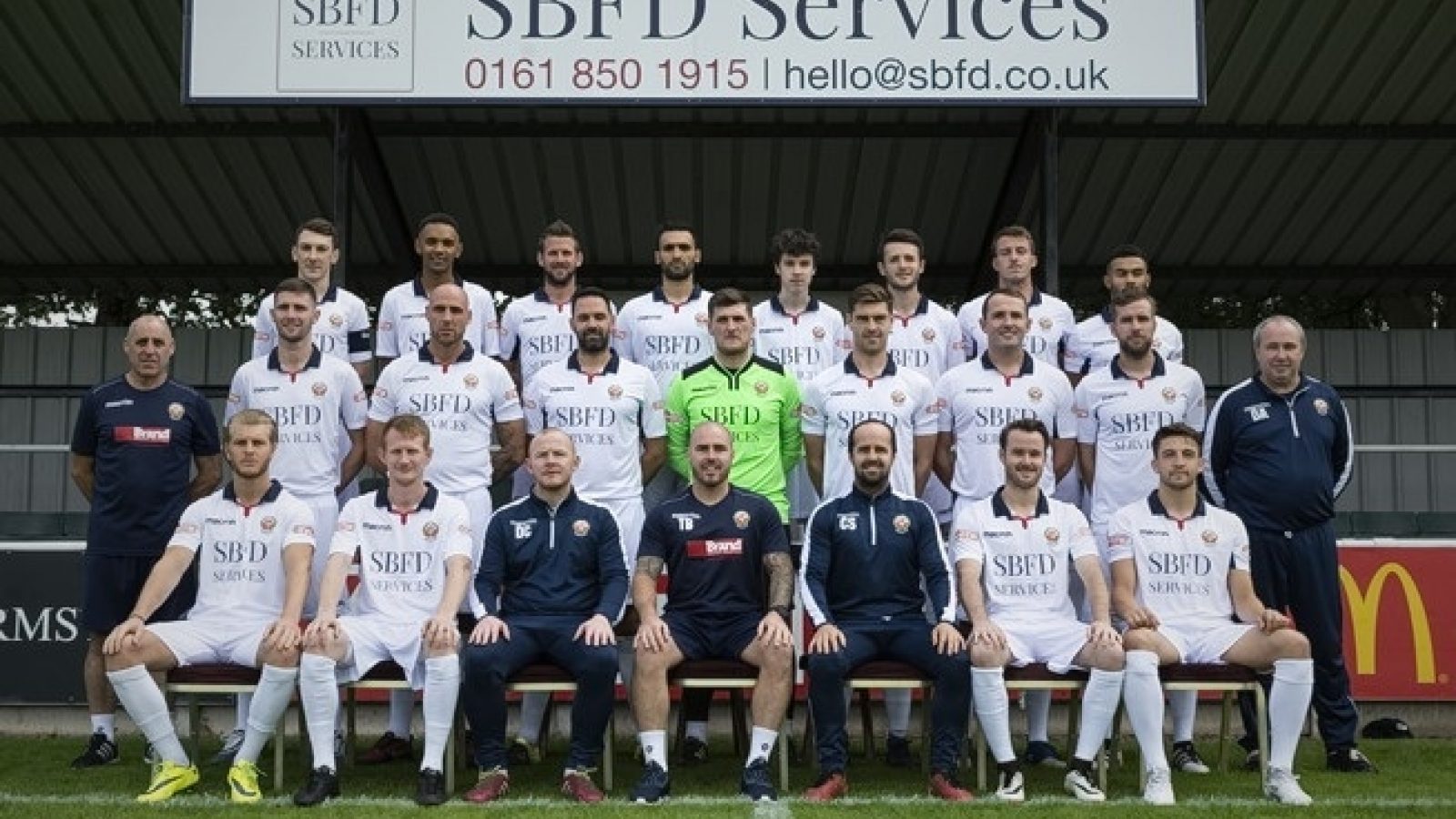 James Dean, 3rd from left in the middle row in the Trafford team in August 2017 before a pre-season fixture with Altrincham.

There is heartbreaking news regarding former Altrincham player, James Dean, announced by Lancashire Constabulary this afternoon:-

Police searching for a missing man have sadly found a body.

James Dean, 35, was last seen in the Orchard Drive area of Oswaldtwistle around midnight on Wednesday (May 5).

Following extensive police enquiries a body was sadly found in the Moscow Mill Street area around 2.25pm today (Sunday, May 9).

While the body has yet to be formally identified, it is believed to be Mr Dean. His family have been informed and our thoughts are with them at this time.

The death is not being treated as suspicious and a post-mortem examination will take place in due course.

We would like to thank everyone who assisted during the search for James.

James joined Altrincham on loan from Bury in 2007 & made 3 National League appearances.

He scored a spectacular 30 yard shot after 35 minutes of his debut to open the scoring in a game at Salisbury City. The Robins were 3-0 up with just 18 minutes to go but Salisbury fought back in dramatic fashion & the game finished 3-3.

Everyone at Altrincham Football Club is very sad to hear this news & offer sincerest condolences to James' family & friends.