James Hooper Signs for the Robins 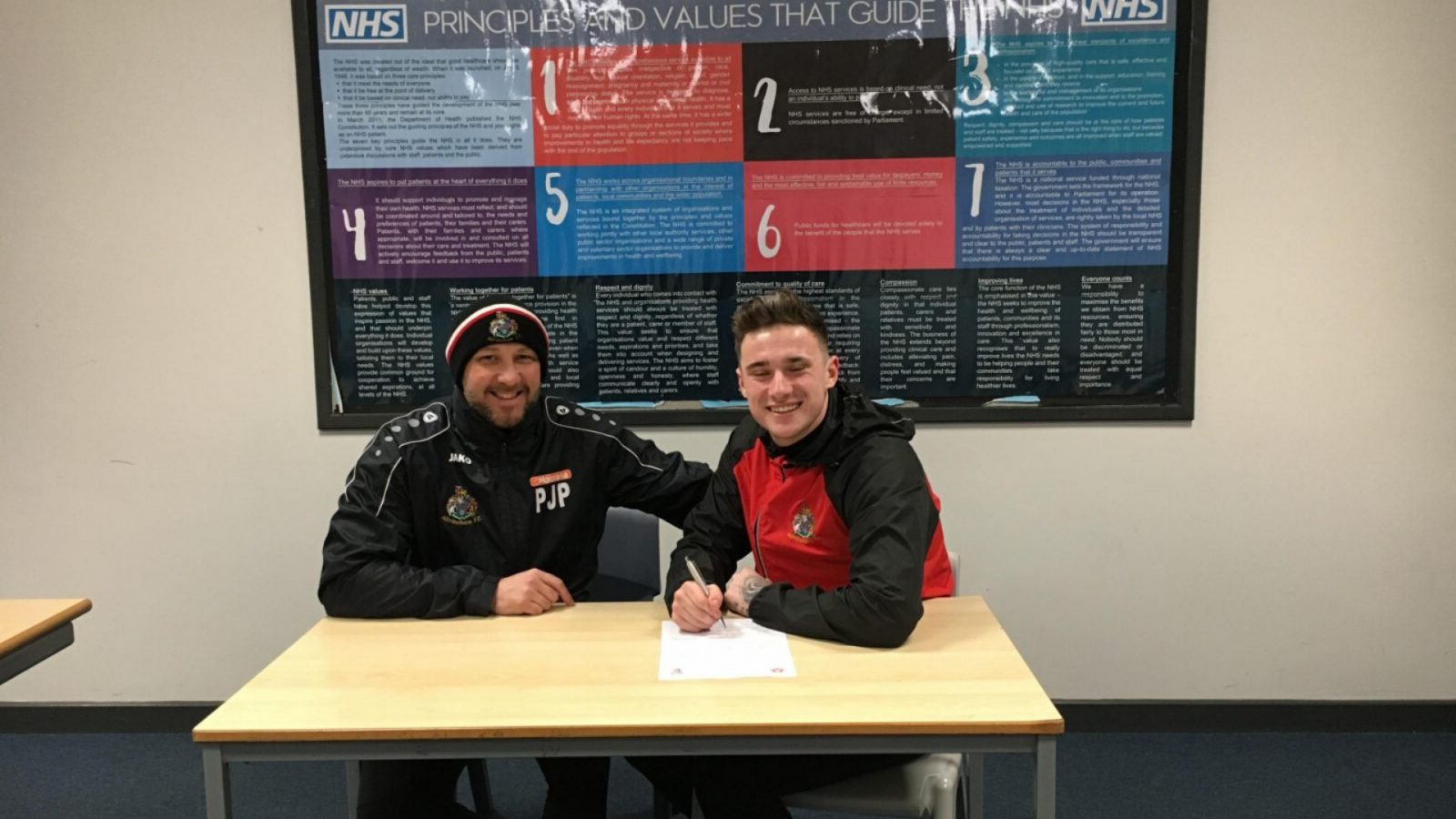 Phil Parkinson has signed James Hooper on non-contract terms for Altrincham Football Club. James is a forward, who has played in the Football League for both Rochdale & Carlisle United, before joining Radcliffe. He signed a 1 year contract at Salford City in July 2018, going out on loan to Chorley. He has recently been playing for West Didsbury & Chorlton & will continue to play for them on dual registration.

"James is a forward that I have monitored since he was at Radcliffe. He went full-time at Salford & ended up at Chorley last season.Unfortunately, he broke his collar bone & is regaining his fitness training with us & playing at West Didsbury, where he is scoring regularly.

James is some way off the fitness levels he needs to be for us but could play some part for us going into the final furlongs of the season.He is a very talented local lad, who lives in Timperley & loves Altrincham. His family are massive fans & I know that if he gets a chance to play he'll give everything for the club."