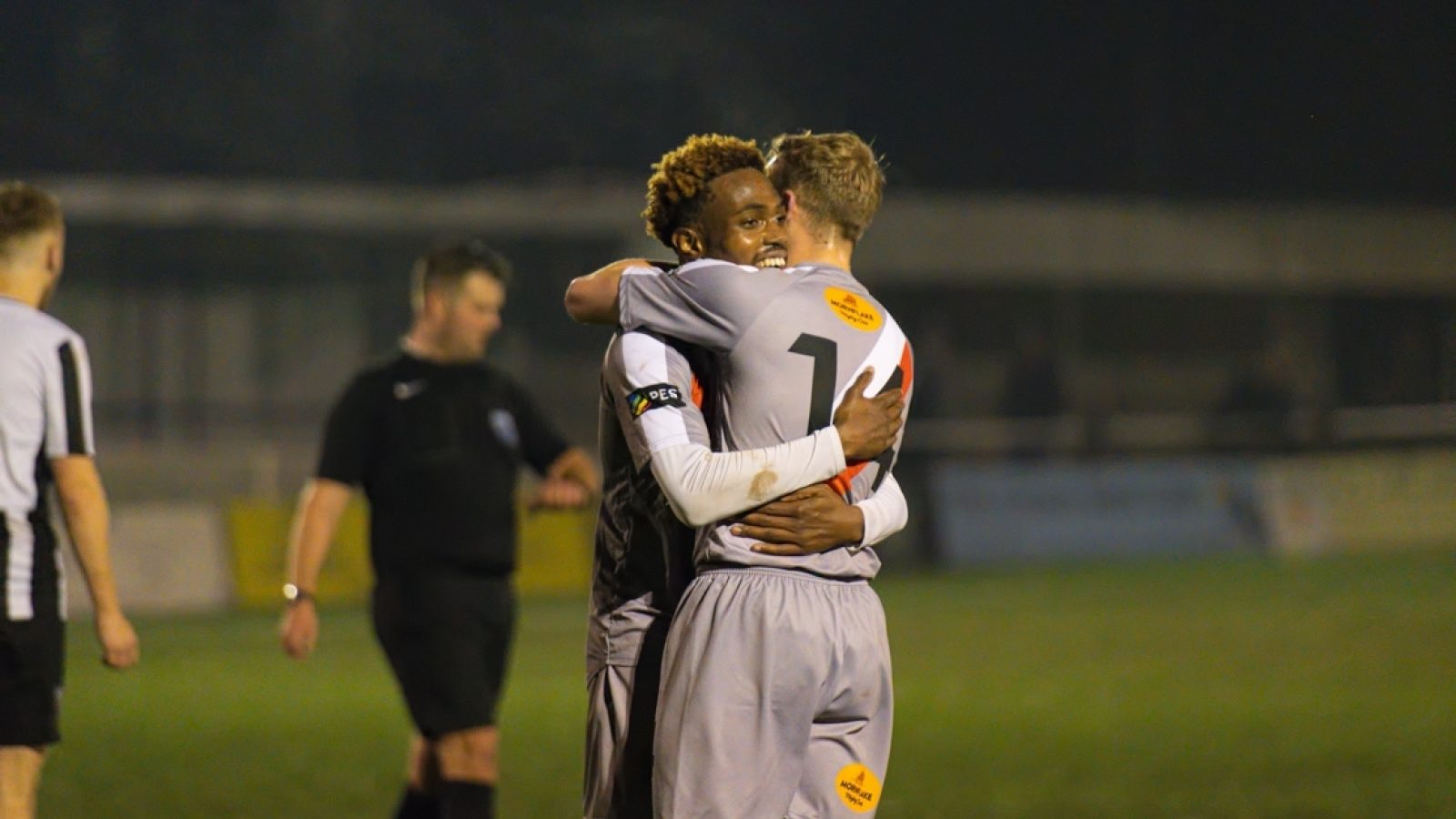 Raheem Mercurius & George Howarth, pictured after George's cross was headed in by Raheem to put Alty 3-0 up at Barnton in the Cheshire Senior Cup in November, were 2 of the 5 penalty scorers on Saturday at Broadheath Central.

Spectators are welcome & it would be great to get a good turnout of Alty fans for this important finale to the season.

Saturday's semi-final was a thrilling affair at Salisbury Fields, Broadheath.

Broadheath Central were leading 1-0 in added time when Dre Taylor equalised to take the tie to penalties.

The Altincham line-up was as follows:-

The other semi-final also went to penalties with Egerton FC beating Billinge 3-1 after the game had finished level at 2-2 .