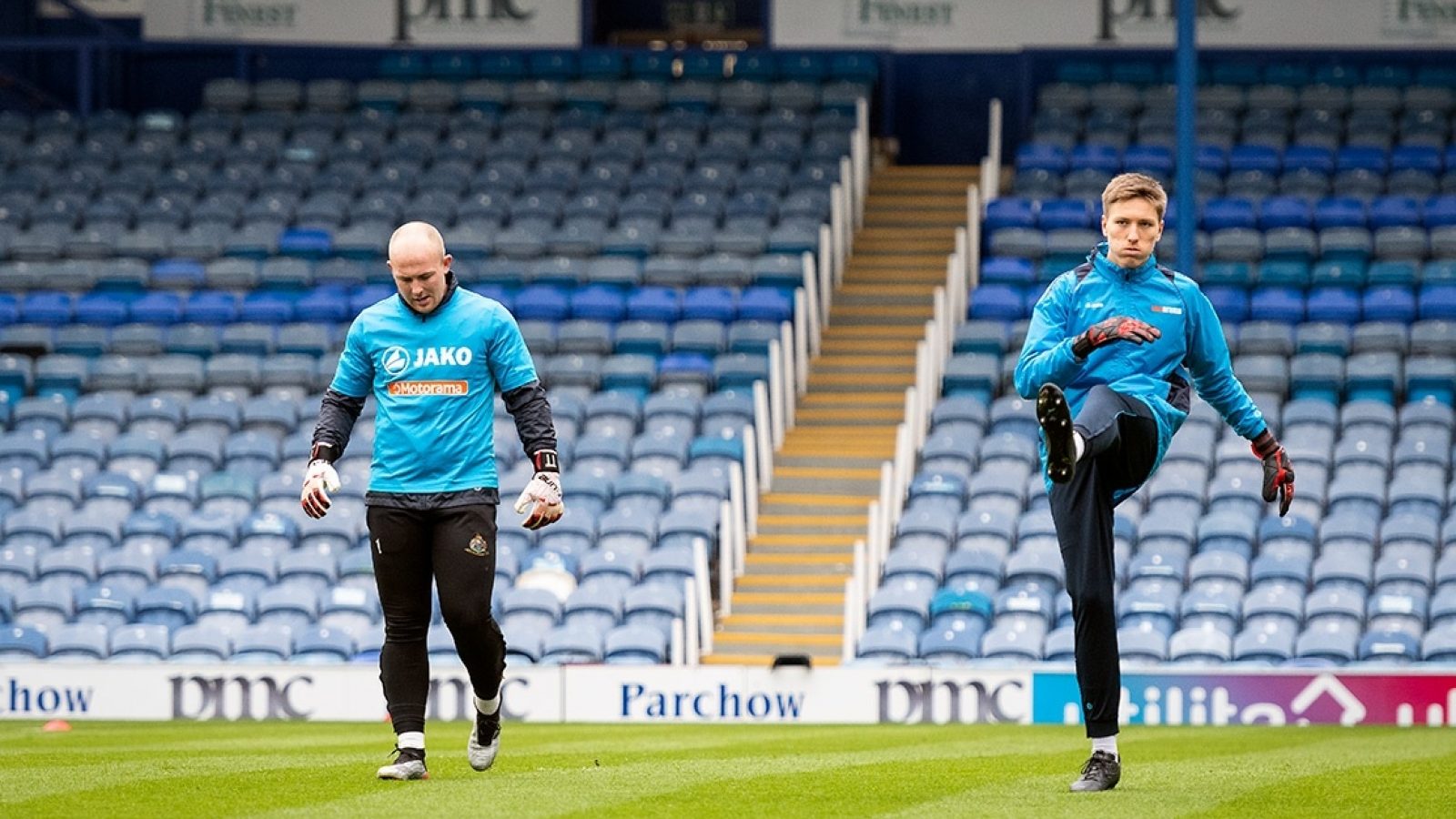 Joel Torrance (right) warms up with Tony Thompson at Fratton Park ahead of our FA Cup 2nd Round tie with Portsmouth in 2019.

Joel, who turned 19 in April has been with Altrincham for over 3 years, in which time he has developed consistently, progressing through the Youth team & Reserves & made 1 first team appearance at Stalybridge Celtic in a Cheshire Senior Cup tie in 2019.

The teenage goalkeeper produced an heroic performance in an FA Youth Cup tie against Curzon Ashton in 2019,making 3 outstanding saves in the penalty shoot out & his final appearance for the Robins was for Altrincham FC Reserves in the J.B. Parker Challenge Cup Final against Egerton FC in June,

We are very sorry to see Joel depart, however recognise that this move to Salford City's Development Squad provides a superb opportunity to start his career as a professional goalkeeper & we wish him all the very best at Salford.