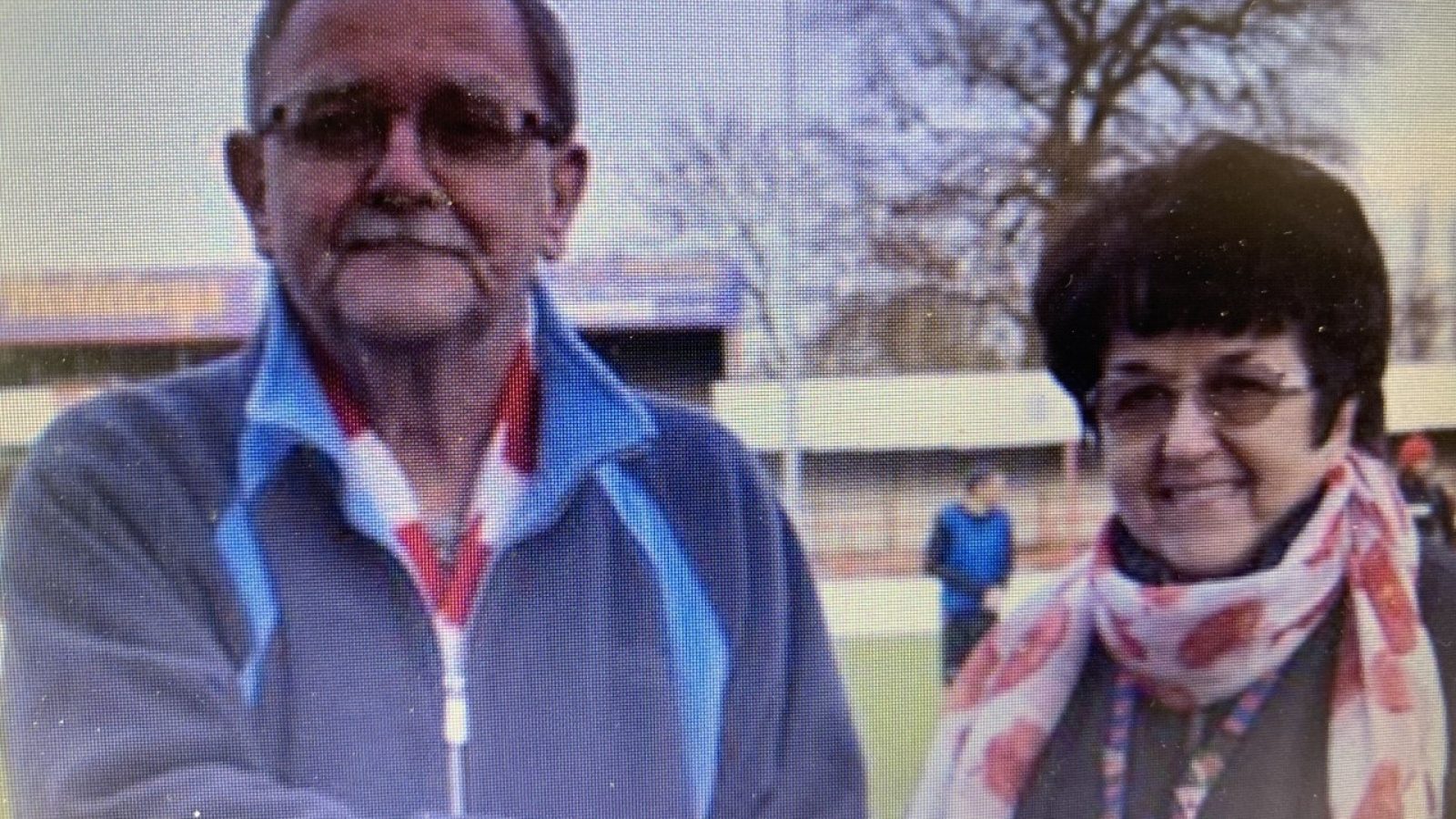 John Canning is pictured making his donation to a Poppy Appeal representative in November 2015, having won the Altrincham FC online bid for the Remembrance Day captain's armband for the benefit of the Royal British Legion, with a bid of £100.

Then at the Best Western Cresta Court Hotel, for tea and fellowship.

All welcome who knew John.

No flowers please. Family would be grateful for donations to Cancer Research.

'Jock', as he was affectionately known to many Alty fans, grew up on the outskirts of Glasgow & was a diehard Hamilton Academical fan, travelling around the country watching 'The Accies' & also being a ballboy in his young days.

Following a Home Office immigration & border control job transfer from Heathrow to Manchester Airport, he first started watching the Robins during the mid 1980's & he was a season-ticket holder for over 30 years, sitting at the back of the main stand with his good friends, Barry Pikesley, Richard Webb, Barry Heaton, the club’s current financial guru Mike Adams and the much-missed Moss Lane stalwart Rene Stuart.

If you didn't know Jock, you will certainly have heard his booming Glaswegian voice on numerous occasions if you sit in the main stand, as he shared his very forthright observations on the game, whilst engaging in regular Alty banter with the club's press & media team sat right behind him.

In the internet age, under his pseudonym VofD (‘Voice of Dissent’), John was a regular trenchant, acerbic and idiosyncratic contributor to the Alty fans forum. Whilst you may not always have agreed with his forceful opinions (and, indeed, many didn’t!), there was no denying his fervent passion for Altrincham FC.

He was the Waldorf AND Statler of Moss Lane, a legendary character, the like of which we may never see again.