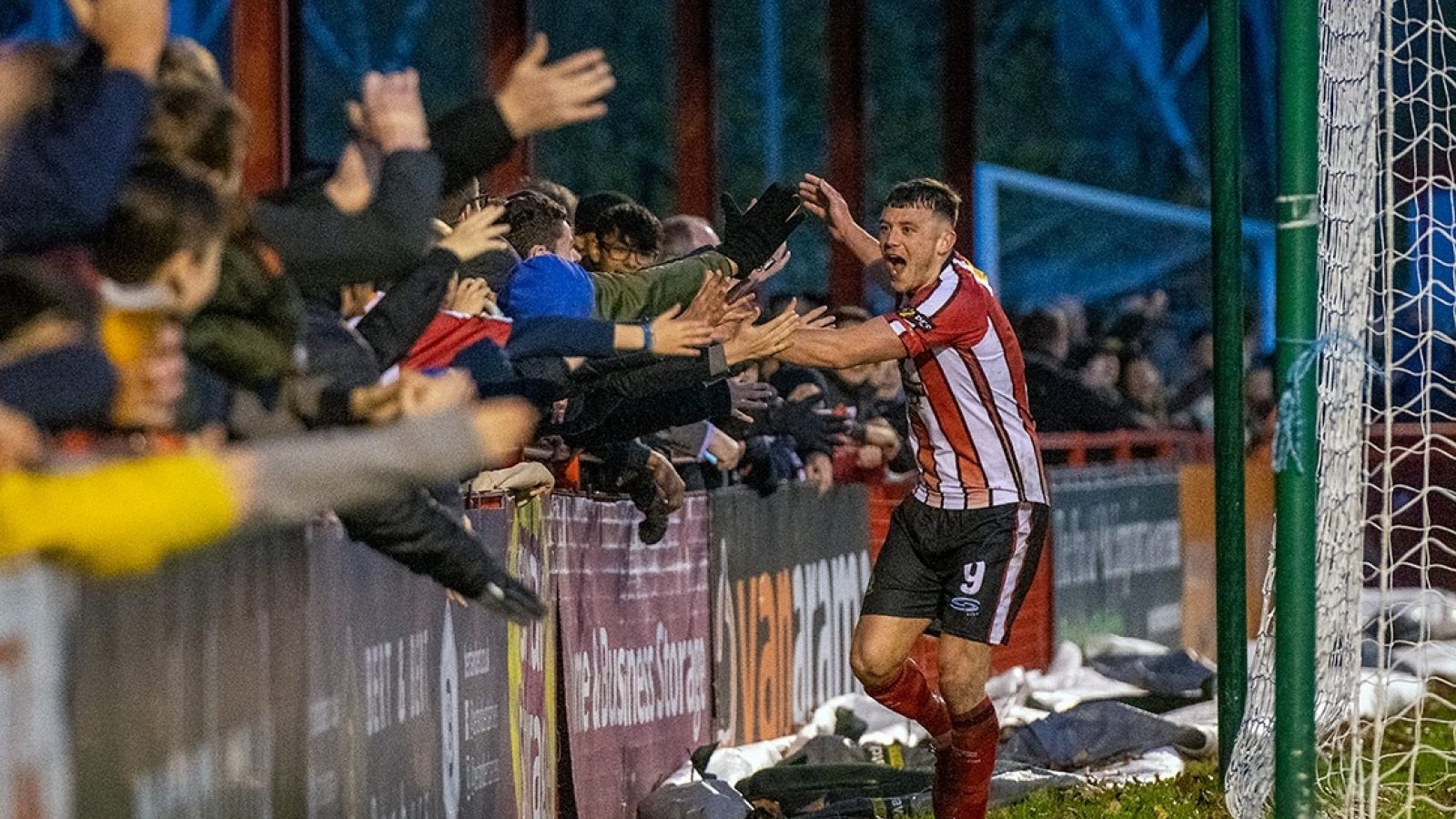 Statement from the board:

Altrincham FC have reluctantly accepted a substantial offer from AFC Fylde for striker Jordan Hulme but have vowed to make all the funds available to manager Phil Parkinson to strengthen the squad.

Jordan has been a key component of the success story under Phil and Neil Sorvel over the past three seasons and was primed to lead the attack once more, on Alty’s return to the Vanarama National League, after recently signing a deal for the next two years.

He described the contract extension as a ‘no-brainer’ and was fully focused on continuing his goalscoring exploits in Alty colours, until Fylde intervened with a move to instal him as the spearhead of a National League North promotion campaign.

Their bid reflected the importance they place on Jordan’s proven record at that level firing them back to the National League at the first attempt.

Talks between the clubs have been ongoing for the past few days, and it became increasingly apparent to Alty bosses that, given the scale of the offer, a move would have to be sanctioned.

The consolation, from an Alty perspective, is that we have had fantastic service from Jordan over the past three years and significant funds will now be available for strengthening and improving a squad that already has an abundance of talent and options.

The club acknowledges it will be seen by everyone as a blow, losing a player whose record of 70 goals in an overall total of 139 appearances speaks for itself and who was a popular, extrovert figure in the dressing room as well as firm crowd favourite.

But such is the financial aspect, it is a deal that brings demonstrable benefits for both Jordan, who turns 30 in less than two months, and the club and that makes sense for both parties.

Phil and his staff will be as meticulous as ever over reinforcements, rather than acting in haste, and will ensure any potential recruit is the right fit for a squad that has had unity as well as ability throughout his three-year reign.

But an assurance has been given that the funds will be reinvested in the team in full, and they will be.

While possible candidates are scrutinised, Phil will have no hesitation placing his trust in the ever-reliable Tom Peers, as well as considering the claims of Curtis Miller and Lewis Salmon, who have both waited patiently for opportunities while Jordan has taken centre stage. Curtis has shown up prominently in pre-season games, while Lewis repeatedly impressed on loan at Trafford and is now gaining valuable experience with Stalybridge.

In the meantime, we thank Jordan for his sterling efforts as a mainstay of a spectacular revival in Alty’s fortunes and wish him every success in his new venture.

We will bring you the thoughts of Phil Parkinson, whose focus at the moment is solely on Saturday’s National League opener with Weymouth at The J.Davidson Stadium, and director of football Rob Esteva on Jordan’s departure in the next few days.