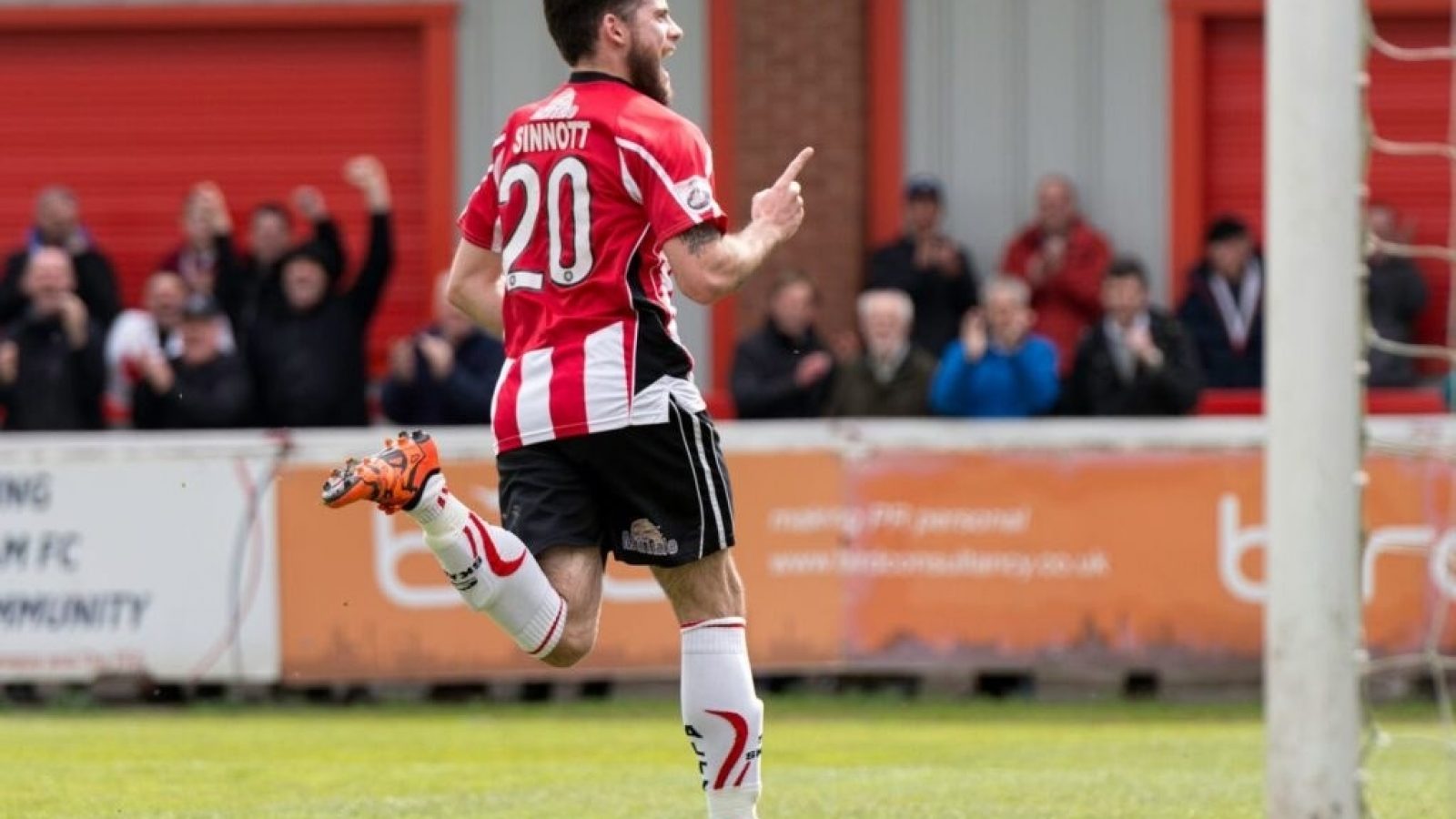 Everyone at Altrincham Football Club is shocked & very saddened to learn of the passing of Jordan Sinnott.

The 25 year old former Altrincham midfielder died at 17.52 this evening with his family at his bedside, following an incident last night in Retford, Nottinghamshire.

Jordan's father, Lee, who was Altrincham manager for almost 5 years between 2011-2016, has been in contact with Altrincham Chairman, Grahame Rowley, to confirm this dreadful news & everyone connected with Altrincham Football Club sends their condolences to Lee & the Sinnott family,

Jordan joined Altrincham on loan from Huddersfield Town in December 2011 & had a further loan spell at Bury before being released by the Yorkshire club, for whom he made 2 first team starts & 3 substitute appearances.

He then rejoined the Robins in February 2015 & was with the club until the end of the 2015/16 season, making a career total of 62 starts & 7 substitute appearances, scoring 4 goals.

Jordan joined FC Halifax Town for the 2016/17 season, helping the Shaymen to promotion to the National League with a dramatic 2-1 extra-time victory over Chorley.

His impressive performances during that promotion campaign earned him a move back into the Football League with Chesterfield, however he wasn't able to fully establish himself with the Spireites, making just 8 appearances & scoring 1 goal & joined Alfreton Town on his release at the end of the 2017/18 season, teaming up once again with his manager at Halifax, Billy Heath.

Jordan has been on loan at Matlock Town this season & less than 2 weeks ago scored a hat-trick in an Integro League Cup 2nd Round tie at Basford United that the Gladiators won 5-0.