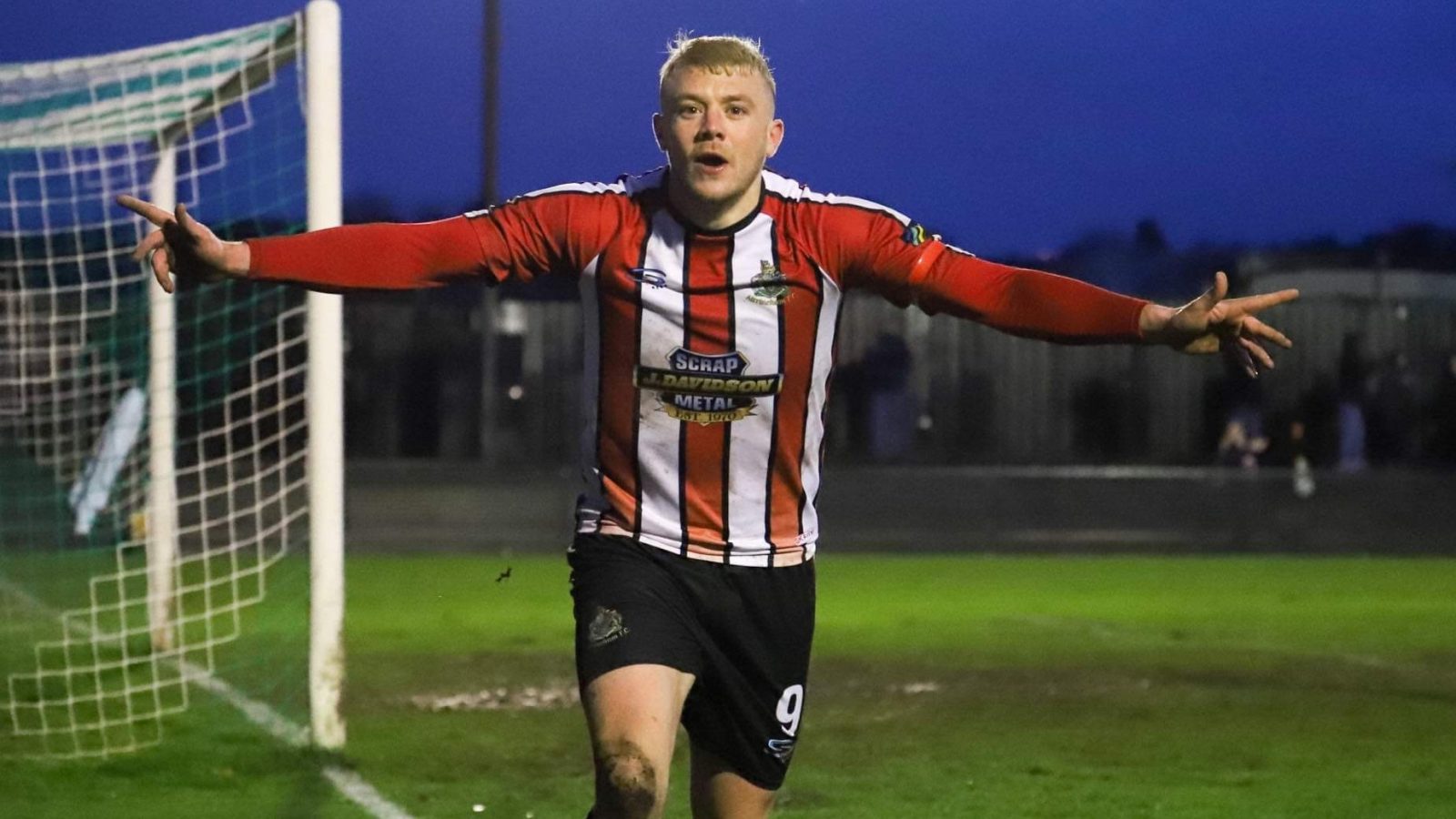 Josh Hancock is Alty’s leading scorer so far with 15 strikes in the league, with Jordan Hulme hot on heels with 14. Hancock is one of the most experienced players for the Robins, and at 29 years old, has been a key consistent cog in Phil Parkinson’s side. With his superb twist and turns with his back to goal, and late runs into the box, he has an impressive goal tally for from the number ten role.

Striker Jordan Hulme has featured in all 33 matches so far, scoring 14 times. At 29, he is also one of the most experienced members of the squad and his character and style has previously been likened to Zlatan Ibrahimović. Not only have his goals been key, but his assists have been equally as crucial for the Robins this season and he produced one of his best performances of the season last time out in the win over Spennymoor Town.

Defender James Jones has been a standout performer at the heart of back four alongside Tom Hannigan and he has contributed six goals to complement his superb defensive performances. The team have kept five clean sheets in their 14 games in 2020 and they will look to maintain that impressive recent record when the league resumes. Tony Thompson has been a key figure between the posts for the Robins and his stunning point-blank save in the Spennymoor game as such a crucial moment of the match, showed just how important he is to the side.

Another key man that has to be mentioned is skipper Jake Moult. The Alty veteran continues to play at a high consistent level that makes him one of the first names on Phil Parkinson's teamsheet. Not only does he lead an inspire the team, but his shielding role in front of the back four has been key in the recent defensive improvement within the team.

Altrincham are in a good position at the moment as they sit in the play-off places, and the focus once football returns will firmly be on cementing a play-off finish when this crazy season concludes.